Rapper and six-time Grammy nominee Travis Scott will perform with Maroon 5, and Atlanta native Big Boi was announced as host for the proceedings at Mercedes-Benz Stadium. 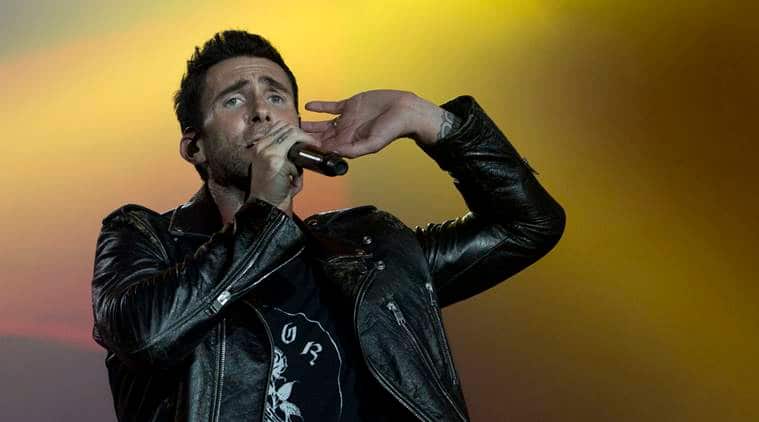 Three-time Grammy Award winner Maroon 5 was officially announced as the headliner for the Super Bowl LIII halftime show in Atlanta, the band and CBS Sports announced.

Rapper and six-time Grammy nominee Travis Scott will perform with the band, and Atlanta native Big Boi was announced as host for the proceedings at Mercedes-Benz Stadium.

Maroon 5’s role in the halftime show had been speculated for months, but there was no shortage of public outcry for the band to not do the show because of the controversies surrounding Colin Kaepernick and other players who have knelt for the national anthem.

Scott also announced that he and the NFL are making a joint $500,000 donation to social justice nonprofit Dream Corps.

“I back anyone who takes a stand for what they believe in,” Scott reportedly said in a statement. “I know being an artist that it’s in my power to inspire. So before confirming the Super Bowl Halftime performance, I made sure to partner with the NFL on this important donation. I am proud to support Dream Corps and the work they do that will hopefully inspire and promote change.”

According to multiple reports, Scott told the NFL he would not perform in the show without the NFL first agreeing to the donation. Nonetheless, there was no shortage of anger and unhappiness on Twitter following the announcement Sunday.

Maroon 5 have sold more than 53 million albums and 48 million singles and set a record for the most No. 1 singles (nine) by a group in the 20-year history of the top-40 chart.

The band’s sixth studio album, “Red Pill Blues,” released in late 2017, features their current hit single “Girls Like You,” which was No. 1 on the charts for seven consecutive weeks. The track has become the longest-running song in the top 10 on Billboard’s Hot 100, and according to Nielsen Music, the band recently finished 2018 as the biggest act on U.S. radio.

Scott’s No. 1 single “Sicko Mode” was nominated for a Grammy for best rap performance and best rap song, and his latest album, “Astroworld,” also earned a Grammy nomination for best rap album.

Big Boi is best known as a member of hip-hop duo Outkast, which has sold 25 million albums and won six Grammys. His most-recent album, “Boomiverse,” was released in June 2017.