Ritu Phogat trains in Singapore for ONE Championship debut

Ritu Phogat had earlier this year decided to change the course of her career and go the Mixed Martial Arts way. 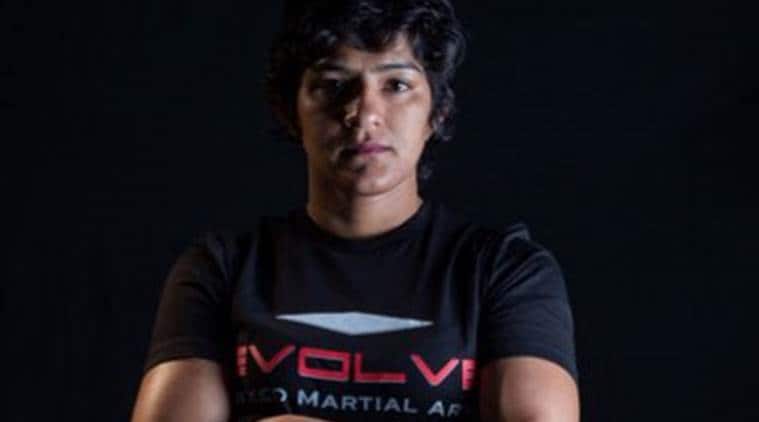 The 24-year-old, who has achieved several top honours in wrestling for India, signed up with Singapore-based MMA organisation Evolve in February this year. (File)

Former India wrestler Ritu Phogat has been training hard at Singapore mixed martial art academy ahead of her debut in the ONE Championship, to be broadcasted in more than 140 countries.

Ritu, who comes from a family of decorated wrestlers with sisters Geeta, Babita, Sangeeta and cousin Vinesh all renowned professional grapplers, had earlier this year decided to change the course of her career and go the Mixed Martial Arts way.

The 24-year-old, who has achieved several top honours in wrestling for India, signed up with Singapore-based MMA organisation Evolve in February this year and is now looking forward to win the ONE Championship.

“I hope to win the ONE Championship,” Ritu told PTI on Saturday.

“The training at Evolve MMA is strengthening me in martial art disciplines and boosting my confidence,” she added.

Ritu, who trains twice a day in all different martial arts like Brazilian Jiu-Jitsu, Muay Thai, wrestling and boxing, said she was working on improving her strength, agility and speed .

“Strength and conditioning supplements my workout routine to improve my strength, conditioning, agility, and speed,” she said.

“Ritu Phogat will be competing in the 52kg Atomweight division when she debuts in the Championship,” said Jason Petlueng, director of marketing at Evolve Mixed Martial Arts (MMA) which has over 700 trainees in various phases.

“It will show that Indians can compete on the global stage of mixed martial arts with the rest of the world,” Petlueng, who is scouting for more Indian wrestlers to join the academy, said.

Teco Shinzato, a Brazilian Jiu-Jitsu World Champion and EVOLVE MMA Instructor, added: “Ritu is a world-class wrestler and is learning all the other martial arts disciplines very quickly.

“Everyone at EVOLVE MMA believes she has what it takes to become India’s first ever mixed martial arts World Champion,” said Shinzato.

The 23-year old Mainam, who has been wrestling since the age of 9, comes from Guru Hanuman Akhara, India’s oldest and most prestigious wrestling camp.

Petlueng believes more and more Indian wrestlers have the potential of taking up mixed martial art and participate in global competition.

His long-term plans are to set up an Evolve MMA academy in each global city including Indian metros.