Ritu Phogat MMA Debut Live Streaming: When and where to watch One Championship

Ritu Phogat MMA Debut Match Date, Time, Venue: The 25-year-old will be taking on South Korea's Kim Nam-hee in an atomweight contest of “ONE: Age of Dragons” in Beijing, China. 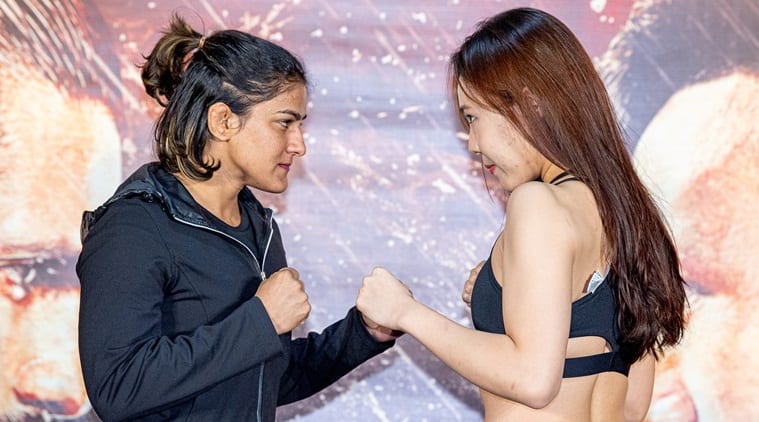 Hailing from one of the most famous wrestling families of the nation, the 25-year-old started wrestling at eight under the mentorship of her experienced father Mahavir Singh, marching the same road as her elder sisters Babita and Geeta who have also acquired gold in the Commonwealth Games.

READ | Dangal in China: The story of wrestler Ritu Phogat

Adding to the bank of Indian MMA fighters, Ritu joins the likes of UFC-appeared Bharat Khandare, Himanshu Kaushik, Puja Tomar, and Rahul Raju. Talking about her passion which came into being when she was 18, Ritu dreams of becoming the first Indian woman to win a World Championship Belt.

It is owned by Chatri Sityodtong, who is also the owner of Asia’s biggest fighting promotion ONE Championship.

Where will Ritu Phogat’s MMA debut match be held?

Ritu Phogat’s MMA debut will be held in Beijing, China.

How do I watch the live streaming of Ritu Phogat’s MMA debut match?

The live streaming of Ritu Phogat’s MMA debut will be available on Hotstar and on ONE’s YouTube channel.

Virat Kohli is an inspiration to everybody: Jersey actor Shahid Kapoor