Indian shooter Abhishek Verma says he will have to achieve a "mental stability of a different level" to claim an Olympic medal. 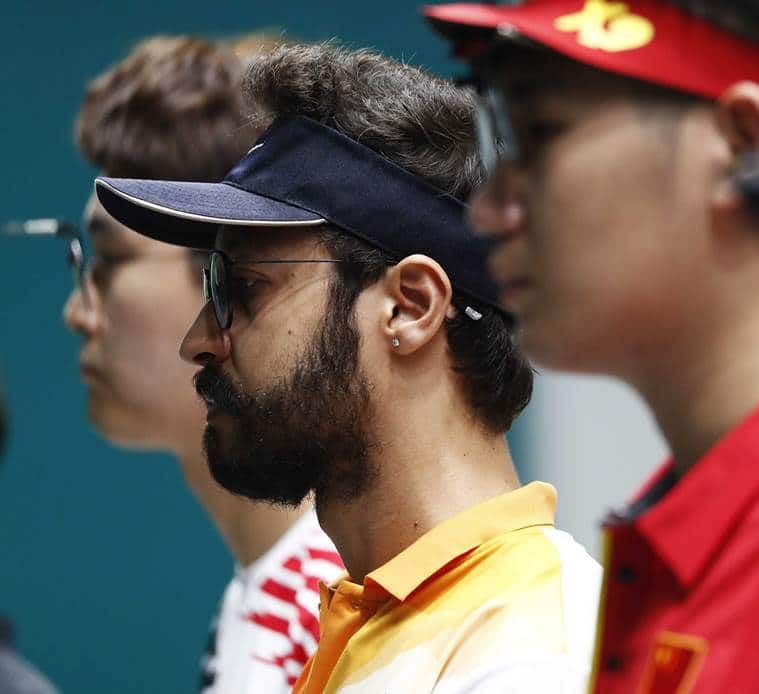 He might have clinched his second World Cup gold last week but Indian shooter Abhishek Verma says he will have to achieve a “mental stability of a different level” to claim an Olympic medal.

The 30-year-old from Haryana, who had secured an Olympic quota place by winning the 10m air pistol gold medal at the Beijing World Cup in April this year, won his second yellow metal in the same event at the Rio World Cup last week.

The Indian also bagged a silver with Yashaswini Singh Deswal in mixed 10m air pistol and his performance has fuelled hopes of a medal at the 2020 Tokyo Games.

“Shooting is more mental than physical. So for the Olympics, we will need mental confidence and stability of a different level. So I plan to do mental exercises, yoga and meditation as preparation for the Games,” Abhishek told PTI.

“I need to work on my overall training technique but the main focus will be on mental calmness. When you are in the final and all are shouting from the back, at that time you can lose focus and that is when you get a 9 or 8, so I need to focus on that.”

“The feeling has sunk in now. I was well prepared for everything. I have been practicing with my coaches according to my schedule. We had a coaching camp at Rio 15 days ahead of the world cup, so all these adds to the confidence and we all have performed well,” he said.

India currently boasts one of the youngest shooting teams in the world and Abhishek said the healthy rivalry at home is helping the Indian shooters.

“It is a good opportunity because there is such tough competition at home only. It gives us confidence and exposure,” he said.

“From Asian Games, me and Sourabh are room mate in every training camp, every competitions, so we discuss our experiences all the time and it helps improve each other’s performance.”

A record 14 Indian rifle and pistol shooters have earned the right to compete in the year-end World Cup Finals, scheduled to be held in Putian, China between November 17 and 23.

“World Cup Finals happens once in two years. This time we have a big team qualifying so we will look to produce a better performance than Rio,” he said.

Till a few years ago, Abhishek was happy pursuing law while spending his time as a hobby shooter in one of the shooting ranges at Hisar.

“I had done computer engineering first and then did a course in law. I always had interest in shooting but didn’t get the platform. When a shooting range had opened in Hisar, Haryana, I joined it as a hobby. I used to go for 30-40 minutes but focus was on law only,” he said.

“But as I was about to complete law, my scores in shooting had improved a lot. I played in a state event and got a gold and that gave me confidence that I can do well. So after completing law, in 2017, I decided to give shooting my everything for a year.”

Soon results started showing as he won a gold medal in 50m air pistol at North Zone and also performed well at the Nationals.

“I claimed gold in 50m North Zone, then at the Nationals, I got a silver in civilian category. After that I scored well in trials and finals and I was in the Indian squad,” he said.

“In 2018, my aim was to get into the squad but I also won a medal at Asian Games, so I was getting things extra. So after that I had decided that shooting is all I would do now.”