More than just sport! Athletes who stood up for a social cause in 2017

A lot of hardwork goes behind the players who achieve success. But only some star athletes use their popularity for the right cause. 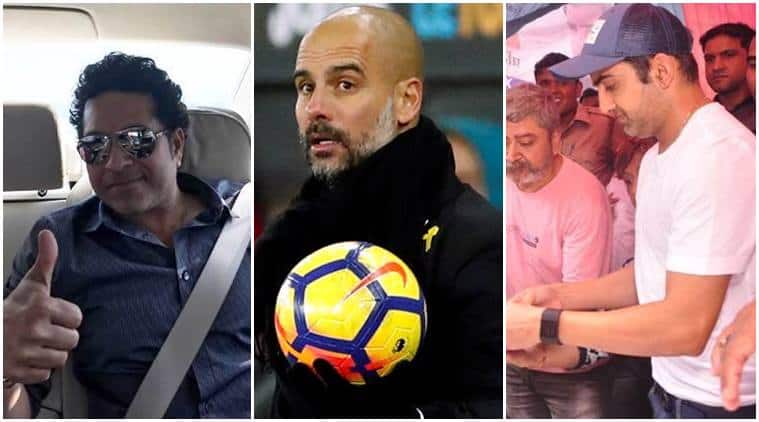 Athletes who stood up for a social cause this year.

Our sports stars are idols we love and worship. A lot of hardwork goes behind the players who achieve success and with that, fame follows. But only some star athletes use their popularity for the right cause.

With such fan following, every word spoken by these sports stars and their actions carry a lot of power – the power to make a difference. This year, we saw some of these athletes making tough yet impressive choices. From as big as NFL players not standing during their national anthem to protest racism to simple things like Virender Sehwag asking people to avoid tripling while riding a two-wheeler, they all had an impact at their own level on the society and more importantly, made us think. 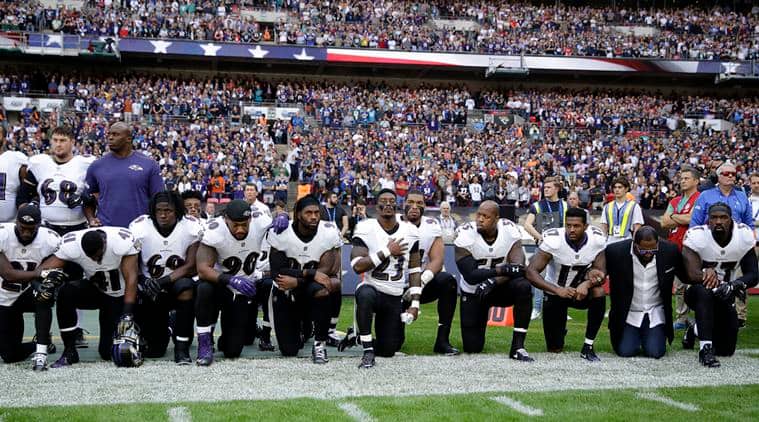 Probably the biggest form of protest taken up by a group of athletes this year, NFL players participated in take-a-knee protest – an act repeatedly criticised by US President Donald Trump. The year 2017 saw a major trend of players in teams across the US National Football league protesting against racism and police brutality by kneeling during the National Anthem. The movement was started by quarterback Colin Kaepernick in 2016 but caught on this year as protests were seen at almost every NFL game held in the United States, as well as at a match held at Wembley Stadium, in London. Sachin Tendulkar has been consistently cheering for women athletes in India and abroad. Tendulkar has not only spoken about road safety on social media but has taken a further step by cautioning people riding two-wheelers to wear helmets.

He then batted for another big cause by adopting Donja village in Osmanabad (Maharashtra) under the Sansad Adarsh Gram Yojna. Osmanabad has been reeling under severe drought over the last few years and has also recorded a steep rise in incidents of farmers’ suicide.

Tendulkar then ended 2017 with a blast. Not being allowed to speak in the Rajya Sabha, the ‘Master Blaster’ took to Facebook to finish his speech where he emphasised on the importance of sports in India and how women athletes have made the country proud time and again. 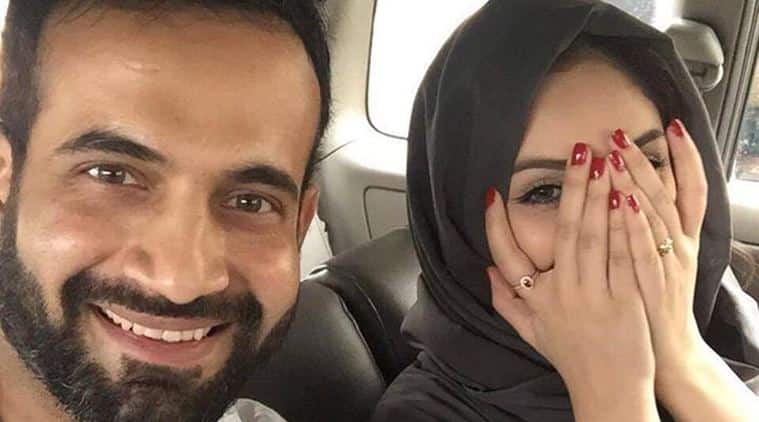 Kaif and Pathan stood up against religious bigots who harassed them for the simplest of things. While Pathan was attacked for celebrating the Hindu festival ‘Rakhi’, he was also shamed for the biggest crime in the world – uploading a picture with his wife in which a part of her arms, while trying to hide her face, were visible. Oh, and not to forget, how dare she wear nail polish! The cricketer hit back at the moral police and said, “Using foul language. Talking each other rudely on basis of religion. It shows nothing but ur [your] own learning which some ppl [people] have gathered in their mind over the years. Stop this nonsense of putting each other down,” wrote Irfan.

A girl was molested on an airline and the people are busy discussing nationality and religion.
It amazes me what our mindset is becoming

Even after a Bollywood teen actress alleged harassment on a flight, Pathan slammed people for derailing from the topic and discussing her religion instead. “A girl was molested on an airline and the people are busy discussing nationality and religion. It amazes me what our mindset is becoming,” Pathan said on Twitter. 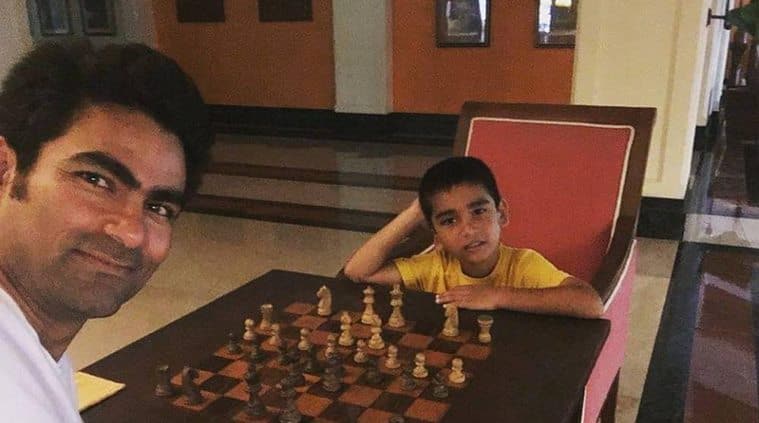 Kaif, on the other hand, committed an even bigger ‘crime’. He posted a picture of himself with his son enjoying a game of chess. Moral police on social media responded by telling him that chess is haram in Islam. With time, stars develop patience and figure out how to deal with nonsense thrown at them. Kaif too kept his calm and asked if breathing was also haram. 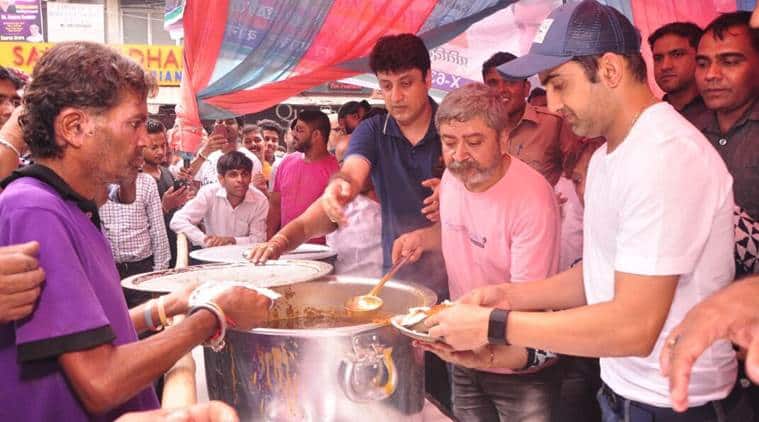 Gambhir has a big heart. And his acts prove just that. In April this year, Gambhir pledged to bear the educational expenses of the children of 25 CRPF personnel killed by Maoists in Chhattisgarh. A month before the generous act, Gambhir lent financial assistance to 1998 Asian Games gold medallist Dingko Singh, who was suffering from cancer but didn’t have enough money for his treatment. “It is really tragic the way we treat our sportspersons. I mean here is a guy who has won gold at Asian Games, Arjuna Award and is a Padma Shri. I am sure there are ways to look after him. I have done something which I won’t like to publicise here,” Gambhir had said.

In September, Gambhir announced that he would pay for the education of the daughter of assistant sub-inspector (ASI) of police Abdul Rasheed who was martyred in an attack by terrorists in Jammu and Kashmir’s Anantnag.

Zohra,I can’t put u 2 sleep wid a lullaby but I’ll help u 2 wake up 2 live ur dreams. Will support ur education 4 lifetime #daughterofIndia pic.twitter.com/XKINUKLD6x

His foundation also started a free community kitchen in Delhi’s West Patel Nagar area where he was himself seen supervising the operations on the first day of the kitchen’s opening. A picture of him serving food at the community kitchen won millions of hearts. Some sports personalities refrain from making a political statement, which have their own consequenses. But that did not stop current Manchester City manager and former Barcelona player Guardiola along with Gerard Pique from speaking out in support of Catalonian struggle for independence. Pique, who even offered to end Spain career over the region’s push for independence from Spain, has been very vocal about the cause and has borne the brunt of it. He was booed by Spain fans during a training session while some even called out names when he arrived at the training ground. Guardiola, in contrast, adopted a silent protest as he was seen wearing a yellow ribbon in few matches in support of the Catalan politicians who were jailed during the fight for independence. 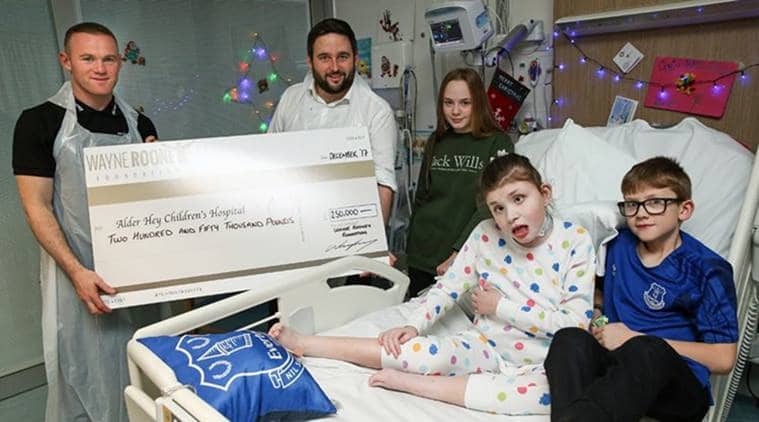 Tagged as the most charitable athlete, Cristiano Ronaldo donated his replica Ballon d’Or trophy of 2013 to a charity event in London this October. The silverware fetched him a whopping £600,000. Wayne Rooney became the latest in the list of footballers to have made a generous donation. He donated £750,000 to children’s charities just a few days before Christmas.

In March, Barcelona superstar Lionel Messi funded the construction of 20 classrooms in war-torn Syria. The donation has allowed more than 1,600 children to continue to be educated in ‘adequately furnished classrooms’, according to Marca. He wrote in a social media post in March: “A war day is too much. The children of Syria have been subjected to violence and cruelty for SIX years in a conflict that holds them hostage.”

Russia, Turkey sign deal on supply of S-400 SAMs; Ankara to borrow in Rouble instead of Dollar: Reports