Milkha Singh was the one who put Indian athletics on the world map by winning the gold in the then 440 yards race of the 1958 British and Commonwealth Games.

One of independent India's biggest sporting icons was a tormented man but refused to let that come in the way of accomplishments which were unheard of in his era. (Express Archive)

Milkha Singh death reactions updates: Iconic sprinter Milkha Singh was cremated with full state honours on Saturday in Chandigarh, marking the end of an era in which his pioneering accomplishments on the track galvanised a newly-independent India.

Milkha, who was 91, was bid a tearful adieu in the presence of his family members and several dignitaries, including sports minister Kiren Rijiju. ‘The Flying Sikh’, as he was fondly called, died on Friday night due to COVID-19 related complications.

Five days ago, Milkha’s wife, Nirmal Kaur, a former India volleyball captain, had lost her battle with the virus at the same Mohali hospital where the legendary runner breathed his last. Milkha is survived by 14-time international winner and golfer son Jeev Milkha Singh, daughters Mona Singh, Sonia Singh and Aleeza Grover — and a legacy that is part of India’s sporting lore.

Milkha, the Flying Sikh, had tested positive for the virus on May 20 and was admitted to a private hospital in Mohali on May 24. He had been discharged on May 30 before he was admitted to the Covid ward at the Nehru Hospital Extension at PGIMER on June 3 due to dipping oxygen levels. The former Indian athlete had tested negative on Thursday earlier this week and was shifted to the medical ICU.

His condition deteriorated Friday evening as he developed complications, including fever and dipping oxygen saturation levels, after a bout with Covid-19.

Earlier, today the funeral procession started from Milkha’s Sector 8 residence. His body was carried in a bedecked vehicle, with common people turning up along the short route to the Sector 25 cremation ground to pay their last respects to the legend. The Milkha died on Friday night after a month-long battle with COVID-19. He had lost his former national volleyball captain wife Nirmal Kaur to the same ailment on Sunday.

A police contingent reversed arms and sounded the last post in the sprinter’s honour. Milkha was also given a gun salute.

Milkha, who was 91, was bid a tearful adieu in the presence of his family members and several dignitaries, including sports minister Kiren Rijiju. ‘The Flying Sikh’, as he was fondly called, died on Friday night due to COVID-19 related complications.

Sands of time: A glowing tribute

“I met Milkha ji for the first time in 1982 and it was a memorable one. He advised me to focus on participating in international meets to improve my level,” PT Usha told PTI. “Go and run outside the country, only then you can improve yourself."

Dark clouds of sadness prevail with the demise of my idol and inspiration Milkha Singhji. His story of sheer determination and hard work inspired millions and will continue to do so. As a tribute to him, students of Usha School paid homage to the legend.
Rest in Peace 🙏 pic.twitter.com/mLBQQ2ge3v

Neeraj Chopra yet to take a call on Lausanne Diamond League
NEROCA wade over TRAU FC 3-1 in inaugural ‘Imphal derby’ of Durand Cup
‘I can’t say if I will be selected or not’: Deepak Chah...
Chelsea investigates incident of alleged racist abuse
When English football legend Gary Lineker faced Windies pace great Courtn...
More from Sports >>
Milkha Singh on his last lap

The last rites of #MilkhaSingh will take place at 5 pm in Chandigarh with state honours.

India says goodbye to an icon and an inspiration. Your legacy will keep guiding and inspiring generations of sportsperson. Rest in peace, sir. #MilkhaSinghJi

Throwback with the legend

"My only wish before I leave this planet is to see an Indian on the Olympic podium with the tri-colour flying high and the national anthem being played in the background,” the Padma Shri awardee had said. 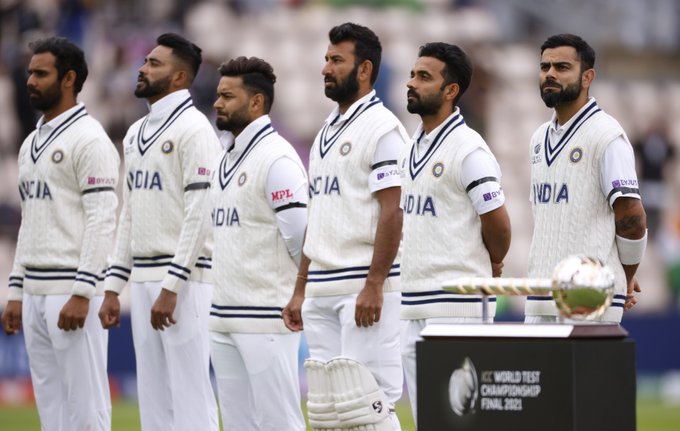 National anthems for the first World Test Championship final! Team India is wearing a black armband at Southampton in memory of sporting icon Milkha Singh, who died at the age of 91 due to Covid-19 on Friday. Follow INDvNZ Live Blog

"Mera record todne wala India mein paida nahi hua (the one who can break my record is not born yet in India)," he had famously said in 1991 and he hung on to that belief even when that record was shattered.

Milkha Singh was a four-time Asian Games gold-medallist and the 1958 Commonwealth Games champion but his greatest performance was a near miss, the fourth place finish in the 400m final of the 1960 Rome Olympics.

Megastar Amitabh Bachchan, Mohanlal, superstar Shah Rukh Khan, Akshay Kumar, Ajay Devgn, actor-filmmaker Farhan Akhtar and others from the Indian film industry mourned the end of an era as they paid tributes to sprint icon Milkha Singh, describing him as an epitome of "hard work" and "determination".

The Flying Sikh may no longer be with us in person but his presence will always be felt and his legacy will remain unmatched... An inspiration to me... an inspiration to millions. Rest in Peace Milkha Singh sir.

Incredibly sad to hear about the demise of #MilkhaSingh ji. The one character I forever regret not playing on-screen!
May you have a golden run in heaven, Flying Sikh. Om shanti, Sir 🙏🏻

The “Flying Sikh” will inspire generations to come. In his honour, here's our special tribute to legend Milkha Singh. His legacy will live forever in our hearts.

A legacy that inspired a whole nation to aim for excellence. To never give up and chase your dreams. Rest in Peace #MilkhaSingh ji 🙏. You will never be forgotten. pic.twitter.com/IXVmM86Hiv

Punjab Chief Minister Capt. Amarinder Singh has announced a State Funeral to Milkha Singh on Saturday. Also, the state will observe a one-day of State mourning as a mark of respect to the departed legend. Besides, Union Sports Minister Kiren Rijiju also tweeted saying,' I'm leaving for Chandigarh to attend the funeral of #MilkhaSingh Ji. I'm carrying the message of Hon'ble Prime Minister Shri @narendramodi Ji for the family and will pay my tribute to the pride of India, the legendary #FlyingSikh."

Have directed that Late Milkha Singh Ji will be given a State Funeral by our Government. Also Punjab will observe one day of State mourning as a mark of respect to the departed legend. pic.twitter.com/V5ewngTO0j

I'm leaving for Chandigarh to attend the funeral of #MilkhaSingh Ji. I'm carrying the message of Hon'ble Prime Minister Shri @narendramodi Ji for the family and will pay my tribute to the pride of India, the legendary #FlyingSikh 🙏 https://t.co/UX5ssnnLY8

‘If Milkha Singh was born in present times, no one would be able to break his record in 100 yrs’ 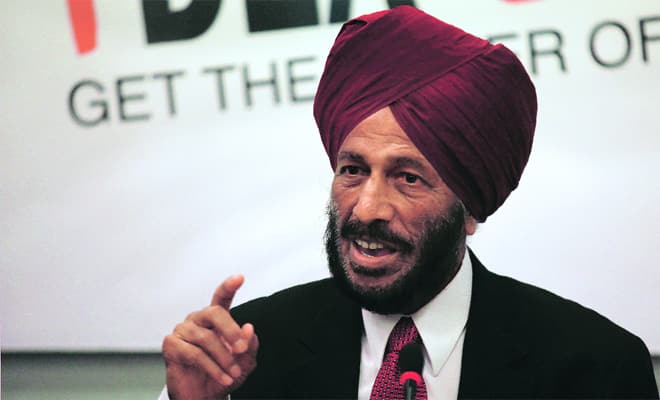 Legendary athlete Milkha Singh’s story is one of guts and glory, now the subject of a biopic. In this Idea Exchange moderated by Senior Assistant Editor Nihal Koshie, he talked about the race he ran to finish fourth in the 1960 Rome Olympics and how he cried when he saw Bhaag Milkha Bhaag. Read

Milkha Singh to be cremated on Saturday evening

Singh, born in Gobindpura – in present day Pakistan – was the first Indian track and field athlete to win gold in the then British Empire and Commonwealth Games in Cardiff in 1958. He remained the only one for more than 50 years before discus thrower Krishna Poonia won gold at the 2010 CWG in Delhi. Singh had beaten Malcolm Spence of South Africa with a timing of 46.6 seconds in the Scottish city.

In 2019, Singh had celebrated his 90th birthday with family members at his Sector 8 residence in Chandigarh. “It’s a special day for me and the whole family but celebrations can wait. The reason I am here to see this day is my fitness regime and that’s what I follow at the start of the day. It’s like a prayer for an athlete like me and I believe that as long as a person is fit, he remains active. When I am not playing golf, I go for a jog for more than two kms at Sukhna Lake. I want people to be passionate about fitness. Whether it is working people or senior citizens, they need to take 10 minutes of physical exercise daily at home or a park and I am glad that I can motivate people at this age too for fitness,” Singh had told The Indian Express that day.