The group of officials that chased the proxy returned to the track only to realise that Amit Dahiya had gone into hiding. 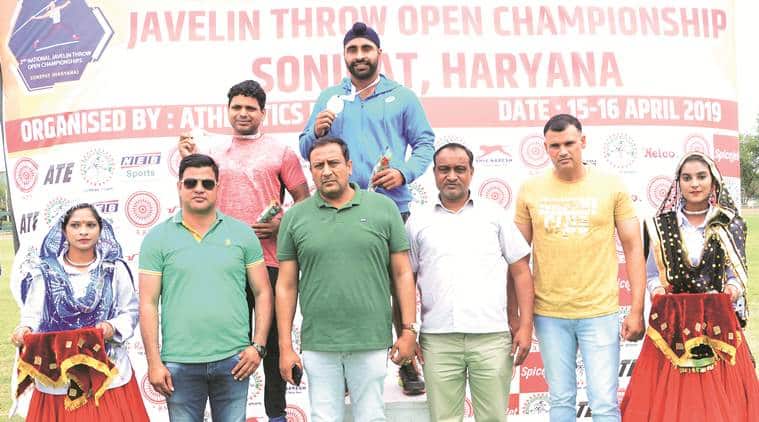 Just two on the podium: While Vipin Panwar (silver) and Davinder Singh Kang (gold) took their designated positions during the medal ceremony, bronze medallist Amit Dahiya was conspicuous by his absence.

The final day of the open trials for javelin throwers saw unusual scenes. It started with the National Anti-Doping Agency (NADA) officials spotting an imposter posing as the bronze medallist Amit Dahiya. This was followed by the bizarre sight of him sprinting out of the venue, crossing the road and disappearing into the fields. The group of officials that chased the proxy returned to the track only to realise that Dahiya had gone into hiding.

The final frame of the day with just two throwers – Davinder Singh Kang (gold) and Vipin Panwar (silver) – on the podium summed up the reigning commotion and confusion as the curtain went down on Athletics Federation of India’s (AFI) ambitious talent hunt to discover the next Neeraj Chopra.

The drama kicked off after the men’s finals when Haryana thrower Dahiya was asked by NADA officials to head to the testing area. However, during the verification process the officials realised that the person who had come to provide them the urine sample wasn’t the bronze medallist. Realising that their plan had failed, Dahiya’s proxy fled from the testing room. As the NADA officers ran after him, officials from the Haryana State Athletics President and security guards too joined the pursuit.

“Woh dekho kheton ke beech se bhag raha hai. (Look at him running through the fields),” an official said while pointing to a fading figure. Later, the search party tried to find Dahiya but failed. A stadium guard told the officials that he had seen Dahiya nervously walking near the exit, only to head back to the track.

Haryana State Athletics secretary Raj Kumar Mittan, said it was futile to hide as they had Dahiya’s records.

“We need to take a look at his file to find out more about the athlete. At the moment, we can tell you that he was asked to take a dope test and he did not turn up and also gave the medal ceremony a miss. We have to wait for NADA’s report and see what our parent body, the Athletics Federation of India, decides on the case,” he told The Indian Express.

According to anti-doping rules, an athlete faces sanctions if he/she misses a dope test three times in 12 months. However, a source said Tuesday’s incident won’t qualify as a missed test. Instead, it will be seen as a deliberate attempt to escape and hence, it is likely that it will be treated as an anti-doping rule violation. A National Anti-Doping Agency disciplinary panel will decide if Dahiya should be suspended for two years or four. Athletes evading a dope test isn’t uncommon on the athletics circuit but sending in a proxy seems unheard of.

A day after breaking the U-18 national record in the preliminary rounds, Rohit Yadav managed a best throw of 81.73m, 2cm short of his record throw on Monday, to lift the title in his age group. The 17-year-old’s throw was more than 8 metres better than runner-up Nand Kishor Singh, whose best hurl of the day went 73.01m. The third spot was taken by Yashvir Singh (71.54m.)

Throwers during the two-day nationals were keenly observed by national javelin coach Uwe Hohn and sports scientist Klaus Bartonietz. Understandably, Yadav’s performance caught their eye. After his event, Klaus asked Yadav where he had learnt throwing from and the youngster answered: “YouTube, sir.”

“So you are the Julius Yego (Olympic silver and Worlds gold medallist who learnt his trade by watching Youtube videos) of India? But your technique is better than him,” Klaus told the youngster.

Coach Hohn too feels that he has great potential and has a “feel” for the javelin which other youngsters were missing. Yadav, who is from Jaunpur district in Uttar Pradesh, had a primitive initiation into the sport.

His first javelin was made from the bamboo stick he cut from the field. His father, 65, is a veteran marathoner who takes part in at least 12 competitions a year.

“My dad utilises all the money he earns on my training. I want to make it big like Neeraj Chopra (2018 Asian and Commonwealth champion) so that I can support my family,” Yadav said.

For now, he can rejoice in the fact that he’s been able to impress the only man who has breached the 100m mark, Hohn. The East German had a word with Yadav before leaving the ground. “Come train with us in Patiala sometime.”