If football had followed hockey model, Sunil Chhetri would have won Ballon d’Or

How many serious hockey followers around the world would call Harmanpreet Singh the best player in the world, ahead of Belgian duo Alexander Hendrickx and Arthur van Doren? Or place Gurjit Kaur ahead of Dutchwomen Eva de Goede and Frederique Matla? 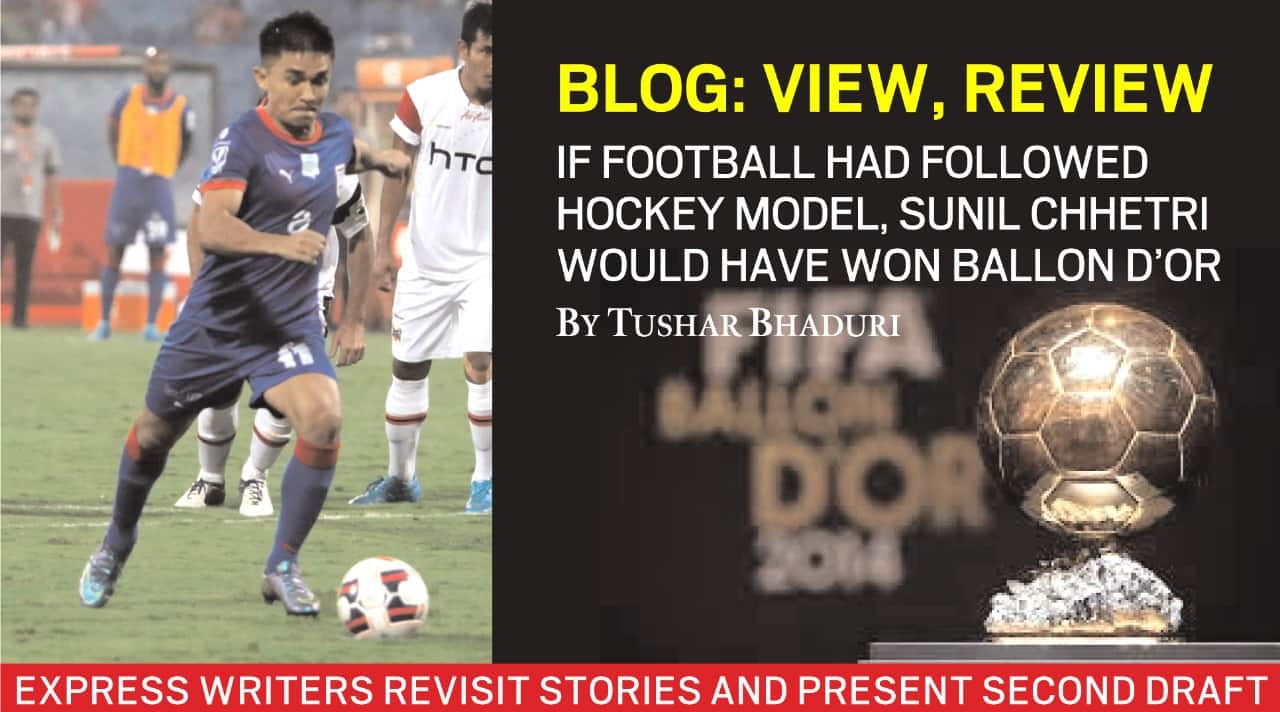 With a population of almost 1.4 billion, there is one field where Indians are almost guaranteed to dominate – popularity contests. In any competition where Indians have a reasonable presence and which is based on public voting – online or on social media – there’s a good chance that they will come out on top.

The Indian men’s hockey team clinched the bronze medal at the Tokyo Olympics, while the women finished fourth. Creditable and historic as these achievements are, they finished behind Belgium and Netherlands, who finished on the top step of the podium in their respective events. So, it is nothing less than a travesty that India ended up sweeping all eight categories at the FIH Hockey Stars Awards 2020-21.

It’s well known that India provides the most eyeballs in world hockey and also generates the highest sponsorship. A combination of popularity and revenue generation prompted the International Hockey Federation (FIH) to bend over backwards and help make India one of the major players in the game, on the turf. Getting them into elite tournaments for which they wouldn’t otherwise qualify and allotting hosting rights of a major event every year can be considered administrative decisions aimed to secure the health of the global game. But when marketing and gimmicks to encourage fan engagement encroach upon what takes place on the field, it’s time for alarm bells.

Sport is meant to be a level playing field where excellence and hard work are rewarded, not just popularity and the amount of social media traffic one can generate. But in a sport with a lopsided revenue generation model, TV ratings and bottom line seem to trump what happens on the pitch. There’s no other reason for India hosting two out of the past three men’s World Cups (and the upcoming one as well) while a small country like Belgium, which has made rapid strides in the sport in a short period – culminating in the World Cup-Olympic double – is denied home advantage. And when they win on alien turf, their achievements are not duly recognised in the awards conducted by the world governing body of the sport.

It’s well known that the sheer numbers of Indians – not just in the country but around the world – and their prolific activity on social media and other voting platforms can skew any contest in their favour. One just has to appeal to their patriotic and nationalistic (or should we say jingoistic) instincts to get their fingers into action.

Congratulations to all winners of the Men’s Awards!#HockeyStarsAwards

Otherwise, how many serious hockey followers around the world would call Harmanpreet Singh the best player in the world, ahead of Belgian duo Alexander Hendrickx and Arthur van Doren?

Or place Gurjit Kaur ahead of Dutchwomen Eva de Goede and Frederique Matla? It’s likely that most of the ‘fans’ who voted for the candidates representing India didn’t care or hadn’t heard about who else was in the running. It’s true that the voting system (50 per cent national captains and coaches, 25 per cent media and the rest fans) was decided much beforehand, but nobody could have predicted that it could provide such logic-defying results.

Congratulations to all winners of the Women’s Awards! #HockeyStarsAwards

Just like nobody predicted that the 2019 50-over World Cup final could be decided by which team hit more boundaries.

The hockey awards become even more eye-popping as the period covered was from January 2020 to the Tokyo Olympics.

Indian dominance of the online space is now an acknowledged fact. One just needs to look at the trolling any less-than-laudatory comment suffers at the fingers of the self-proclaimed defenders of national honour.

Sachin Tendulkar getting the Laureus Sporting Moment of the last two decades was another instance of emotion and sheer numbers trumping logic. He would have been favourite to come out on top anyway, even before Virat Kohli urged his legion of fans to vote for his paaji.

Similarly, Amitabh Bachchan was once voted the greatest actor, on the basis of Indians’ voting prowess. It shows which country has the most people idle to restore national honour online. There’s only one country with a bigger population than India – China, but they hardly ever win such awards despite being a bona fide sporting superpower. Maybe, they don’t have much experience in voting!

Coming back to the FIH awards, one can argue that the Europeans, Australians, New Zealanders and Argentines could have voted in bigger numbers for their candidates. Only 19 of the 42 European member associations were represented in the voting process, while almost 3,00,000 fans participated – a record. Safe to say, a large proportion of them would have gone for the winning candidates.

Those who performed the best on the field – where it actually mattered – seemed to believe, rightly or wrongly, that winning the biggest prize in the sport would take care of everything else.

They wouldn’t have bargained for some one-eyed ‘fans’ ignoring all factors except the nationality of the candidate and the team a coach helmed.

It may be worthwhile to go for a jury of former players and administrators who understand the game and what goes behind excellence of the highest order. Otherwise, such awards would end up rewarding popularity more than quality.

One shudders to think what would happen if football follows hockey’s model of recognising its best. Maybe, the stranglehold of Lionel Messi and Cristiano Ronaldo over the coveted Ballon d’Or would have ended much before it actually did – courtesy a certain Sunil Chhetri and the suddenly-emerging legion of Indian fans!

It also helps that no one country drives the revenue for football in the way India does for cricket and hockey.