How NADA rested as athletes trained

Top stars not tested while number of out-of-competition tests do not meet WADA-mandated norms. 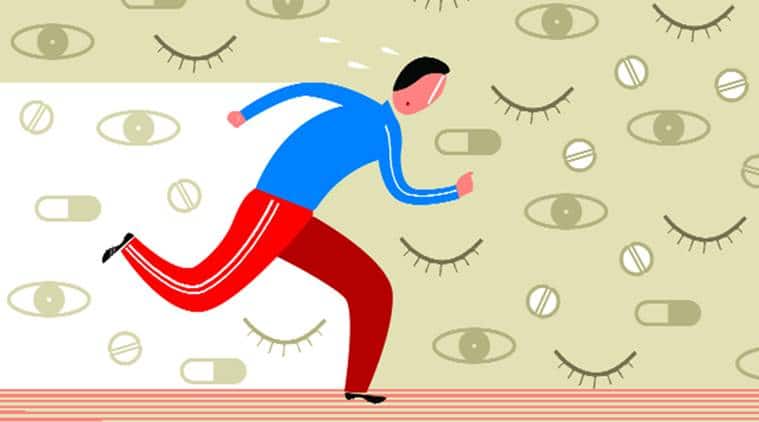 Most Indian athletes in NADA’s two RTPs (from November 2017 to May 2018 and May onward) have been tested less than the mandatory three times. (Illustration: CR Sasikumar)

– In 2016, India’s National Anti-Doping Agency (NADA) conducted 1,122 tests on the country’s track and field athletes. This year, that number is down to 362.

– Hockey, which accounted for just one failed test out of a total of 73 two years ago, is the most-tested sport out of competition, with NADA calling it a ‘high-risk’ game.

– The World Anti-Doping Agency (WADA) stipulates that all athletes in the Registered Testing Pool should be tested at least three times a year out of competition. NADA hasn’t met that target in most cases vis-à-vis Indian athletes.

– Some of the top players, including shuttler PV Sindhu, boxer Vikas Krishan and almost all tennis stars, have not been tested this year at all by the country’s anti-doping watchdog.

These are some of the highlights from data obtained from the NADA under the Right to Information Act, 2005. As per NADA records, 2,062 dope tests were carried out from January to July this year. To put the figure in perspective, UK’s anti-doping agency completed more tests than that (2,842) in just the first quarter of the year while USADA, the American organisation, has conducted 7,544 tests so far this year.

NADA Director General Naveen Agarwal, however, said he is satisfied with the test figures, adding that the total number had reached close to 3,000 by September-end and will surpass their annual target of 3,500 by year-end.

From 2013 to 2015, India was among the top three countries in the world in dope offences, sanctioning more than 100 athletes annually for using performance-enhancing substances. In the 2016 report, the most recent one released by WADA, India fell to the No.6 position. The latest data throws light on the country’s dope-testing programme, which has been under the scanner after sports medicine experts suggested that the lower number of positive cases was because of a sharp reduction in the number of tests conducted.

Out of the 2,062 tests conducted by NADA, 714 were carried out in February alone – most of them during the inaugural Khelo India School Games. The country’s anti-doping sleuths targeted Indian athletes training abroad just 21 times (all in July), collecting urine samples from 14 track and field athletes camping in the Czech Republic prior to the Asian Games, apart from one cyclist training in Germany and six horse riders (one in Holland, two in Germany and three in France).

Spanish footballer Juanan, who plays for Bengaluru FC, and former Delhi Dynamos forward Guyon Fernandez are the only foreign athletes to have been tested by the Indian agency.

One of the striking points in the data procured from NADA is the lower number of out-of-competition tests, especially on those athletes who feature in NADA’s Registered Testing Pool (RTP). The RTP is a list of high-performing athletes who are on the constant watch of anti-doping agencies. They have to share their whereabouts and training schedules with NADA, so they are available for out-of-competition testing at all times, without prior notice.

According to WADA spokesperson Maggie Durand, out-of-competition tests are ‘the most powerful means of deterrence and detection of doping’. Durand said an athlete who is a part of the RTP should be tested at least three times a year. “WADA encourages all NADOs (National Anti-Doping Organisations) to be as rigorous as possible in testing their top stars… such high profile/risk Athletes identified should be part of a Registered Testing Pool which requires the NADO to test the athletes a minimum of three times out of competition a year,” Durand told The Sunday Express via email.

In contrast, most Indian athletes in NADA’s two RTPs (from November 2017 to May 2018 and May onward) have been tested less than the mandatory three times. Several out-of-competition tests were conducted a day or two before a tournament began or just prior to the team’s departure for an event, though it is common knowledge that dope offenders cheat in the build-up to a competition to ensure drugs are washed out well before they arrive at a venue, which is hosting an event.

Weightlifter Deepak Lather, who won the bronze medal in the 69kg weight class at the Gold Coast Commonwealth Games in April, is the most-tested athlete this year. Curiously, his colleague Sathish Sivalingam, who won a gold at the CWG, was tested by NADA just once – in July, three months after his event.

Quartermiler Hima Das was among the most-tested track and field athletes this year till July, with NADA collecting her samples four times while javelin thrower Neeraj Chopra has been tested twice. Wrestlers Vinesh Phogat and Bajrang Punia and shuttler Saina Nehwal are among the athletes who’ve been tested only once.

More than a dozen top athletes have gone a year without getting tested by the country’s anti-doping agency. It includes Sindhu, Krishan, tennis players Rohan Bopanna and Divij Sharan, and shooter Rahi Sarnobat. All these athletes feature in NADA’s testing pool. It must, however, be noted that they would’ve been tested by international testing agencies at tournaments or camps.

Agarwal said one of the reasons for fewer out-of-competition tests is low internet speed, which hinders athletes from updating their whereabouts on WADA’s Anti-Doping Administration and Management System (ADAMS).

“You need high-speed internet to update ADAMS and that is not available to many athletes in normal course. Because of that, they are not able to update their whereabouts from their locations. Also, some people were not able to understand how to go about the process. This will improve with time,” Agarwal said.

According to Agarwal, NADA received 44 suggestions from WADA and it took them a year to streamline their processes. “The Indian NADO received a number of corrective actions around their testing programme which they have since addressed and which WADA will continue to monitor closely,” Durand said.

Hockey, which had just one positive test as per NADA’s 2016 report, is the most-tested sport outside tournaments so far this year. The urine and blood samples of men and women players were collected 92 times out of competition till July, two more than those of track and field athletes. Two years ago, hockey wasn’t even among the top five sports tested by NADA.

But Agarwal said according to their revised risk assessment parameters, based on WADA’s guidelines, hockey is a ‘very high-risk sport’. “Apart from the physiological impact of doping, points like probability of winning medals and popularity of game in the country are also considered. Hockey ranks very high in both, so the number of tests that were to be conducted was pretty high,” he said.

Agarwal added that they won’t be changing their approach to the testing programmes since it complies with WADA’s norms. “But we would be more aggressive on preventive aspects of doping and providing our athletes with better environment to remain clean rather than hounding them,” he said.