Growth has been solid, hope Olympiad will demonstrate it, says Viswanathan Anand

Indian chess has grown consistently in the last three decades, believes five-time world champion Viswanathan Anand, who expressed optimism that the country's progress would be reflected in the Chess Olympiad. 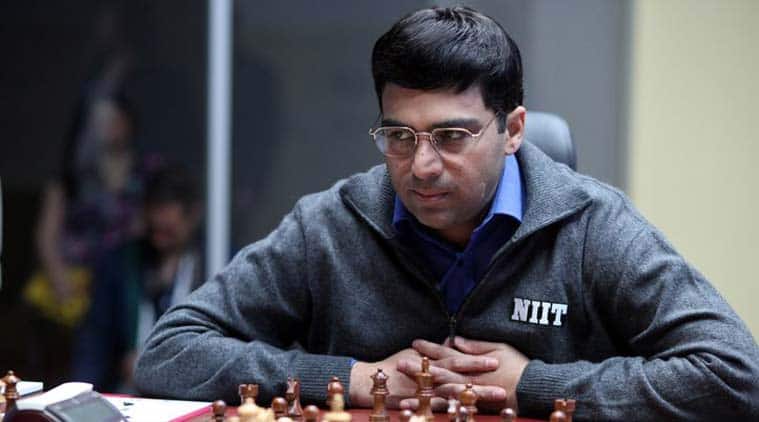 Anand asserted that the team is not aware of the opponents and so a lot of work will have to be done at the Olympiad. (Source: File Photo)

Indian chess has grown consistently in the last three decades, believes five-time world champion Viswanathan Anand, who expressed optimism that the country’s progress would be reflected in the Chess Olympiad.

“I am proud to have played part, (as a) catalyst and convinced a lot of people to try out chess. I was the first Grand Master in 1987 and now we have 52. So that’s quite a growth,” Anand told reporters here.

“Obviously someone like Praggnanandhaa, has done it at the age of 12. But the growth (of chess in India) has been solid and consistent over the last 30 years. Increasing steadily and compounding. I hope the (Chess) Olympiad will a demonstration of that, but it has to happen at many levels. I hope the next (development) will be that some Indian (player) getting into the Candidates,” added 48-year-old Anand.

Anand, the brand ambassador of Fincare Small Finance Bank, was speaking on the sidelines of its event here. The 43rd Chess Olympiad will be held from September 23 to October 7 at Batumi in Georgia.

Anand expects that his participation in the Olympiad would help India to improve their performance.

“Our last few performances (in the Chess Olympiads) are almost as good as you can get, given the fact there are so many strong roughly balanced teams. The main thing is to go there, try to do your best, deal with things as they come up rather than say we finished fourth, so now we are going to go for third, that makes no sense. There are lot of strong teams and you can play a very good Olympiad and still finish fifth if the last round goes one way or the other. In the last two Olympiads we have done spectacularly well. So I hope my participation will improve on that,” he said when asked about the Olympiad.

Anand asserted that the team is not aware of the opponents and so a lot of work will have to be done at the Olympiad.

“We already had one camp together (in New Delhi in March) but we know each other well and meet quite often in tournaments. How can you prepare for the Olympiad? You are not sure who your opponent is going to be and which country you will be playing against. A lot of the work will be done there (at the Olympiad),” he added.

Anand revealed that Grand Masters P Harikrishna and Vidit Gujrathi are inching close to him. “Both P Harikrishna an Vidit (Gujrathi) are extremely close. We are all in the 2,700 range (elo points). On top of that if you look at (Krisnan) Sasikiran and (Bhaskaran) Adhiban, they have had some issues with consistency, but otherwise they have scaled (and) performance ratings which are much higher. In fact now we are one of the most balanced teams, by rating we are quite balanced,” he signed off.