Gavit, whose arm was amputated elbow down, is challenging himself and other athletes at the Open event in pet 400m event 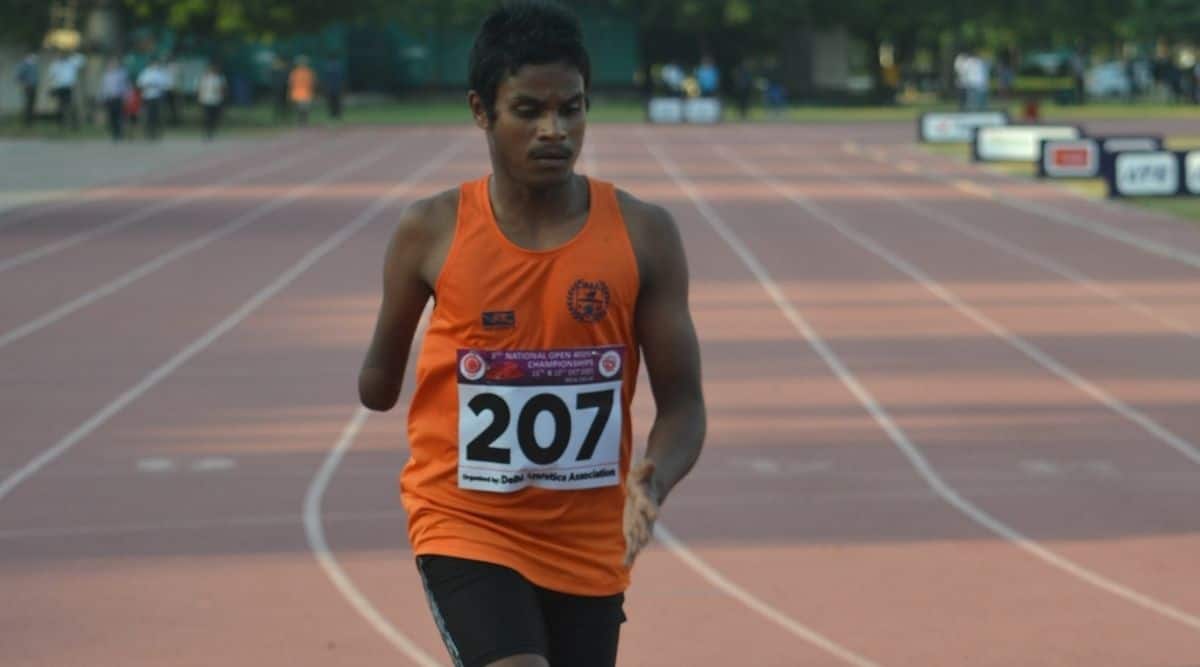 At the 400m nationals in Delhi, Gavit reached the U20 finals finishing second in his heat with 49.89s on the clock (Andrew Amsan)

Teenager Dilip Gavit has taken part in only one para-athletics tournament in his nascent career. The 18-year-old, whose right arm is amputated from below the elbow, feels the level of competition in para championships isn’t up to his standards.

“It’s too easy for me. There’s no thrill in winning there,” Gavit puts it plainly. It may sound like Gavit is an over-confident youngster but that’s far from true. The Maharashtra athlete firmly believes this kind of confidence and resilience is needed to compete against non-disabled athletes in open events.

At the 400m nationals in Delhi, Gavit reached the U20 finals finishing second in his heat with 49.89s on the clock. He was sorely disappointed on finishing fifth in the U 20 race clocking, 49.85s. “My finish wasn’t good. The moment I go home, I will watch my video and ask my coach how to improve my pace in the last 100m,” says Gavit, who led the pack for the first 200m of the race on Tuesday.

Gavit, who has four national-level medals in open competitions, was targeting to finish within 48s. If he had, the Maharashtra runner would have walked away with the gold around his neck. “He is capable. He’s really talented, and I know he will achieve the mark soon,” says his coach and guardian, Vaijnath Kale.

Gavit says his right arm had to be amputated when he was around four after he got injured after falling off a tree. “My parents took me to an ayurvedic practitioner instead of a proper hospital. They just applied some medication and bandaged my arm,” he says.

But matters got worse as the wound got further infected and septic, and by the time professional help was finally sought it was too late. “If my parents had gone to a proper doctor in the first place, they could have saved my arm,” says Gavit while shaking his head.

Gavit, always fascinated with running, started taking part in school-level events and gradually progressed. Nasik-based coach Vaijnath spotted young Gavit at a local meet about six years back. “I’ll be honest. It wasn’t like that he was a great runner at that time nor did I see something special in him. I just wanted the young child to have a fair chance at the sport, and that could happen only with good formal coaching,” says coach Kale.

When coach Kale approached Gavit’s parents, they had just one condition. “They asked me if I could take care of all his expenses, then I could train him. I agreed,” says Kale, who has “adopted” Gavit.

For Gavit, who doesn’t own a mobile phone, has no social media accounts, dislikes watching TV, life revolves around athletics.

Gavit now stays with coach Kale’s family in Nasik. “My sir has two children and now I am like the eldest son. Coach sir is everything to me. I trust him blindly. If he asks me to leave running and try jumping, I will do it without asking a question,” says Gavit, who gets a little emotional while talking about his mentor.

Coach Kale, a former corporate employee, trains around 25 children at his academy in Nasik. Gavit is the only athlete that stays with him at his residence. “I do this out of the love I have for the sport. I wish I had someone who would have guided me when I was an athlete,” says Kale.

For Gavit, who doesn’t own a mobile phone, has no social media accounts, dislikes watching TV, life revolves around athletics. He says he won’t rest until he bags a Paralympic medal for the country. But will he continue to participate in open competitions?

“Of course. This is where the real fun is. I don’t consider myself disabled. In fact, I am in no way inferior to the other athletes,” says Gavit.

Gavit’s run even caught 400m chief coach Galina Bukharina’s attention. “I had a runner in America like him. He got an implant (with a prosthetic hand) and his timings improved massively. If this boy can find a sponsor who can help him with that, trust me, he will run much faster,” said the seasoned coach.