As mercury dips and Covid threat persists in Delhi, Mary Kom heads off to Manipur for training

The 38-year-old, who is the most decorated Indian boxer with multiple Asian gold medals and an Olympic bronze medal in 2012 to her credit, is gearing up for the World Championships (May), the Commonwealth Games (July-August) and the Asian Games (September) this year. 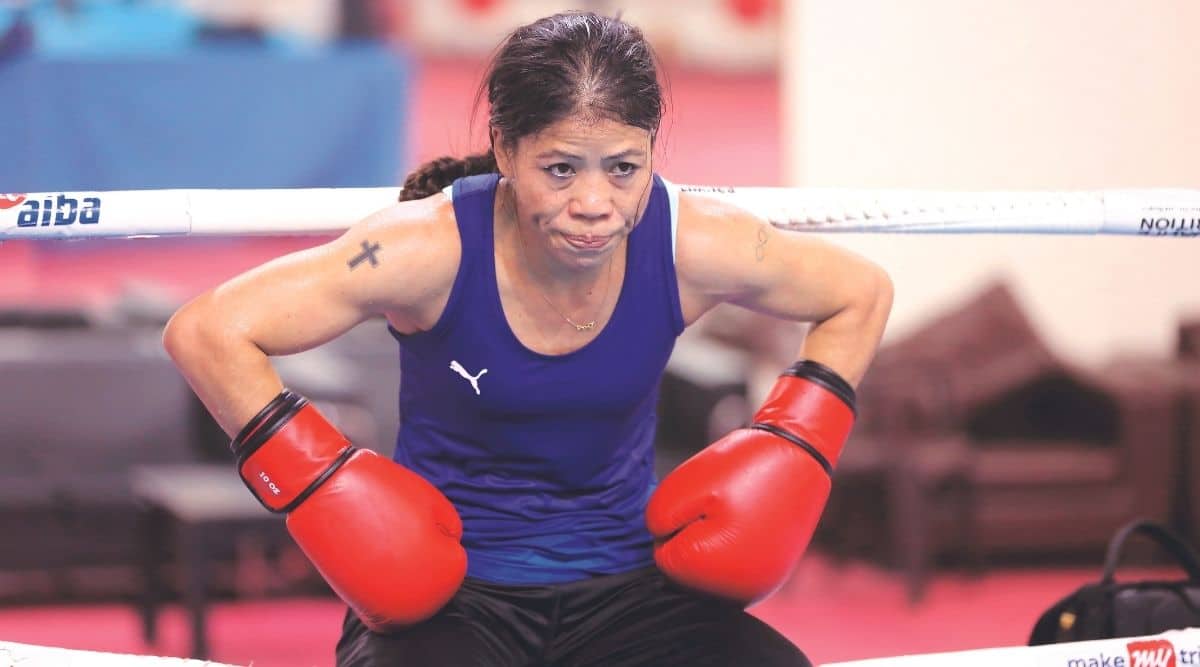 Wary of the COVID-19 threat and the relentless cold weather in Delhi due to which “sunshine has become a novelty”, six-time world champion M C Mary Kom has made her home state Manipur her training base for the coming few weeks as she gears up for a busy season ahead.

The 38-year-old, who is the most decorated Indian boxer with multiple Asian gold medals and an Olympic bronze medal in 2012 to her credit, is gearing up for the World Championships (May), the Commonwealth Games (July-August) and the Asian Games (September) this year.

“Yes I have begun training in Manipur a couple of days back after taking due permission from the Boxing Federation of India and the Sports Authority of India because COVID cases in Delhi are very high right now and also it is very, very cold,” Mary Kom told PTI from Imphal.

“The COVID threat has always been a major concern for me and I remember how terrifying it was in 2020. So, I am thankful to the national federation, the SAI and the Target Olympic Podium Scheme committee for being considerate,” she added.

“I expect to be in Manipur for the next two-three weeks.”

Delhi has been recording COVID cases in excess of 10,000 for the past several days and several restrictions are in place to contain the spread of the infection.

Mary Kom, who competes in 51kg at multi-sports competition and prefers to be in 48kg for World Championships, has been joined by her coach Chhote Lal Yadav along with her support staff in Imphal, where she is training at the boxing academy founded by her a few years back. The academy has SAI’s affiliation.

“There has been hardly any sun in Delhi for a while now. It has become a novelty. Here in Manipur also, it is the winter season but the days are clearer and it is not as cold,” she explained.

Delhi is experiencing its wettest winter since 1950 and the day time temperatures have been consistently low amid overcast conditions.

The national boxing camp for women is, however, in progress in the city right now with 42 pugilists.

Tokyo Olympic bronze-medallist Lovlina Borgohain (69kg) is due to join it by the end of this week after completing some professional engagements in her home state Assam.

Another Tokyo Olympian on a break from the camp is Pooja Rani (75kg), who is on leave to attend her brother’s wedding.

The camp is being held in a bio-bubble and the pugilists are being kept away from any outside contact during their stay at the Indira Gandhi Indoor stadium because of the prevailing COVID-19 threat.

Mary Kom, who is in the last leg of her glorious career, said she remains as motivated as ever to finish on podiums and would look to make the most of her time left in the sport.

“Technically, I have two more years left to compete because the maximum cut off age for boxing is 40 and I am looking forward to ensuring that I have a good run.

“This year, there are three big events where I have a very good record and I will try to ensure that those records stay intact,” she said.

Besides six world titles, Mary Kom is a reigning CWG gold-medallist and a two-time Asian Games medallist, including a gold in 2014.