Panghal was joined by a fit-again Vikas Krishan, who underwent a shoulder surgery last year after the Olympics, Manish Kaushik, Satish Kumar, and Ashish Kumar in the men's camp in Patiala. 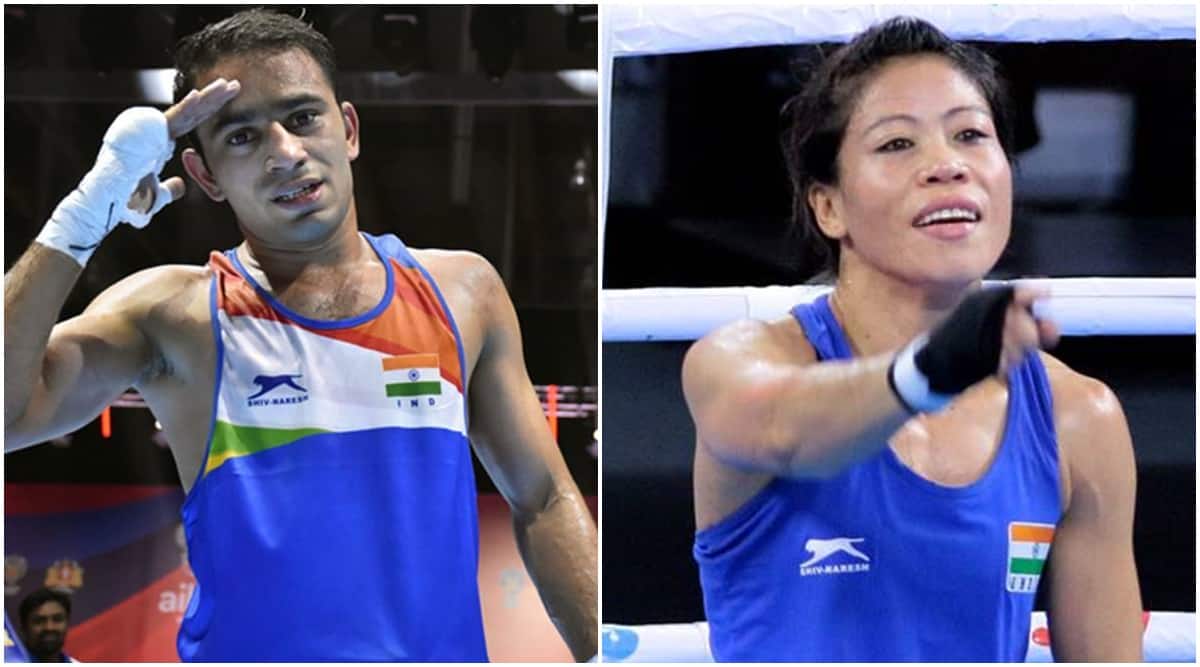 Six-time world champion M C Mary Kom and Asian Games gold-medallist Amit Panghal were among six Indian boxers who were on Tuesday included in the ongoing national camps for women and men in Delhi and Patiala respectively.

Panghal was joined by a fit-again Vikas Krishan, who underwent a shoulder surgery last year after the Olympics, Manish Kaushik, Satish Kumar, and Ashish Kumar in the men’s camp in Patiala.

Mary Kom will report to the women’s camp at the Indira Gandhi Indoor Stadium here after the inclusion of their names was recommended by the Boxing Federation of India.

The two camps will continue till March 14, the Sports Authority of India said in a statement.

All six of them were not included in the camps conducted in December last year as they had skipped the national championships after the Tokyo Olympics.

“The Olympian boxers will now join the camps, which started on January 3 with only those who had competed in the National Championships.

“With the Commonwealth Games and Asian Games drawing close, Sports authority of India approved the inclusion recommended by the Boxing Federation of India,” the SAI stated.

As many as 63 men boxers across different weight categories and 27 coaching and support staff have been in the National Camp in NIS, Patiala.

A total of 57 women boxers, including Olympic Games bronze-medallist Lovlina Borgohain and 25 coaching and support staff are already in the national camp in the Indira Gandhi Indoor Stadium.

Ranveer Singh: ‘Fascinated with those actors who can be shape-shifters, chameleons’