Vishwanath Suresh's father Suresh Babu was a five-time state champion but had to give up boxing and take up tailoring to help family put food on table. 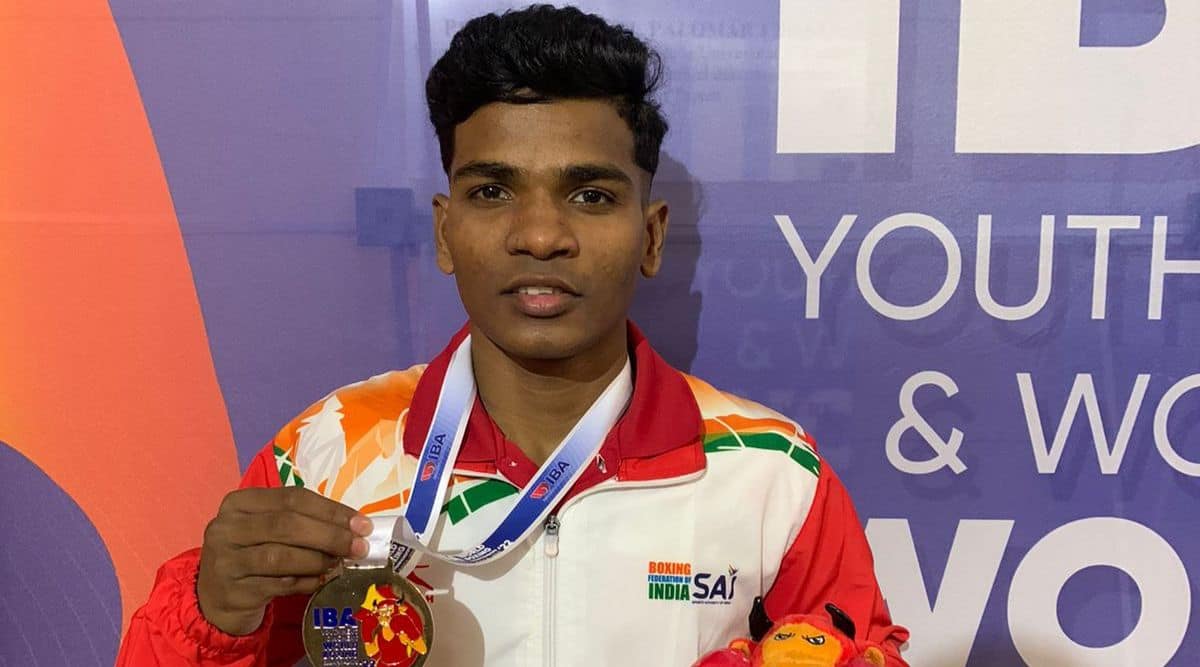 When Vishwanath Suresh, 18, became the 48-kilogram World Youth Champion in La Nucia, Spain, he fulfilled not just his dream but his father’s too. The teenage boxer’s father M Suresh Babu is a former sub-junior champion but didn’t his career was cut short as he had to work as a tailor to help his family put food on the table.

Babu still stitches clothes and took loans from money lenders in Perambur, Chennai, to make sure his son didn’t have to give up boxing.

“I wanted Vishwanath to achieve something bigger than me in life. When I took him to train under my coach (Tiger Devananad), I wanted him to box for India. I had to quit boxing and work as a tailor to make ends meet. To see Vishwanath achieve what I could not do for the country has been my biggest reward,” Babu told The Indian Express.

Vishwanath emerged as the champion with a unanimous 5-0 verdict against Ronel Suyom of the Philippines.

Vishwanath could not win a title at the state level and follow in the footsteps of his father who was a five-time state champion. But things started to look up once he joined the Army Sports Institute in Pune in 2018.

Over the past year, he has added the Asian Youth Championship gold and also has been crowned winner in the Khelo India Youth Games in Panchkula.

“My father has been my inspiration. He wanted to see me win medals for India. He would work overtime as a tailor to help fund my boxing dream. He would also train me in public parks and the roof of our one-room rented accommodation post his daily work. When I was young, there were times when we were not sure of getting a full meal. But my father would always spend whatever money he had on my diet,” Vishwanath, who idolises Floyd Mayweather, says.

ASI coach and Indian youth coach Vijay Kumar Sharma believes Vishwanath can only improve now. “When he initially came to us, we were impressed by his speed and the will to dominate the ring. He would never hesitate for a training session. He is an agile boxer who has good close range as well as long-range, ”says Sharma.
Babu, who now earns close to Rs 400-500 per day now, is awaiting Vishwanath’s arrival. Post the youth Worlds, I am sure he will win a medal in CWG, Asian games and Olympics,” Babu says.

‘Normal thing to do’: Japanese fans tidy up at World Cup