The 26-year-old from Haryana's Rohtak took down Kazakhstan's Vassiliy Levit, who is the 2016 Olympic silver-medallist and a two-time world bronze-winner, in the final of the just-concluded tournament in Dubai on Monday. 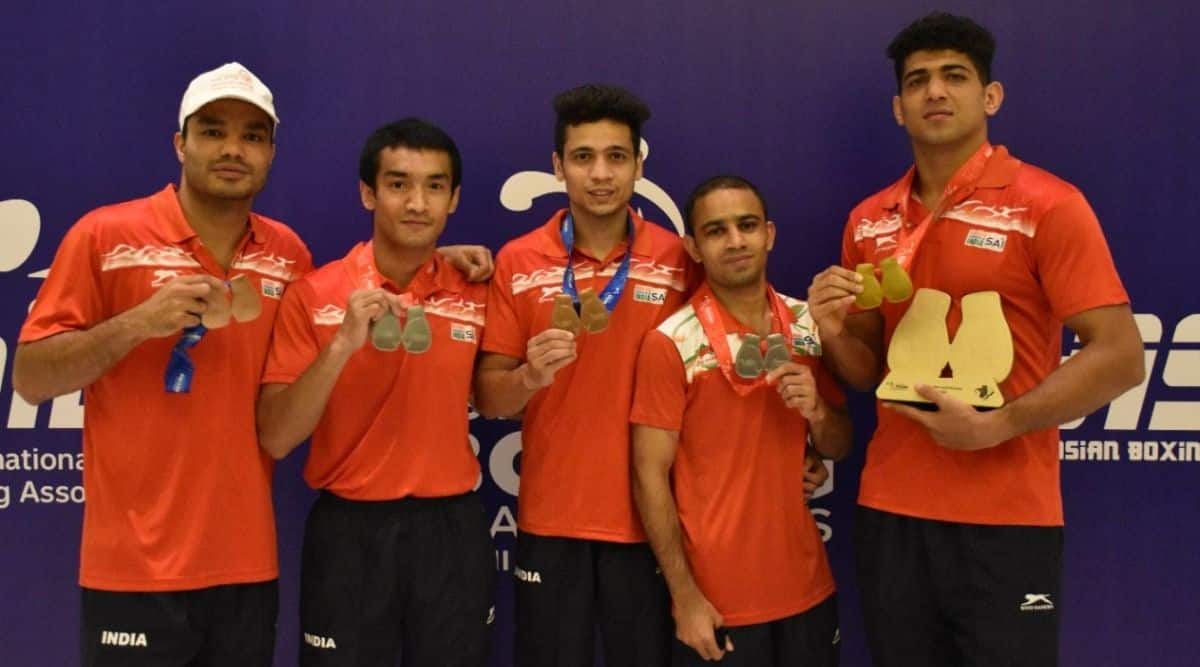 He took to boxing to stay away from “padhai likhai” and India’s newest Asian champion Sanjeet’s faith in his choice has paid off quite well as he revels in the glory of beating an Olympic medallist for the “biggest moment” of his decade-long career.

The 26-year-old from Haryana’s Rohtak took down Kazakhstan’s Vassiliy Levit, who is the 2016 Olympic silver-medallist and a two-time world bronze-winner, in the final of the just-concluded tournament in Dubai on Monday.

It was a revenge of sorts for Sanjeet (91 kg) as he had been knocked out by Levit in 2018 during the President’s Cup in Kazakhstan.

“It is the biggest moment of my career although I am also a world championship quarterfinalist. To beat an Olympic medallist is a huge deal,” Sanjeet told PTI before boarding his flight back home.

The enormity of his win can be gauged from the fact that Levit was chasing a fourth gold medal at the continental showpiece and has a total of five medals at this event.

The Kazakh has also qualified for the Olympic Games in Tokyo.

However, before the momentous evening in Dubai, Sanjeet’s major accomplishments included winning a national championship gold medal in 2018, an India Open gold in the same year and also a victory in the now discontinued pro-style World Series of Boxing.

He has an unmissable pride for all his achievements and for how far he has come since venturing into the ring for the first time a decade back, inspired by his brother who is also his formative coach.

“I took to boxing after seeing my brother, he is my coach as well, it was in 2010. Actually, for me it was an escape from padhai likhai (studies). I was not interested and my parents really wanted me to focus on education,” he recalled.

“So there was this early resistance from them but I was clear about what I wanted to do. Once I started winning medals at the state level, they came around too. They are proud of me,” he said.

The Army man earned effusive praise from national coach C A Kuttappa, who has seen his progression from close range.

“He was all about power punches till a few years back and has come quite a distance since that crushing loss to Levit in 2018. We have worked on his speed in the ring and also his body punches,” Kuttappa said.

In 2019, Sanjeet had made a mark at the world championships in Russia by reaching the quarterfinals before eventually losing on a split decision.

For all the spunk he displayed in the Asian championships, Sanjeet is not in the reckoning for the Olympics in July-August.

He could not make the team for the Asian Olympic qualifiers last year as he was on the sidelines because of a shoulder injury which needed surgery.

“That was just bad luck. He would have done well had he gone. Even if he had not qualified, he would have had the rankings to make it through now,” Kuttappa said.

But there are high hopes from him going forward.

“We have to be strict with him in training because he can slack off but he delivers when pushed. For now, he needs to improve on one count. Think on his own in the ring,” Kuttappa said.

“He has this habit of looking towards the team corner when the going gets tough, he needs to be a proactive thinker while fighting. We will get there, he is learning,” he added.