As soon as a Uyghur athlete helped light the Olympic flame at the Beijing Olympics, the debate began: Was it a defiant signal from Chinese leaders, or proof that protests around the world were having impact? The Olympic cauldron is lit by China's athletes Dinigeer Yilamujian and Zhao Jiawen during the opening ceremony of the 2022 Winter Olympics. (AP Photo)

A cross country skier born in Xinjiang, who was one of the two final torchbearers at the Beijing 2022 Winter Olympics opening ceremony on Friday, was not picked because of where she comes from, the International Olympic Committee said on Saturday.

Dinigeer Yilamujiang, from Altay in China’s western Xinjiang region, placed the lit torch onto a giant snowflake along with Zhao Jiawen, a 21-year-old biathlete, before it was lifted high above the spectators at Beijing’s Bird’s Nest stadium.

The selection of Yilamujiang as one of the final two torchbearers came as many western nations diplomatically boycotted the Winter Games over China’s treatment of Uyghurs and members of other Muslim minority groups in Xinjiang.

“Obviously the opening ceremony is something that the organising committee put together and there’s creative input,” IOC spokesman Mark Adams said. “We are involved to a certain extent.”

“This is an athlete who is competing here, she is competing this morning. She has every right, wherever she comes from, whatever her background, to compete… and to take part in any ceremony.” China’s athletes Dinigeer Yilamujian and Zhao Jiawen light the cauldron during the opening ceremony of the 2022 Winter Olympics. (AP Photo)

Games organisers said the final handful of torchbearers who entered the stadium with the flame had been picked based on their birth dates with each having been born in a different decade, starting from the 1950s through to the 2000s.Yilamujiang is the first Chinese cross-country skiing medallist at any international federation-level event and is a medal hopeful in a sport in which China has not traditionally excelled.

However, she finished tied for 43rd on Saturday in the skiathlon, placing third among the four Chinese skiers in the race.

What message did China send by choosing Uyghur torchbearer?

As soon as a Uyghur athlete helped light the Olympic flame at the Beijing Olympics, the debate began: Was it a defiant signal from Chinese leaders, or proof that protests around the world were having impact?

The selection of Dinigeer Yilamujiang for the supreme honor of being a final Olympic torchbearer at the ceremony that opened the Winter Games in Beijing on Friday night was a huge surprise. What it meant — because Olympic gestures like this always have meaning — wasn’t clear.

U.S-based human rights lawyer Rayhan Asat — whose brother Ekpar Asat is among more than 1 million Uyghurs that China has imprisoned — was at first aghast.

The pictures of Yilamujiang, a 20-year-old cross-country skier, holding the torch with Zhao Jiwen, a skier from China’s dominant Han majority — both of them all smiles — reminded Asat of the half-Jewish fencer, Helene Mayer, who competed for Germany at the 1936 Summer Olympics that Adolf Hitler hosted in Berlin. 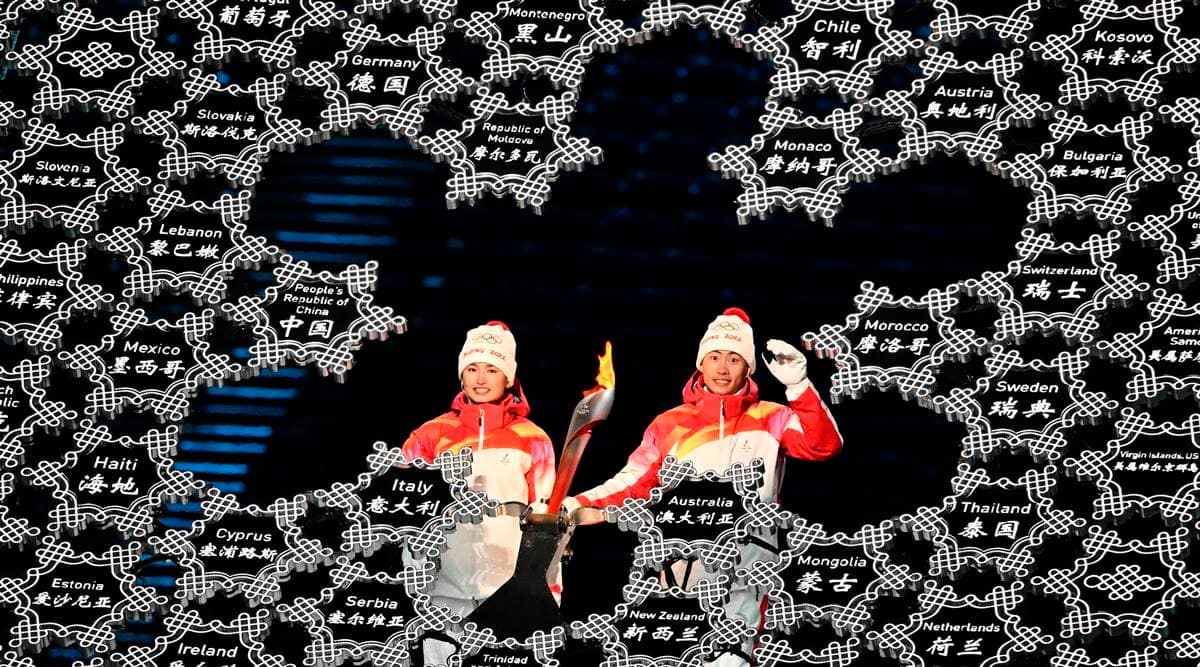 “I did feel like history is repeating itself,” Asat said in a phone interview. “This is like a new low. That is how I felt, initially.”

But on reflection, Asat saw crumbs of encouragement. China has steadfastly rejected international criticism of its crackdown on Uyghurs, treatment that the U.S. government and others have said is tantamount to genocide. China’s hosting of the Games has made many exiled Uyghurs feel that their voices aren’t heard.

But the selection of a relatively unknown athlete to light the flame couldn’t be a coincidence. Asat said, after her initial outrage had subsided, she figured China isn’t as immune to outside criticism as it pretends.