An injury ended her father’s wrestling career. Now Anshu Malik overcame an injury scare of her own to book an Olympic spot. 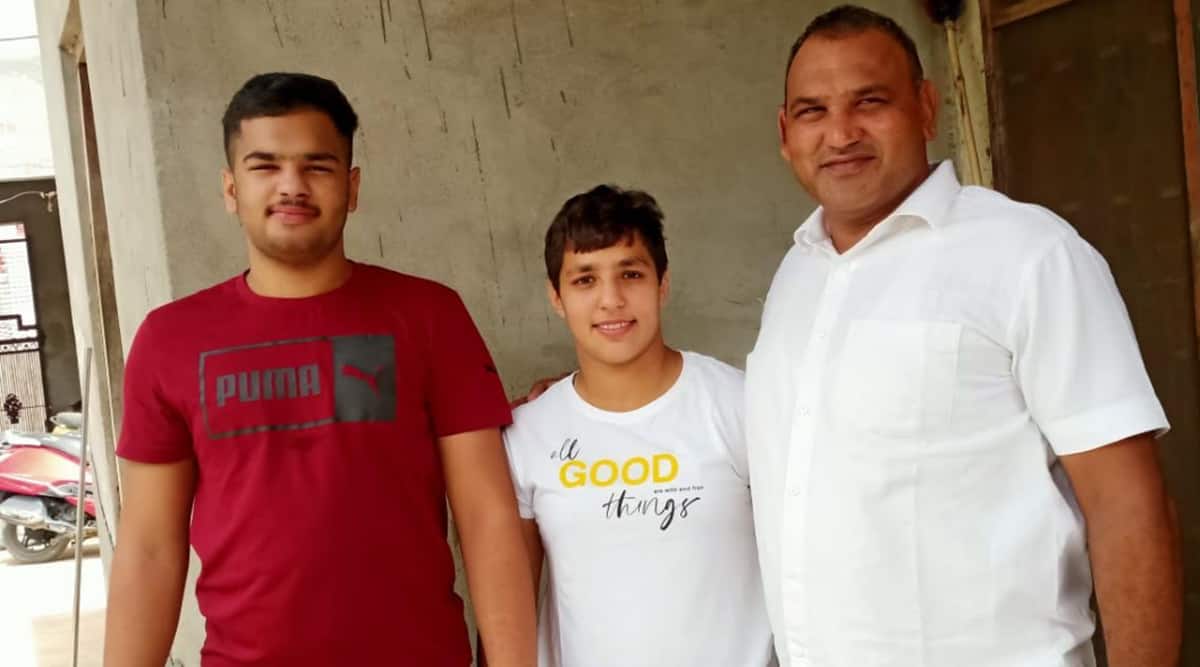 Anshu Malik with her brother Shubham (left) and father Dharamveer

In his younger days, Dharamveer Malik would regularly feature in the Indian junior wrestling teams. He competed at the 76 kg class at the World Cadet Championship in 1995, but was forced out of the sport due to a knee injury.

That would however, not be the last time a member of the Malik-household would grapple at an international stage. On Saturday, Dharamveer’s 19-year-old daughter Anshu became the fifth Indian wrestler to seal a Tokyo Olympics quota at the Asia-Oceania Olympic qualifiers in Almaty, Kazakhstan.

“The day Anshu started wrestling, the dream was always to compete at the Olympics. This is just one of the many steps to winning an Olympic medal,” 45-year-old Dharaveer says to The Indian Express.

“She had injured her back last month (during the Matteo Pellicone Ranking Series in Rome) so she will be a bit relieved now that she has the quota. But a new journey starts for her today.”

A native of the Nidani village in Jind district of Haryana – a village famous for a sports school that has produced numerous national and international boxers and wrestlers – Anshu, who competes in the 57kg event, was initially drawn towards academic endeavours.

While her brother Shubham had already been training as a wrestler, Dharamveer urged her to pursue the sport as well. Four years later, in 2016, she’d go on to win a silver medal at the Asian Junior Wrestling Championship, along with a bronze at the Cadet-level continental event in the same year.

By 2017, she was the World Cadet Champion – a title her coach Jagdish Sheoran asserts was an important milestone in her career.

“She was still academically inclined. She would learn techniques quickly, but spent most of her time studying,” Sheoran recalls. “When she won that title though, her focus shifted. She started to spend more time in training. Around six hours daily.” 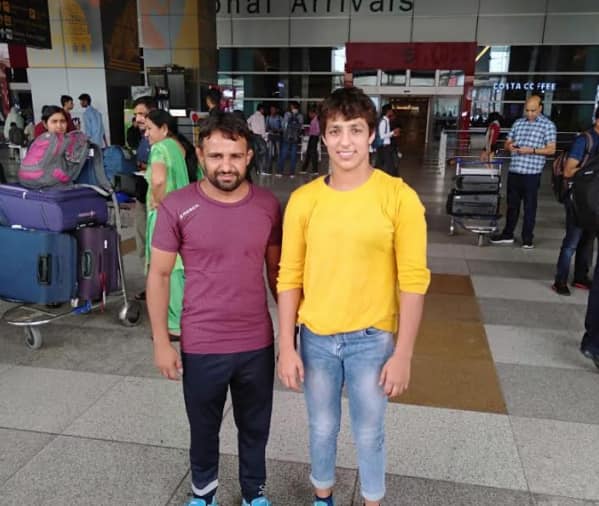 Wins like these came as a result of developing a more all-round approach to her style in training.

“Like any young wrestler, she’d only think about attacking,” national coach Kuldeep Malik had said to this newspaper in an earlier interview.

“We had to spend a lot of time on her defense to stop her from losing points on leg attacks. She’s a quick learner, but her greatest advantage is that she has a fearless approach to matches.”

There were a few more lessons in store for her shortly before she took the trip to Almaty. After her injury in Rome, she travelled back to her village to recover. But her coach used the break as an opportunity to go over tactics with her.

“It also gave us some time to make her understand some of her mistakes, like wrestling passively after taking a lead. It helped her in the trials last month,” Sheoran says.

“Like any wrestler, she had a fear of getting injured again or aggravating the injury but she realised that getting a chance to wrestle in the Olympics is rare. But the real work will begin now.”

In Tokyo, the field of competitors will be greater than anything she’s faced so far. The likes of reigning World Champion Risako Kawai of Japan, World Championship silver medallist Rong Ningning of China, and two-time World bronze medallist Iryna Kurachkina of Belarus are the top contenders for a medal in the 57kg category. Sheoran believes that Anshu needs to master some more moves to have a shot at the medal in Tokyo.

“Now that she has earned the quota, the next task will be to study all the possible opponents. She’s a quick learner, but we’ll have to add some variations to her style to give her a chance against some of the world’s best,” explains Sheoran.

“She loves desi ghee poodas and gond ke laddu. She took two boxes with her to Almaty,” she explains. “If she wins an Olympic medal, we might distribute those sweets in the entire village.”