Amit Kumar Saroha's road to Tokyo wasn't easy as he recovered from the dreaded COVID-19 just before the final national selection trials at the Jawaharlal Nehru Stadium in New Delhi. 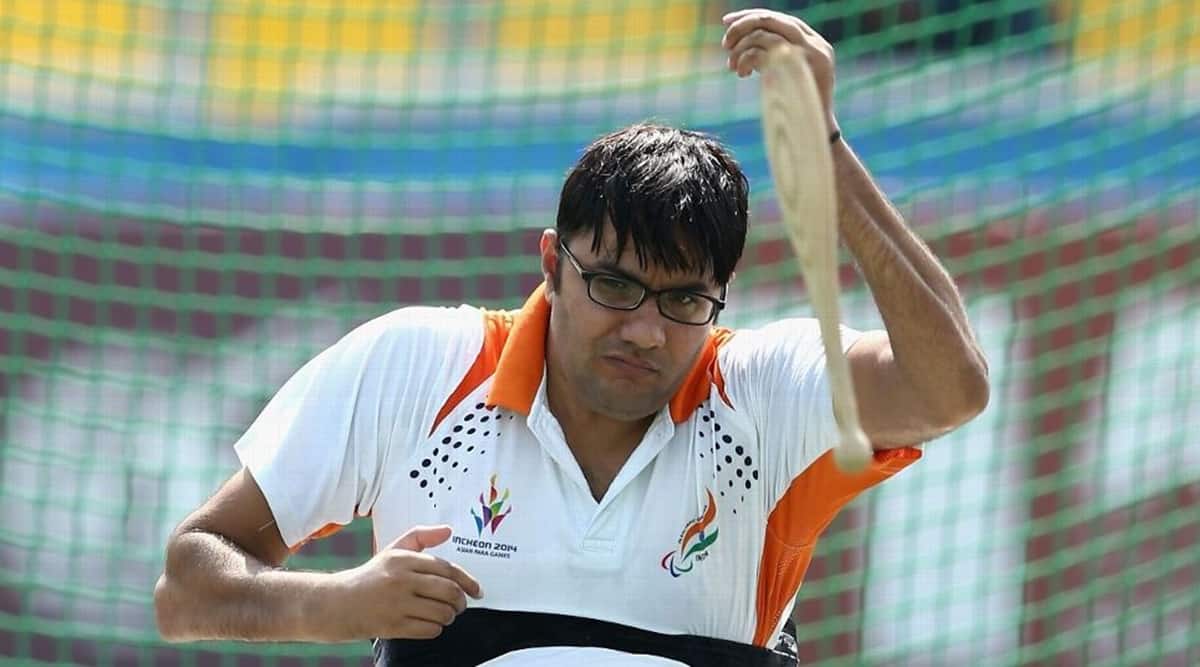 Chaudhary, on the other hand, will be competing in the F-44 (lower limb competing without prosthesis affected by limb deficiency, leg length difference, impaired muscle power or impaired passive range of movement) javelin throw event at the Tokyo Paralympics, to be held from August 24 to September 5.

A total of 72 para-athletes, including 18 women, who had secured Minimum Qualification Standard (MQS) took part in the trials.

India has been granted 24 slots, including four women athletes, by the World Para Athletics and the final team list will be announced by the Paralympic Committee of India after the Selection Committee meeting on Friday.

“To be honest, this journey of Tokyo selection was not easy because a few days before the trial, there was a lot of weakness in the body due to corona, but in our Haryana, it is said of courage. Ram’s support,” Saroha tweeted.

“Also, it is a matter of happiness that two of my students Ekta and Dharambir have also been selected for Tokyo. As a coach and mentor, what can be more proud of me than this!! If you all keep your links together, then this time we will definitely bring medals,” he wrote.

Saroha’s Road to Tokyo wasn’t easy as he recovered from the dreaded COVID-19 just before the final national selection trials at the Jawaharlal Nehru Stadium here.

The journey was full of hardships for the 36-year-old Saroha, who will representing India in his third Paralympics, in Tokyo. He suffered a car accident when he was 22, which left him a quadriplegic due to compression of the spinal cord.

Before his injury, Saroha was a national level hockey player but was forced to shift to parasports after being confined to a weheelchair.

Saroha has two silver medals in the IPC World Athletics Championships but his biggest achievement is a gold at the men’s club throw (F51) at the 2014 Incheon Asian Para Games.

Chaudhary, on the other hand, will be representing India in his first Paralympics.

He booked his ticket to Tokyo with an unofficial world record throw of 66.44m.

Chaudhary represented India at the 2018 Asian Para Games in Jakarta, where he won a gold medal and set a new world record with 60.01m.

“I am amazed by the performances of our para-athletes in the last two days. Despite the Covid-19 Pandemic, discontinuation of camps and no exposure, they have shown their killer instincts,” said Paralympic Committee of India President Dr Deepa Malik.

“They have raised the bar with their personal best performances here. I can confidently say that our athletes are ready for the Games.”

Meanwhile, coach Satyanarayan said the athletes’ performances have improved a lot in the last few months and that “India could win 8-10 medals at Tokyo 2020.”

In women’s events, club throwers Ekta Bhyan, Bhagyashree and sprinter Simran came up with brilliant shows to stay in the line for the final selection.

Bhyan, who got a distance of 17.20m, said: “As most of the players were competing after a long (participated only in National Para Athletics championship in one and half years) for an international event, this trial was a kind of check of our performances.”