IPL 2018: Why are RCB wearing green jersey against RR

Royal Challengers Bangalore are donning the green jersey against Rajasthan Royals in Bangalore. 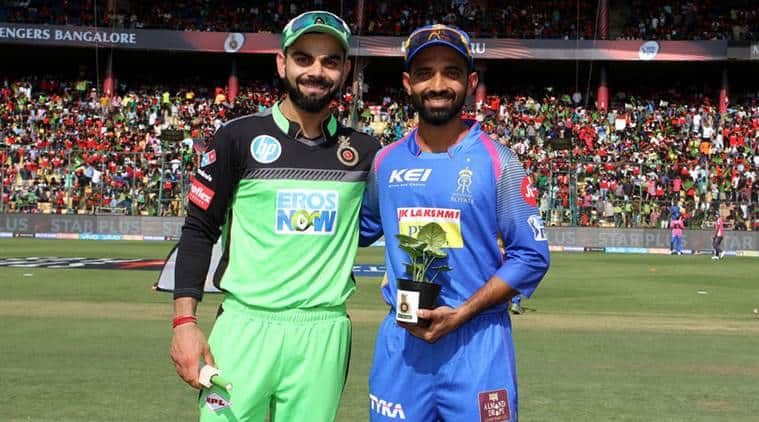 The Royal Challengers Bangalore side are donning green jerseys in the match against Rajasthan Royals at home on Sunday as they are keen on spreading a message on environmental conservation. The franchise has worn the green dress in the previous editions as well.

The franchise has been continuing this practice since 2011 to promote their “Go Green” initiative. This is a move to create awareness about global warming. The RCB franchise has also been taking initiatives to plant trees and have also earlier asked the fans to travel by buses to save fuel.

Even in the 2016 edition, Bangalore players took the initiative forward by reaching the stadium on cycle while CNG rikshaws were arranged for fans to reach the stadium.

RCB will gift a sapling to each of the fans and spread the awareness for green environment. This is their third game of the season and they have won one and lost the other. The Virat Kohli-led side were pushed to the limits in both the game. They were the finalists in the last edition of IPL 2016.

Kohli’s team sit fifth in the points table. While this too early to predict where they will finish, Bangalore are once again one of the strong contenders for the IPL title, which they have never won in previous ten edition.

Rahul Gandhi to launch ‘save the Constitution’ drive next week