RCB were handed a nine-wicket loss by KKR, a day after skipper Kohli announced he will step down as captain of the IPL team at the end of the ongoing season. 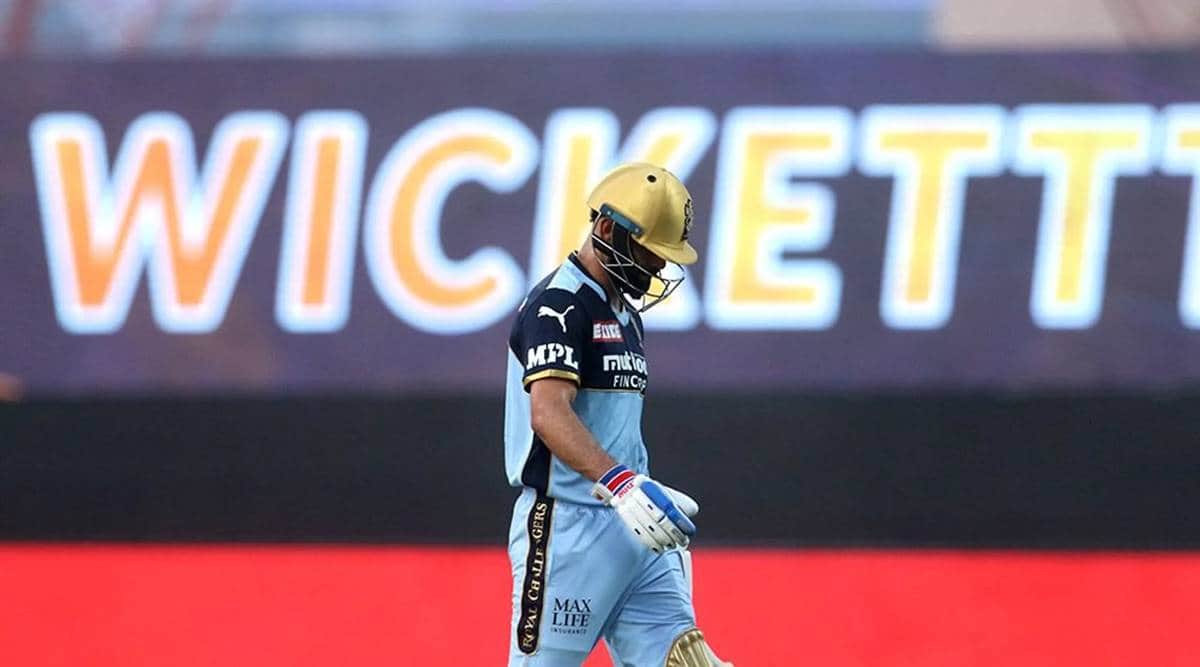 RCB were handed a nine-wicket loss by by KKR, a day after skipper Kohli announced he will step down as captain of the IPL team at the end of the ongoing season.

Hesson believes it was important to make the announcement as early as possible.

“No, I (don’t) think so. It was actually important to get any form of distraction out of the way early. So, we sort of talked about making that announcement as soon as possible really, so all the players were aware of it,” Hesson said at the post-match press conference.

“But it really hasn’t had any impact on today’s performance. We weren’t certainly sharp as we needed to be with the bat, we didn’t adapt to conditions, we lost wickets in clubs, everything we can’t do as a batting group.

“But I’m still confident of this group, we will turn around pretty quickly,� added Hesson.

KKR’s Varun Chakravarthy ran through the RCB batting line up as he returned with 3/13.

“I think it is very tough to start against Chakravarthy, so the fact that we keep losing wickets, that meant that he was able to attack new batsmen,” said the RCB head coach.

Hesson lamented that the batsmen were not as sharp as they needed to be but refused to blame the team’s composition for the loss.

“The team composition wasn’t the problem today, we got ourselves to 1/42, and even going back further than that, we probably got the toss wrong, so we scrapped to 1/42, but certainly wasn’t a 93 wicket.”

“We should have found out a way to get ourselves to 150, and whether that would be enough or not would be debatable as well, because the ball started to slide on, but all in all we weren’t sharp enough with the bat,” he rued.

Hesson said they did not want to risk AB de Villiers by handing him wicket-keeping duties and thus had to make changes to the playing XI.

“You saw Ab De Villers didn’t have the gloves, so certainly we have got to look after AB. He is a very important player for us and not one that we could risk at the moment behind the stumps, so that was unfortunate for Rajat (Patidar),” he said.

“We needed to pick up a keeper-bat, to bat at three, and KS Bharat, he has been outstanding in the whole camp leading up-to to this game, certainly deserves his inclusion.

“We wanted to have real batsman at six, we had the abilities, still have six bowlers, and once again Sachin Baby was a left-hander and obviously gave us some options with the ball, potentially if we needed one as well, so, the reason was with AB not keeping, we needed to make that change at the top,” he signed off.

An auto-driver who won Rs 12 crore Kerala lottery, and a cook who didn’t