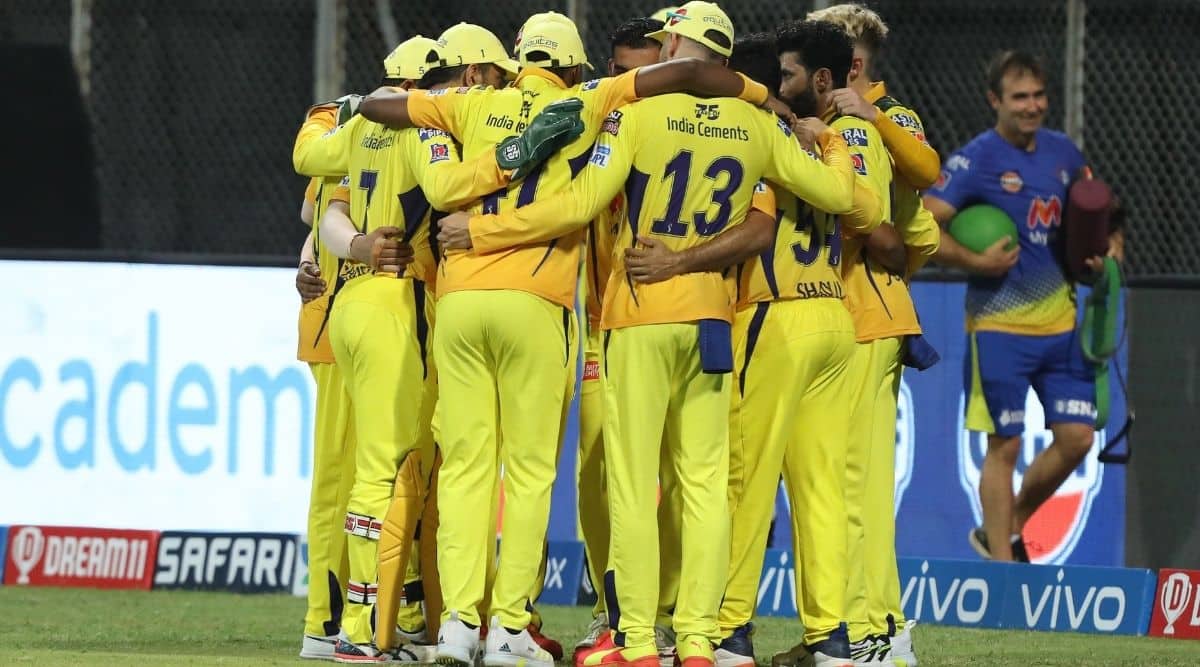 The three-time champions, who have roared back from a forgettable IPL-2020 and became the first team to secure a spot in the play-offs this season, have been in good form in the second phase and is among the sides to beat. (FILE)

Two members of the Chennai Super Kings (CSK) contingent and a cleaner of their team bus have tested Covid positive in New Delhi. Chennai have cancelled their practice session for Monday.

The Indian board’s biggest nightmare has come true with Covid-19 entering a supposedly secure bio-bubble. The Indian Express understands that the three persons have been isolated after their results returned positive on Monday. The players who came in direct contact with them have been asked to undergo a one-day isolation.

“The CSK team will undergo another testing today of those who are found positive. CSK wants to double check the testing reports. Till then, all players have been informed to stay under isolation and further tests will be done on every individual,” sources in the Indian board stated.

It’s not clear what will be the next course of action for the board if positive cases hit other teams.

CSK is currently stationed at a hotel in Delhi, where separate entry and exit points have been reserved for IPL teams. They played Mumbai Indians on Saturday.

Earlier, the BCCI informed that two KKR players – Chakravarthy and Warrier – were found to be positive in the third round of testing in the last four days while other team members have tested negative for COVID -19.

“Both the players have isolated themselves from the rest of the squad. The medical team is in continuous touch with the duo and are monitoring their health. Meanwhile, the Kolkata Knight Riders have now moved towards a daily testing routine to identify any other possible cases and treat them at the earliest,” a statement from IPL read.

The medical team is also determining the close and casual contacts of the two positive cases during the 48 hours prior to collection of their samples that returned positive test results.