While the BCCI president says IPL "has to be truncated", franchise officials cite the 2009 edition played in South Africa, where a full tournament was completed inside 37 days. 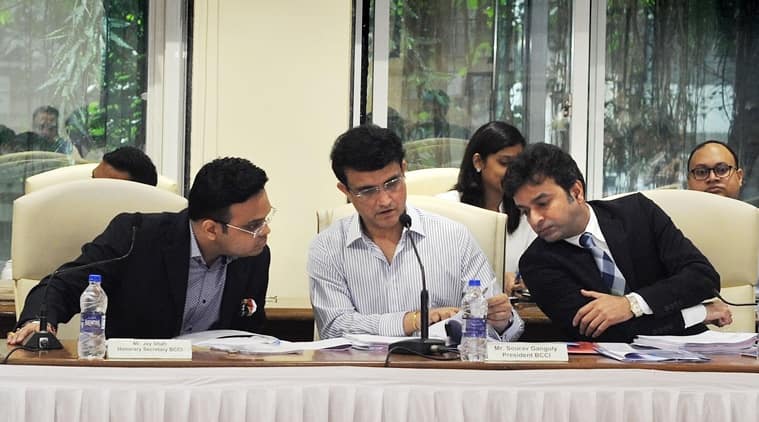 A day after the BCCI announced the suspension of the IPL until April 15 because of coronavirus outbreak, the cricket board’s president Sourav Ganguly hinted at reducing the number of games for the 2020 season. However, some franchise officials, were keen on a full IPL with the 2009 template.

Back then, the tournament was completed inside 37 days. As per the original schedule, the IPL 2020 was to be played from March 29 to May 24. In 2009, the then IPL boss Lalit Modi had taken the tournament to South Africa because it clashed with the general election in India. The IPL 2009 had started on April 18 and the final was played on May 24. A total of 59 matches had been played. Back then, the knockouts, after 56 group league fixtures, had two semifinals followed by the final. With two Qualifiers and an Eliminator, knockouts now have just one additional game.

Read| Coronavirus and Cricket: How safe is Indian Premier League 2020?

On Saturday, the IPL governing council had a meeting with all the franchises in Mumbai and after that Ganguly said: “It (a truncated IPL) will happen, because if it is April 15, then it in any case 15 days are gone, it has to be truncated. How truncated, how many games, I can’t say at the moment. Until April 15 there are no visas (for foreign players).”

A top official from a franchise, however, cited the 2009 example while speaking to this paper. “We had an instance of holding the IPL in 37 days in South Africa. Fingers crossed, if the situation improves, we can follow that template. There’s no other window for the IPL, it has to happen in April-May. Hopefully, with summer approaching and a rapid rise in temperature, if we can start by April 20, we still might work on a full IPL,” he said.

If the 2009 model is eventually followed, then playing the matches in a contained area – just two-three cities – could be an option, as it will reduce air travel and will lessen the logistics burden. “Today, the BCCI apprised us of the whole situation, why the IPL has had to be postponed, and we appreciate the BCCI’s stand in postponing it because it’s a must. We shouldn’t be looked at as if we are only looking at money, which is not the case. We are all worried about the pandemic. With regards to rescheduling, we haven’t put forward any proposal. It’s the BCCI’s call. They might meet us again in about two-three weeks’ time,” said a franchise CEO.

In case of a truncated IPL, separating eight teams into two groups of four teams each, more double headers – the original schedule has only six afternoon games – and same time fixtures at different venues have been considered as options.

On Friday, the BCCI took the decision to suspend the IPL 2020 until April 15, along with cancelling the India versus South Africa ODI series. Today, the cricket board decided to put all domestic matches on hold, including the Irani Cup to be played between Saurashtra and Rest of India at Rajkot from March 18-22, “till further notice”.

“Safety is most important. We will continue to monitor the situation. (Today) we met with them (franchise owners) to tell them how it can happen and where do we stand at the moment. At the moment, it is just postponed. We will assess it (the situation). It will be reassessed every week,” Ganguly said.

Today’s meeting was attended by all franchise owners. Everybody spoke about how public/players health and safety are of prime importance at the moment, given that coronavirus case count is on a sharp rise. The World Health Organization (WHO) has already declared COVID-19 a pandemic, with close to 1.5 lakh people are affected globally and over 5,000 deaths have been reported. In India, it has claimed two lives apart from affecting 83 people so far.

It’s not about money

Kings XI Punjab co-owner Ness Wadia made it clear that no stakeholder – BCCI, franchises, host broadcaster Star – wants to gain any monetary benefit by having the IPL at this time. “All the stakeholders, especially the BCCI and the owners and staff, feel that it is incorrect for us to even think about one rupee. So we are not interested in money. We are not interested in having any gain from this situation and try to hold the IPL without a clear understanding of the situation. The number one priority is to make sure that health and safety of everyone is looked after,” Wadia said after the meeting.

“There can be no compromise for even one human life. If we cancel the IPL and end up saving one life, it will be worth it. That is my personal opinion. It is better to be safe than sorry.”

READ | Why BCCI postponed IPL? Calling off the league would have cost Rs 3000cr

“Wonderful to meet all the franchise owners ‘off the field’ so to say. The meeting by @Bcci and @ipl was to reiterate what all of us feel…safety first of the spectators, players management & cities we play in. All directives of the health agencies & govt to be followed..” Kolkata Knight Riders co-owner Shah Rukh Khan tweeted, adding: “Hope the spread of the virus subsides & the show can go on. BCCI & team owners in consultation with the govt will keep a close watch & decide the way fwd in the health interest of ever1. Lovely 2 meet every1 & then sanitise ourselves repeatedly..”

Parth Jindal of Delhi Capitals concurred. “Once the situation comes under control, all the options can be discussed,” he said.

Deep inside though, it is learnt that with nearly Rs 3,000 crore at stake, the BCCI and franchises combined, the possible revenue loss, if the IPL is eventually cancelled, remains an issue. The franchises were even ready to play behind closed doors before the BCCI had announced the postponement. In case of a cancellation, though, the franchises will not have to pay their contracted players any wages.

No foreigners, no IPL

This paper understands that during the meeting today, the franchises informed the BCCI that if the IPL has to played, it must be played with overseas players. “What we have said, we want to play the IPL with full players, with foreign players,” a franchise official said.

With all existing visas – except Diplomatic, UN/ International organisations, Officials, Project and Employment – are suspended until April 15, foreign players, coaches and support staff, who come here on Business visas, will have to wait.