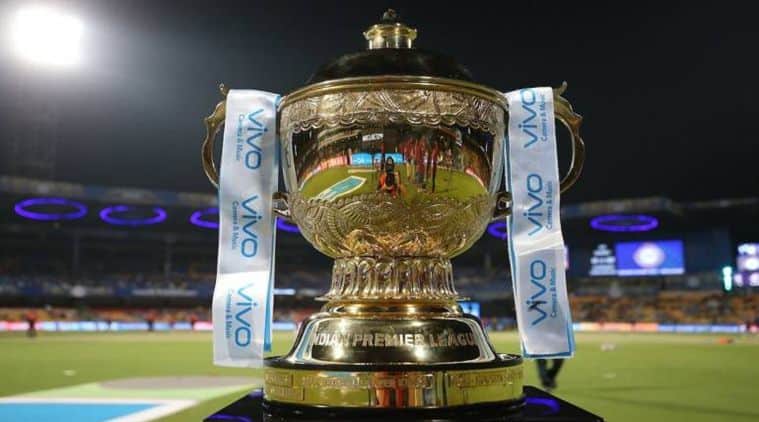 With most mega sporting events around the world getting cancelled or postponed by a year, the chances of IPL Season 13 taking place seem bleak. (PTI/Image used for representational purpose)

Legal experts and market-watchers, assessing the impact of the Covid-19 pandemic on sports, feel that the cancellation of this year’s Indian Premier League might be the best-case scenario for all stakeholders. Advising against delaying or shortening of the season, they say that by considering 2020 as a ‘zero year’, the broadcaster, Star, and BCCI will be able to deal with the present economic uncertainty better and also benefit in the long run.

“Since the pandemic will result in a change of timelines or loss of a season, broadcasters will need to review their contracts with event organisers. They may consider extending the term of their contract to include an extra season where a season has been cancelled,” a paper produced by lawyer Nandan Kamath’s firm LawNK says.

However, BCCI hasn’t yet given up on the IPL idea. Earlier this month, BCCI secretary Jay Shah had said: “The BCCI will continue to monitor and review the situation regarding a potential start date in close partnership with all of its stakeholders and will continue to take guidance from the Government of India, state governments and other state regulatory bodies.”

On the impact of the pandemic on the Star-BCCI deal, a top BCCI official said: “We will keep consulting the government and, based on their inputs, it will be decided if the IPL can take place or not. As for the Star deal, it’s too early to talk about it.”

However, with most mega sporting events around the world – Olympics, Grand Slam tennis, European football championship – getting cancelled or postponed by a year, the chances of IPL Season 13 taking place seem bleak. This, according to lawyer Anish Dayal, who specialises in sports law and IPL contracts, is “a clear situation of force majeure”.

READ | How suspension of obligations through force majeure can mitigate losses

Explaining the legal term, he says, “Force majeure allows the suspension of obligations and this will help both, the BCCI and franchises, to mutually discuss mitigation of the loss that arises.”

However, the tricky problem for the BCCI will be the implementation of the ‘force majeure’ clause in the broadcasting deal with Star that has promised to pay the Indian board `16,347.50 crore over five years till 2022.

As part of their 2020 obligation, Star has already paid the BCCI approximately `1,500 crore as an advance for this season’s IPL. BCCI officials insist that in the case of cancellation, and the enforcement of ‘force majeure’, the board will return the advance payment. “Of course, we will return the amount,” said an official.

Sports lawyer Vidushpat Singhania, managing partner of Krida Legal, says none of the parties may have to pay any penalties if the force majeure clause is invoked. Additionally, they can consider Season 13 as a ‘zero year’, and negotiate to add an extra year at the end of the contract to recover losses.

“It depends on how the contract is worded. If it is a yearly restriction, they will have to negotiate another year. However, if it is season-wise, then the contract will continue till the particular number of seasons are played,” Singhania says.

The idea of contract extension hasn’t found takers in the BCCI. “That might not be possible. We will go for a fresh tender once the Star deal ends in 2022,” an official said.

However, if the tournament is held in October – an option the BCCI is exploring – it could result in Star losing out on advertising revenue due to a combination of factors, including the gloomy economic outlook, while still having to pay the entire rights fees.

READ | In the fallout, survival of the richest will emerge as cricket’s new jungle law

A truncated and postponed IPL will force Star to re-negotiate deals with advertisers who have already booked IPL slots keeping in mind the original April-May slot. An IPL later in the year could see them changing their minds. A product launch or promotion of seasonal goods can’t be expected to be showcased on-air if the IPL’s schedule changes.

“In such scenarios, they may be forced to renegotiate on existing bookings, rates and packages,” Kamath, who has previously advised the BCCI and other stakeholders on various issues, says.

Another predicament that Star could face is the drop in advertising spending in the coming months because of the Covid-19-forced economic slump. There are those who feel that even BCCI might face the same problem.

“In case they somehow do hold Season 13 in September-October this year, as it has been proposed, within months they will have to hold Season 14 in April, 2021. These back-to-back IPLs will dry up the advertisers. A market dealing with a slowdown will not be conducive for another IPL,” says a BCCI member.

He goes on to add that the Board, in case it holds an IPL this year, will have to start the process of inviting bids for a new broadcaster in 2021. “The financial slump will mean they won’t get good money for the TV deal. Delaying the tender process and pushing back the broadcast rights auction will be a wise decision.”