In 2011, the whole country sat up and took notice when Jharkhand's Varun Aaron clocked 153 kmph deliveries during the 2010-11 Vijay Hazare Trophy final against Gujarat. Now after a solid domestic season, and equipped some valuable experience from county cricket, Aaron is back. 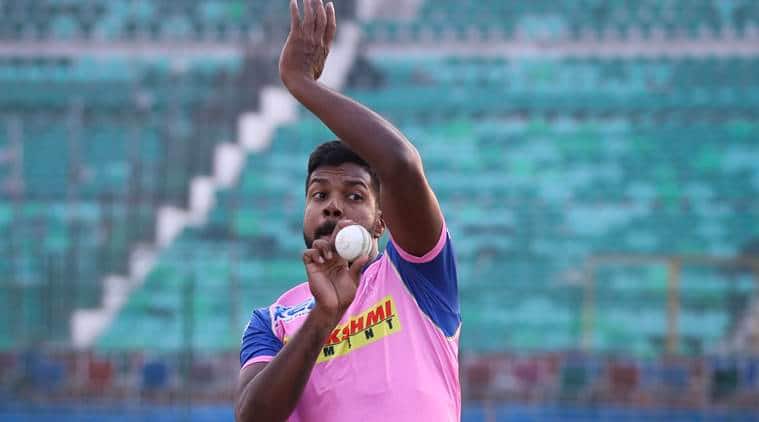 In 2011, the whole country sat up and took notice when Jharkhand’s Varun Aaron clocked 153 kmph deliveries during the Vijay Hazare Trophy final against Gujarat. A product of the MRF Pace Academy in Chennai, Aaron was one of the key members of the Indian pace battery in the 2014-15 season under Virat Kohli, who had just taken the reins from MS Dhoni in the longer format of the game. But a series of ill-fated injuries (to his back and ankle) sidelined him during his peak bowling years. Now after a solid domestic season, and equipped some valuable experience from county cricket, Aaron is back. But is he ready to deliver those 150 kmph missiles again? 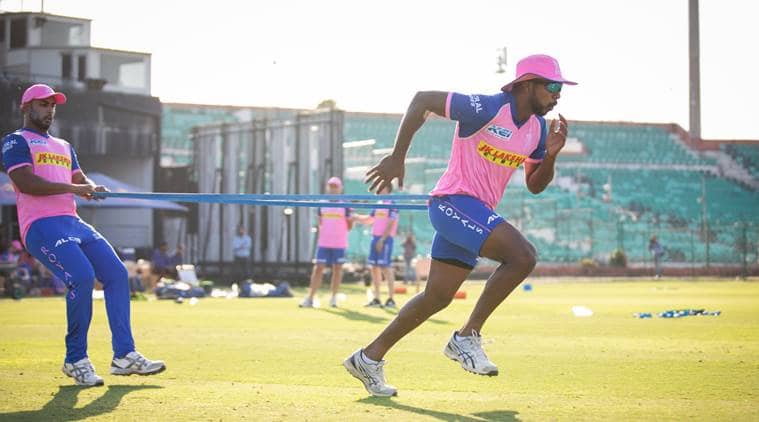 Varun Aaron has worked on his fitness. (Source: Rajasthan Royals)

“Yes, absolutely. I have been practicing quite a lot to improve myself and see where I can use my strengths to the optimum for the team. It was a different experience altogether from which I gained a lot and I’m really looking forward to this year’s IPL,” Aaron, who is playing for Rajasthan Royals in this edition of the tournament, told indianexpress.com.

Aaron said that he wants to keep bowling fast despite knowing that pacers have a tendency to sustain more muscle injuries than other cricketers.

“I’m not fearful really. These things such as injuries happen along the way, but that doesn’t make me feel low. I’ve always been optimistic, especially in these situations and I learn from all of these experiences, and the ones I’ve had in the past. It’s not a lot, but it is really helpful in trying times and that is my driving force. I can get up and fight to win,” he said.

Aaron was not bought by any team for IPL 2018 and went on to play county cricket with Leicestershire. The benefit of a season on English soil is a visible one.

“I made the most I could in that time. I went back and worked on some of my skills and developed newer ones. My biggest take away would be playing for Leicestershire and helping them win their first in 22 county games,” he said.

“The county stint led me to have good performances in the Vijay Hazare trophy, the Ranji Trophy season, and an India A call-up. I just wanted to carry this form and game in England for the rest of my career,” Aaron said.

Staying out of the IPL also had its rewards for the 29-year-old from Jamshedpur. 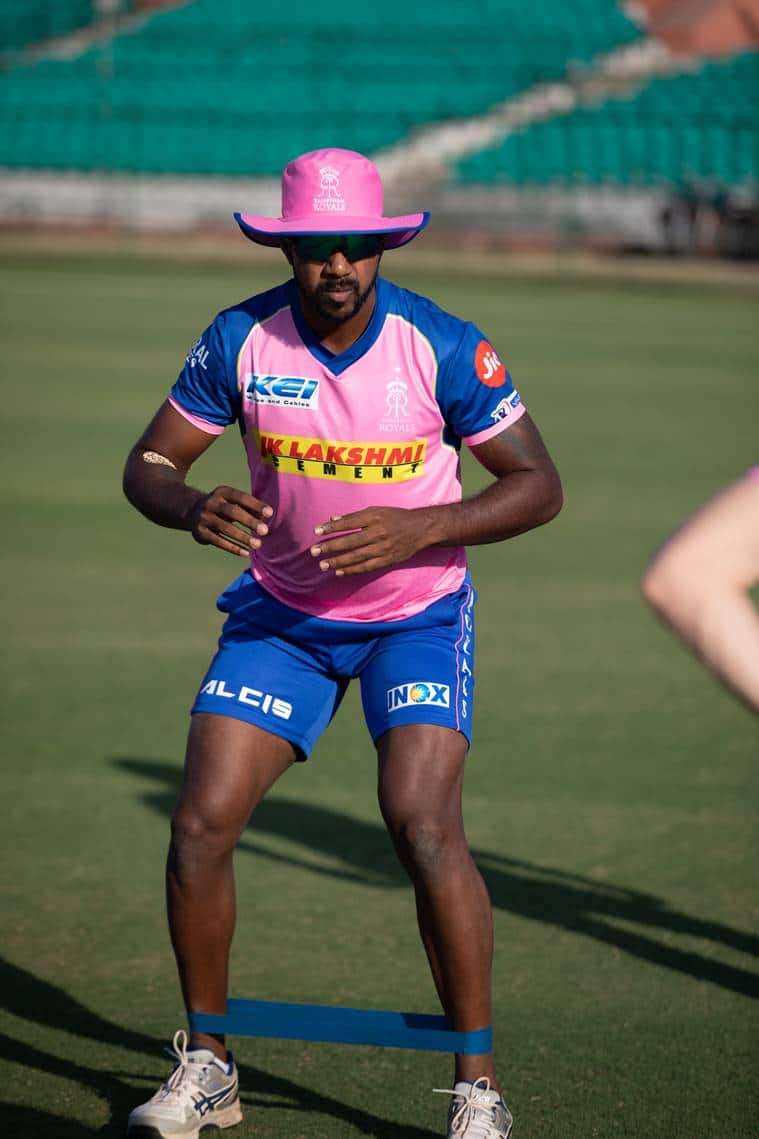 Ill-fated injuries (to his back and ankle) sidelined Varun Aaron during his peak bowling years. (Source: Rajasthan Royals)

“I got the space and time to go back to learning and developing newer skills only to return all reloaded with variations. And I took the absence from the IPL positively and constructively and made the best I could out of it. Today, the franchise has seen talent in me and chose me to be part of their squad, their family,” Aaron said.

The pacer said county cricket helped him expand his skillset with knuckleballs and cutters.

“I used to be solely a pace bowler, now I also use the leg-cutter and the slower one better. I swing the ball away and bring it in too,” he said.

A decent outing in the Syed Mushtaq Ali Trophy (9 wickets in 8 matches)  led to the Royals securing his services for the IPL. However, he is yet to play a game.

The last time Aaron donned the Indian ODI jersey was November 2014. So could the IPL be the springboard for a comeback into the Indian side?

“It could possibly be, and I’m going to give this IPL my best, and not worry about what’s next. My variations are an add-on and I think they can lead me to make a comeback. Like any other cricketer, I do wish to play for my country and win them matches,” he said.

Rahul Sadhubelieves that sports does not build character but reveals it... read more