Gavaskar has clarified that he wasn't blaming film actress Anushka Sharma for the failure of her husband - India and RCB captain Virat Kohli. 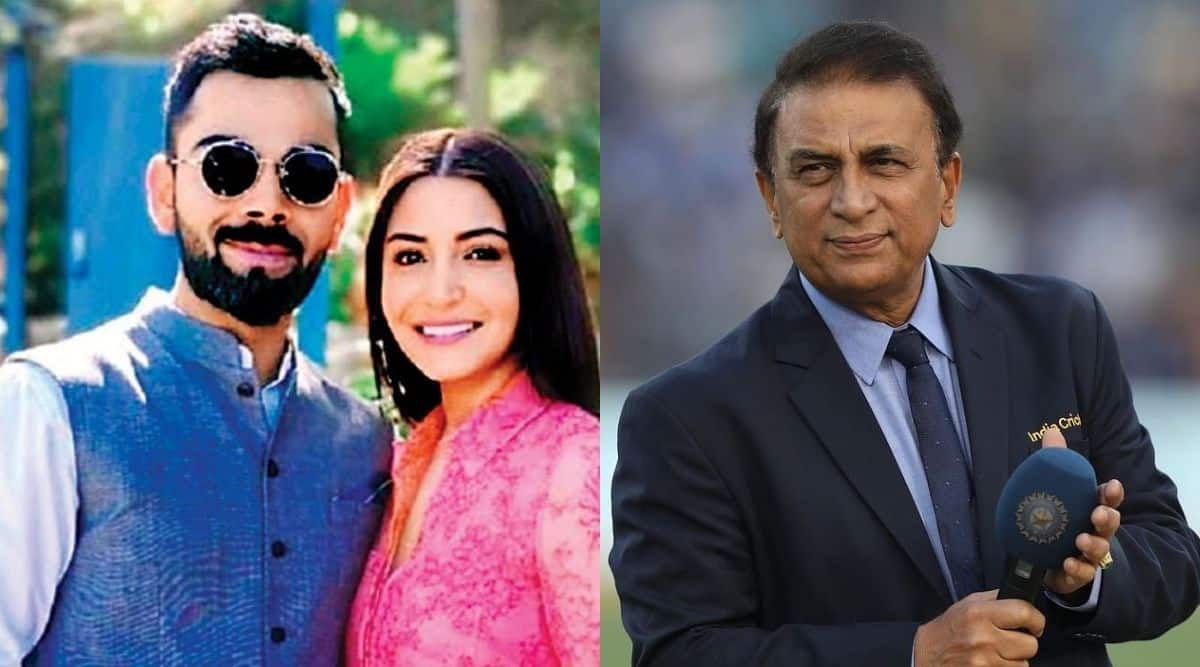 Batting legend and TV pundit Sunil Gavaskar has clarified that he wasn't blaming film actress Anushka Sharma for the failure of her husband - India and RCB captain Virat Kohli.

Batting legend and TV pundit Sunil Gavaskar has clarified that he wasn’t blaming film actress Anushka Sharma for the failure of her husband – India and RCB captain Virat Kohli. The IPL commentator was reacting to Sharma’s Friday afternoon Instagram story where she rebuked Gavaskar for dragging her into Kohli’s cricket.

This much-talked about social media post was in connection to a comment that Gavaskar made during Thursday’s IPL game that Kohli’s Royal Challenger Bangalore lost by 97 runs to Kings XI Punjab. It was during the RCB innings that Gavaskar, referring to a viral video of the couple, had said that Kohli’s only practice during the COVID-19 lockdown was facing Sharma’s bowling.

Here is the video we all have been talking about. #Gavaskar #AnushkaSharma #ViratKohli @imVkohli @AnushkaSharma #ipl #rcb #SunilGavaskar pic.twitter.com/aCRtB6Pr2x

In May, a social media video, shot by a fan looking down from a neighboring high-rise, purportedly showed Kohli and Sharma playing cricket in their front yard.

By Friday morning, Gavaskar’s comment – which was twisted in some posts – would divide opinion on social media. While some called him sexist, there were also those who didn’t find anything objectionable with Gavaskar’s comment.

This was followed by Sharma putting out a long Instagram story where she said: “It’s 2020 and things still don’t change for me. When will I stop getting dragged into cricket and stop being used to pass sweeping statements?” Sharma’s confrontation with India’s seniormost commentator and batting great would coincide with #BoycottGavaskar trending on social media. 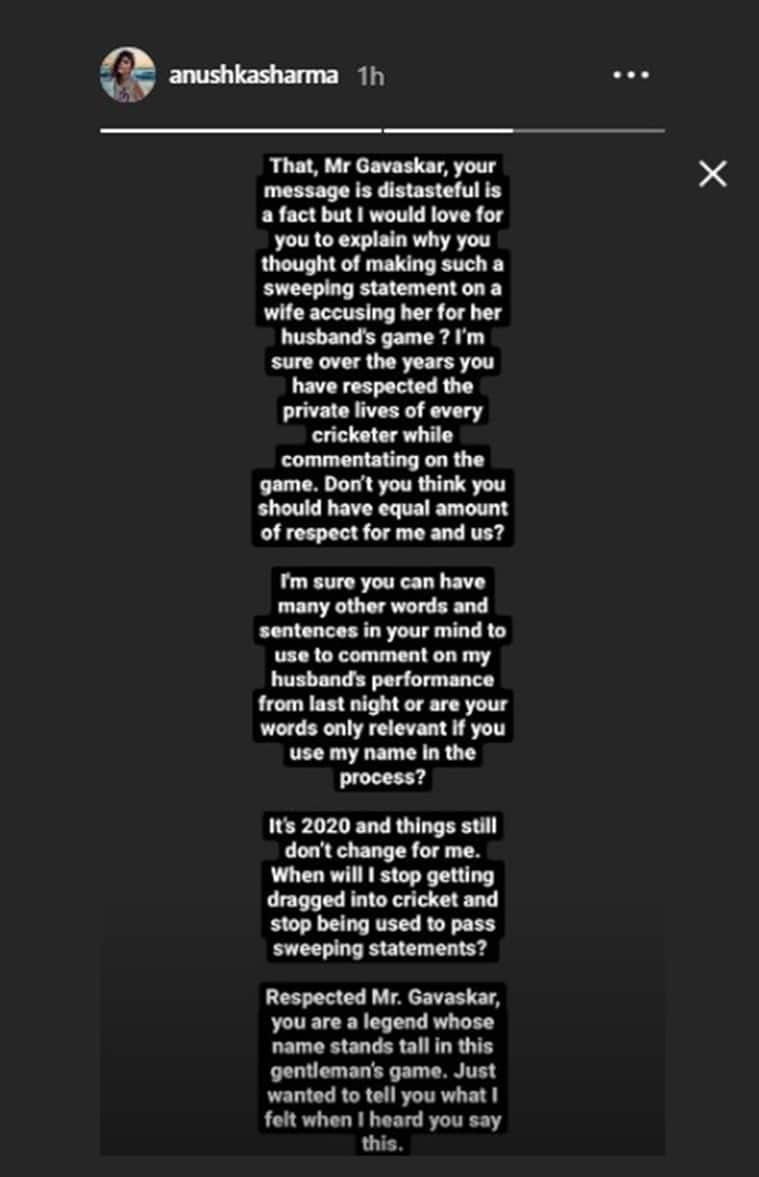 In the evening Gavaskar, on India Today TV, would give his side of the story by saying that he wasn’t “being a sexist”.

Chronology of the controversy:

RCB were 3/2 when Kohli walked in to bat, chasing KXIP’s target of 207. It was in the third over (at the 2.2 over mark precisely) that Gavaskar said in Hindi: “Woh jaante hain jitni practice karenge ussi se toh woh behtar ban sakte hain. Ab jo lockdown tha toh sirf Anushka ki bowling ki practice ki unhone, wo video dekhi hai (reference to a viral video), usse to kuch nahi hona hai (He knows that more you train, more you get better. During the recent lockdown he only practised to Anushka’s bowling, I saw a video. But that is not going to be enough).” Kohli had just come in to bat and was on 1 off 3 deliveries.

Calling his comment distasteful, Sharma though urged Gavaskar to offer an explanation about “such a sweeping statement on a wife accusing her of her husband’s game?” She said: “I’m sure over the years you have respected the private lives of every cricketer while commentating on the game. Don’t you think you should have equal amount of respect for me and us? I’m sure you can have many other words and sentences in your mind to use to comment on my husband’s performance from last night or are your words only relevant if you use my name in the process?” She would further say: “It’s 2020 and things still don’t change for me. When will I stop getting dragged into cricket and stop being used to pass sweeping statements?”

Gavaskar told India Today TV that he and fellow commentator Aakash Chopra had been talking about the fact there has been very little chance for any proper practice in the lockdown, for everybody. “It showed in the rustiness of some of the players in their first matches. Rohit (Sharma) didn’t strike the ball well, now in the second match he has got runs, MSD (Mahendra Singh Dhoni) didn’t strike the ball well in the first match.” He then explained: “…..Anushka was bowling to him, so that’s what I said, that’s the only bowling, I have not used any other word.”
He went on to say that, “I have not been sexist, if somebody has interpreted it, what can I do,” Gavaskar shrugged.