Hockey World Cup 2018: Arthur Van Doren – the MVP who leads Belgium from the back

Arthur Van Doren isn’t the kind who will get too pumped up before a match or come screaming out of the dressing room. Instead, Van Doren sits quietly in a corner, and plays out the match in his mind. 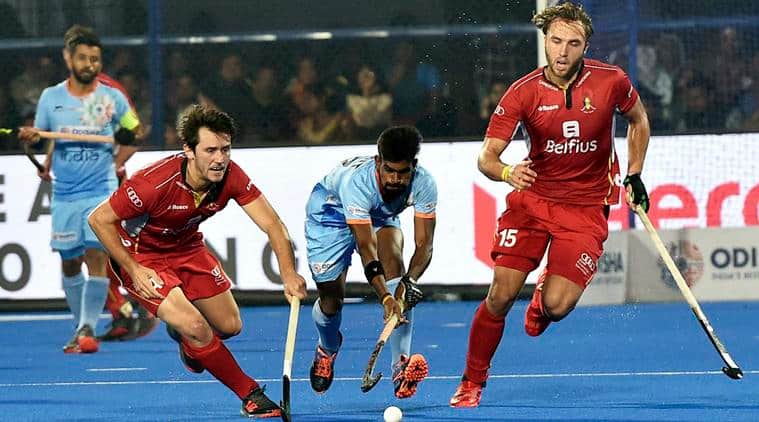 Arthur Van Doren doesn’t do anything that’s particularly eye-catching. On most occasions, he is mopping up the mess his teammates create. But his simplicity is as beautiful as a dribble.

The world’s best hockey player, and the World Cup’s MVP, isn’t a dazzling dribbler or a seasoned sharpshooter with an unerring eye for goal. Instead, he is a defender who operates, mostly, within 9 metres inside his own half. Arthur van Doren is only 24. But he has already led Belgium to a World Cup title, an Olympic silver medal and a European Championship final. That, though, isn’t the only reason why he is the best.

Often, in search of a narrative, one looks for that one special something that separates extraordinary athletes from mere mortals. Jamie Dwyer, the legendary Australian forward, operated on instinct. Sardar Singh had the ability to visualise and execute a pass few others could. Germany’s Moritz Fuerste was a lionhearted leader. Van Doren isn’t any of these. Perhaps, he is a little bit of everything.

He has the slight build of a young boy. The floppy hair lends him a certain boyish charm. He isn’t the kind who will get too pumped up before a match or come screaming out of the dressing room. Instead, Van Doren sits quietly in a corner, and plays out the match in his mind. “I try to visualise what’ll happen, who are the important players. get in the thinking mode and once the game starts, the thinking mode goes off. Because then, I purely rely on instinct,” he says. Van Doren’s instinct is to play attacking, free-flowing hockey. But his role is to make sure the defence is in order. “So if I go too much forward, the coach isn’t happy,” he says.

Belgium are a team that swears by the zonal style of play. Every player is assigned an area on the pitch, which he has to guard – especially while defending. At the same time, they are a unit that employs high-press – a style in which forwards are positioned high up the field in an attempt to put pressure on opposition defenders and force errors. It’s a high-risk-high-reward strategy. If a team can steal the ball, they’re just a few yards away from their opponents’ circle. But if the other team beats the system, the pressure is on the defence.

That’s where Van Doren is most handy for Belgium. He moves around between the top of his ‘D’ and the 25-yard line. The 9m distance is barely any space for a player to make an impact. But for Van Doren, it’s good enough not only to orchestrate the flow of the game, but also influence the overall result of the match.

Van Doren doesn’t do anything that’s particularly eye-catching. On most occasions, he is mopping up the mess his teammates create. But his simplicity is as beautiful as a dribble. He is rarely beaten in one-on-one situations; routinely intercepts balls played towards their ‘D’. The precision and timing of his tackles, and the sense of positioning, mean that even if he is the last man in the defence, it’s virtually impossible to get past him.

In a World Cup where the average goals scored per match was four, Belgium conceded just five in seven games. In the two most important matches – the semifinal and final – they didn’t let in a single goal. And a lot of it was because of Van Doren. With him as the central defender, and Vincent Vanasch in goal, Belgium were the most impressive defensive unit. “Arthur is a special guy,” Belgium coach Shane McLeod says. “He is extremely humble and by giving us security at the back, he allows us to play more attacking hockey.”

Van Doren is seen as the poster-boy of everything clicking for Belgian hockey. When he was growing up, they weren’t even a tiny speck in the hockey universe. That was perhaps why Van Doren, despite being born into a hockey family — his father and uncle were both players — chose tennis as a career option. As a 13-year-old, he played a junior international tournament in Scotland but the Belgian hockey federation’s push for the sport prompted Van Doren to hang his racquet.

In 2005, the Belgian federation launched ‘Be Gold’ project, with the aim of creating an Olympic champion side by the time the 2016 Rio Olympics came along. Substantial investment was made across various national youth teams and Van Doren was among the players selected for the programme. The prodigious talent that he was, he was fast-tracked to the junior Belgian team that, for the first time, won the European under-18 and under-21 championships. And days after his 18th birthday, Van Doren was handed his senior team debut.

Since then, he has made more than 150 appearances and even though many believe his best is yet to come, Van Doren is already considered one of the best to have played this sport. His rise has coincided with Belgium’s emergence as the sport’s powerhouse.

They came closer than ever to meeting the Rio Olympics target set in 2005. But the silver they won two years ago added impetus to the ‘Be Gold’ project — the federation now wants Belgium to be world, Olympic and European champions at least by 2024. They have created a pool of players — for a country that’s smaller than Mumbai, population-wise, Belgium now has roughly 50,000 registered players.

They have taken the sport to the masses using creative means, for example, the semifinal against England was shown live on two channels – one where they had expert commentary for routine hockey followers while on another, it was designed for beginners. “When I started playing, nobody knew or played the sport,” Van Doren says. “If you look at how many people play and follow the sport (now), it’s really cool to see.” On Tuesday, thousands turned up at the central square in Brussels to welcome the team. And Van Doren, who’d been quietly leading the team from the back, was at the forefront of those celebrations.