The injured umpire held his face with one hand and rushed out of the field along with the medical staff. 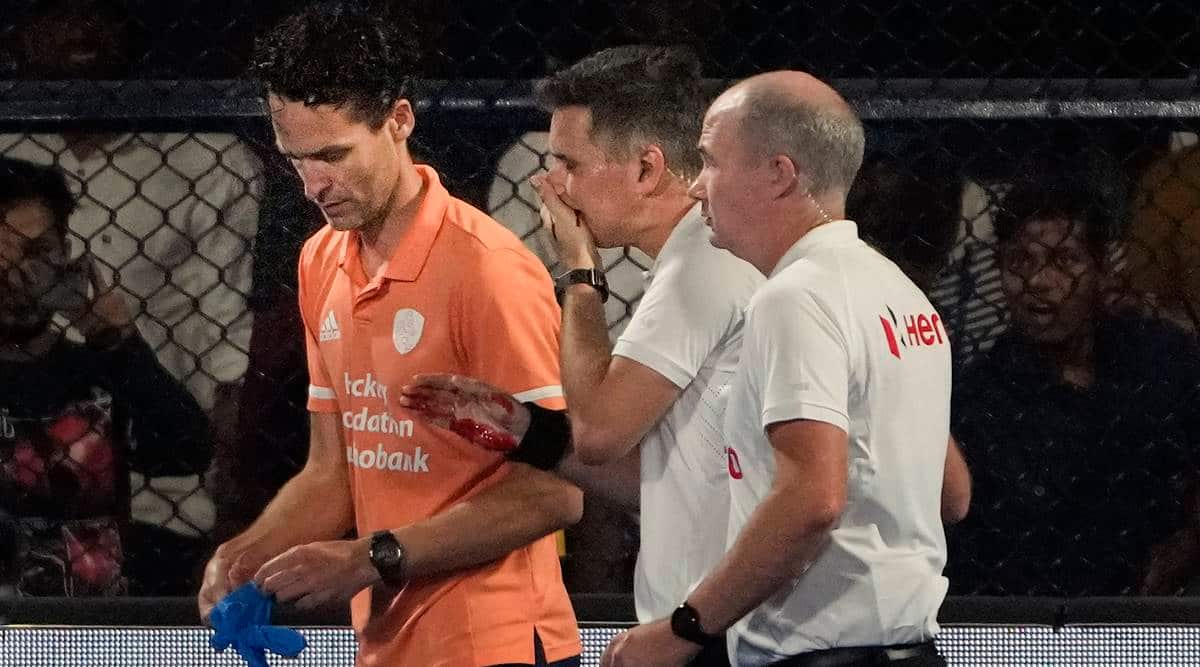 In a bizarre incident, German umpire Ben Goentgen was hit on the face off a penalty corner strike in the FIH Men’s World Cup quarterfinal match between Netherlands and South Korea on Wednesday.

Goentgen was immediately taken off the field for medical attention.

The incident happened in the 28th minute when South Korean Jang Jonghyun’s stinging drag flick got deflected from a Netherlands player’s stick and struck the face of Goentgen, who was standing a few meters away from the goal post.

Goentgen fell down in pain while his co-umpire Gareth Greenfield of New Zealand and medical staff of the tournament organisers rushed to help him.

The injured umpire held his face with one hand and rushed out of the field along with the medical staff.

He was later replaced by the reserve umpire of the match, Raghu Prasad of India.