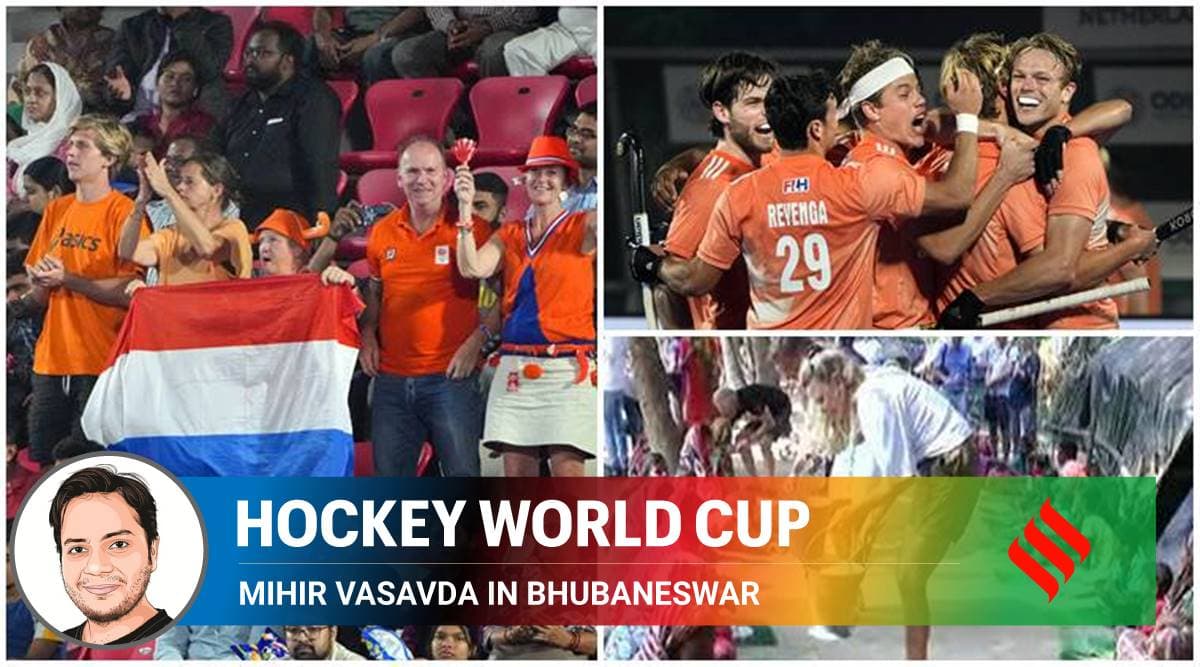 They’ve come to India, supported their children, saw them storm into the semifinals of the World Cup, and – dressed in their bright orange t-shirts – added a splash of colour to the stands of the Kalinga Stadium. And when not watching hockey, they’ve fed an entire village.

When the parents of Dutch hockey stars boarded the plane to India, visiting a remote Odisha village and spending a day with Dalit families wasn’t on their agenda. But over the weekend, they did just that: renting a bus, travelling to two villages near Puri, hiring cooks to prepare meals, serving the villagers and mingling with them.

“It was such a life-changing experience,” said Kathleen, the mother of forward Terrence Pieters. “In The Netherlands, if you donate, you kind of rely on the fact the money will go somewhere. But being there, seeing the people and how they live, how they struggle… It’s impactful.”

The trip to Dalit villages was Kathleen’s idea. A volunteer with an NGO (the Indian Light Foundation) in the Netherlands, Kathleen, who is of Surinamese descent, was informed about these villages by another NGO worker, of Surinamese-Indian background, whom she met just before leaving for India.

The not-for-profit organisation, she added, works to provide clean water to the villages apart from supplying medicines, supporting education and creating employment opportunities.

“I met her in Amsterdam and we had a very nice chat. She told me that she’s supporting Dalit villages in Odisha. I said, ‘while I’m here, I’m going to come and visit’,” said Kathleen, whose son Terrence is credited as one of the few players to have broken racial barriers in Dutch hockey. “I told a few parents about this and they were like ‘oh wow! can we join?’.”

Eventually, around 20 of them – parents, girlfriends and wives of players – joined her. The local staff of the organisation arranged a bus for them to travel. They hired cooks, who prepared meals on the spot at the villages, which were served to the villagers in traditional style on banana leaves.

“We spoke to the locals, heard their stories, interacted with children and donated a meal,” says Allete, the mother of Dutch defender Jip Jansen. “They had a small cultural show – a dance – and blessed us.”

The Dutch families have travelled by the dozen to Bhubaneswar and Rourkela to support their children, who have been away from home for nearly two months, having played a tournament in Argentina just before leaving for India. Last week, the players enjoyed a day off with their families at the team hotel, a bonding exercise that their coach Jeroen Delmee hoped will keep them mentally fresh for a long campaign.

“It’s very important for us to be around. When we are here, they have a little home with them,” Allete said. “And for us, it is extra special to be here because hockey is really big in India compared to Holland, where it is not a big deal.”

On the field, the Netherlands have turned on the style and hardly broke sweat en route to the semifinals. In Wednesday’s quarterfinals, they defeated South Korea 5-1 to set up a rematch of the 2018 World Cup final with reigning champions Belgium.

And while the Dutch players will hope to be crowned champions after two consecutive failed attempts, their families are returning with a lifetime of memories. “It’s not like we are helping India,” Allete said. “But if you can help a village, it’s beautiful.”

You quit your job, but you’re still miserable. Now what?