Fire in the belly: Shardanand Tiwari’s rise at the Junior World Cup

The teenager’s drag-flick conversion was enough for India to seal their place in the last four. Ganga Prasad Tiwari vividly remembers how his son Shardanand used to go to his hockey practice every day in the morning with just a cup of tea for breakfast.

“I have never given him a hockey stick or shoes. Forget about the kits, I could not even afford fruits for his diet. Most of the days, he used to go for training with an empty stomach,” he tells The Indian Express of the troubles that came with his meagre Rs 1500 monthly salary. But he also goes ahead and talks about his son’s zid (stubbornness) to play for the country.

On Wednesday, Shardananad, dressed in the blue of the national team at the Junior Hockey World Cup, stepped up to take a penalty corner at the Kalinga Stadium in Bhubaneswar. The successful drag-flick in the 21st minute proved to be the only goal in the match – enough for India to beat European giants Belgium for a place in the semi-final.

The 17-year-old has now scored four goals in the tournament so far – two against Canada and one against Poland in the group stage, before the winner against the reigning Olympic champions.

But Ganga Prasad, who has seen his young son play the sport from his early days missed the teenager’s greatest moment (so far) on the hockey field. He was at work, as the driver of Lucknow district magistrate Abhishek Prakash.

But it wasn’t too far from home where Shardanand’s tryst with hockey began.

“In 2012, we moved here. KD Singh Babu Stadium is near our house and this is where he first saw players playing hockey,” recalls Ganga Prasad. “One evening, when I returned home from duty, he told me that he wanted to play hockey. I didn’t even take it seriously. I casually said we will see.”

But the youngster, the third among four siblings, was ready to slog it out. Even if it meant taking up a job.

At the age of 10, he started working in a grocery store for Rs 300 so that he can save money to buy gear and accessories for hockey. For three months, nobody in the Tiwari household had a clue that Shardanand is working and is skipping school.

“When I found out, I got very upset. I even scolded him. But the next day I realised why he did that, and I told him that he won’t have to worry about the money from now onwards,” says Ganga Prasad.

Shardanand was first spotted by coach Neelam Siddique, who was then working with the Sports Authority of India (SAI) in Lucknow.

“Once he got enrolled in the SAI, we thought now he will be able to pursue his dream. But my income was still not good enough to get him a hockey stick and shoes,” recollects Ganga Prasad.

“The coaches gave him a few old sticks and shoes. Everyday before going to bed, he will bind his hockey stick with ropes since it used to break.”

The first pair of hockey shoes he got was a gift from his childhood coach Arun Yadav when he broke into the World Cup squad.

“This is my son’s story. He has played hockey all his life with borrowed sticks and shoes. But he never gave up, and never complained either,” he adds. 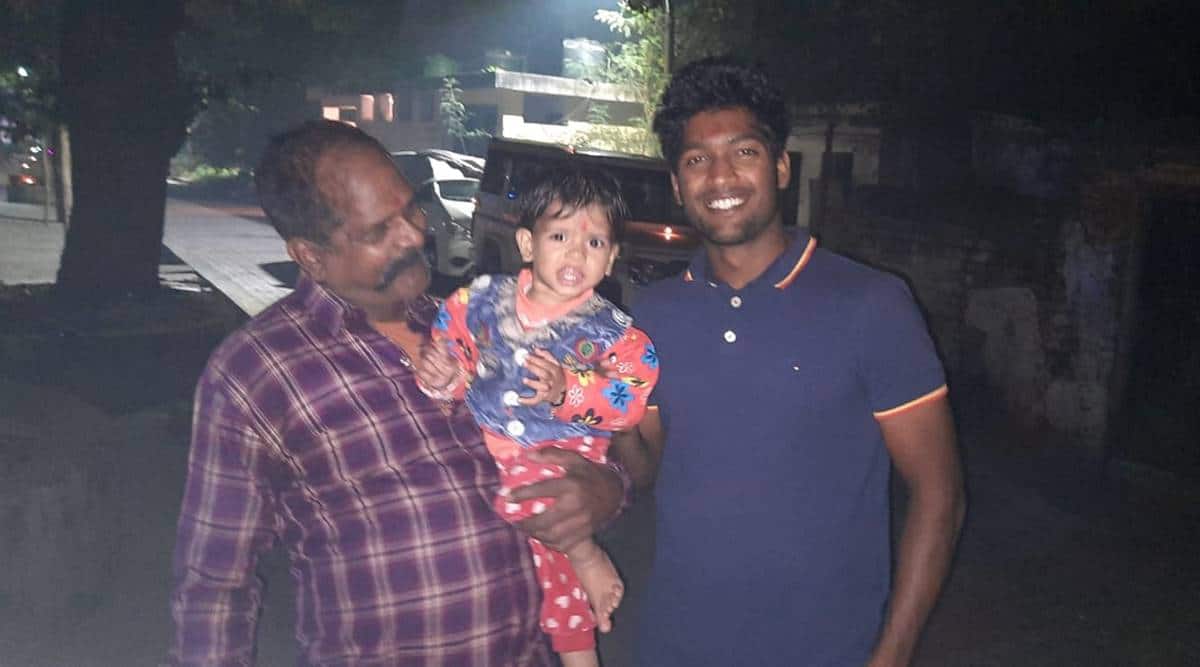 Rani Tiwari, his mother says “Sapna jaisa lag raha hai, sab uski mehnat ka fal hai (It is a dream for us, It is all his hard work).”

Shardanand’s journey began on an empty stomach. Now when he returns, his mother is preparing a feast.

“Aloo ki sabzi is his favourite so I will cook it for him once he will be back home. But there are still two matches to go, and I know we are going to win the World Cup,” she adds.

Two Omicron cases in Karnataka: One is local doctor with no travel history, another came from S Africa