Akashdeep once again came to India's rescue and scored with a fierce reverse hit in the 27th minute to level the scores. 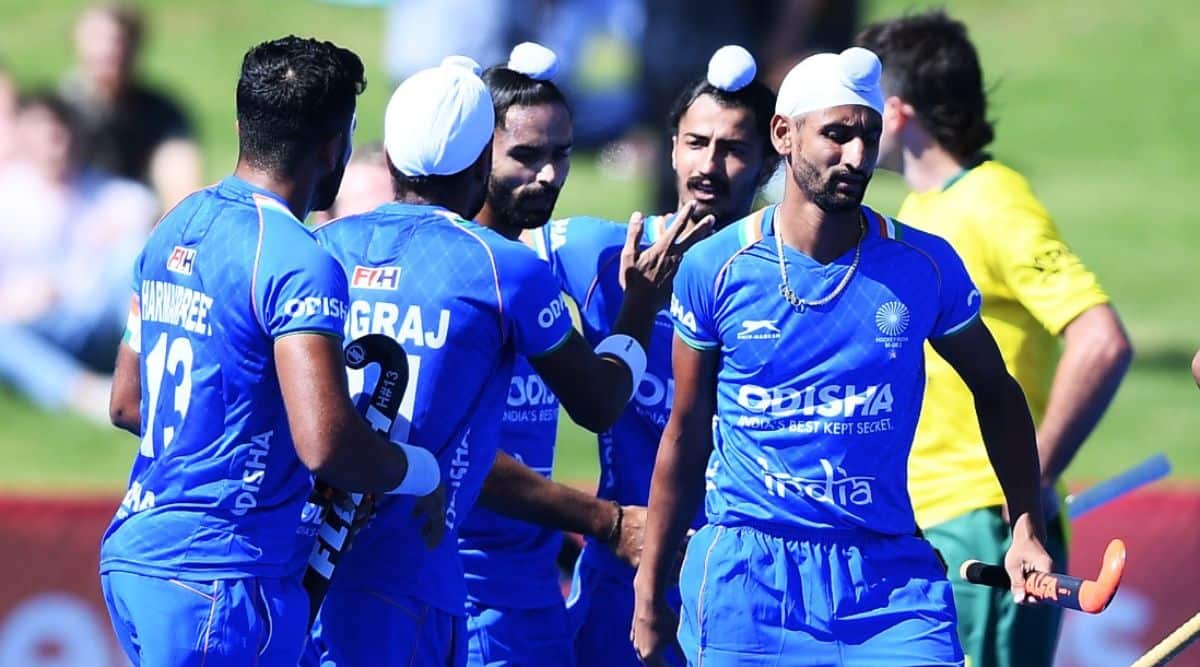 Akashdeep Singh’s hat-trick went in vain as India conceded two late goals to lose 4-5 against Australia in the high-scoring first hockey Test of the five-match series.

Akashdeep Singh (10th, 27th, 59th) scored thrice while skipper Harmanpreet Singh (31st) converted a penalty corner for India. Australia’s goals were scored by Lachlan Sharp (5th), Nathan Ephraums (21st), Tom Craig (41st) and Blake Govers (57th, 60th) who found the back of the Indian net twice from penalty corners towards the fag end of the match. The second match of the series will be played on Sunday.

India loses out to Australia in the last second of this nail-biting encounter.

India’s chief coach Graham Reid was expectedly disappointed with his team’s performance in the final stages of the match.

“It was a disappointing finish to what was probably a pretty good performance. We let ourselves down at certain stages specifically in two quarters but I think we came back well only to unfortunately hand it back to them (Australia) at the end. That’s something we have to get better at now,” Reid said.

“The challenge now is to put a good performance together. One of the objectives of this tour is consistency, and that’s the challenge for us tomorrow.” Australia started on an attacking note and took the lead as early as the fifth minute with Sharp slotting home past India custodian PR Sreejesh with his very first touch of the match.

The Indians responded within minutes with Amit Rohidas creating a great move from the left flank but his ball was intercepted inside the circle by the Australian defence.

Akashdeep equalized for India in the 11th minute after Hardik Singh made a wonderful interception to create the opportunity. Six minutes into the second quarter, Australia restored their lead, courtesy poor defending from the Indians as they failed to clear a cross and Ephraums got a smart deflection to put the ball into the net.

Akashdeep once again came to India’s rescue and scored with a fierce reverse hit in the 27th minute to level the scores. Just at the stroke of half-time, Australia got a penalty corner but India’s second goalkeeper Krishan Bahadur Pathak was alert to avert the danger.

A minute after the change of ends, Harmanpreet gave India the lead for the first time in the match, scoring from a penalty corner The Indians then secured back-to-back penalty corners but wasted both.

In the 41st minute, the Kookaburras secured another penalty corner and Craig scored from a rebound after Sreejesh saved the initial drag-flick. The home team continued to press hard and secured a handful of penalty corners but failed to cash in on the opportunities.

India were sloppy on the turf in the last five minutes of the game as Jarmanpreet Singh got an unnecessary green card, leaving his side a man down for the rest of the game.Australia took full advantage of the situation and secured another penalty corner which was converted by Govers with a powerful flick.

But Akashdeep levelled the scores a minute from the final hooter, scoring from a goalmouth melee. But poor defending from the Indians inside their own circle cost them as Australia earned two more penalty corners and Govers once again found the net with the second attempt to hand the home team a 1-0 lead in the series.