Father of all comebacks: Tiger earns back his stripes 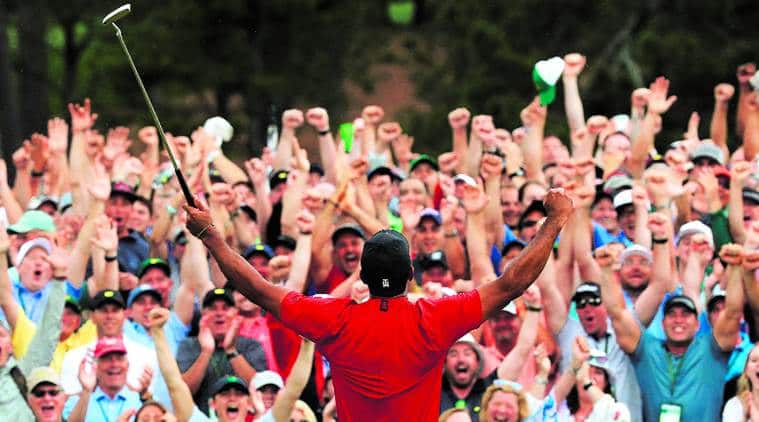 Father of all comebacks: Tiger Woods

It looked like the same old Tiger Woods. The figure clad in the familiar flaming red and black walked up to the 18th green to a cascading applause from the thousands who had filled the galleries and were now encroaching upon the fringes. But there was barely a hint of acknowledgement from the man they were so vociferously cheering. Only his right hand reached reluctantly to the peak of his cap. That’s all. Over the last few holes, as he inched into the lead at the Masters and got a whiff of a fifth green jacket, Woods had begun to steel himself.

With Woods, this act of “steeling” is no figure of speech. One can almost see it happening. His body stiffens and the walk becomes mechanical. A scowl appears on his face and the gaze gets cold and mean. It’s as if he goes into some kind of a reverse-jinxing denial that he is winning. On Sunday, if there was no scoreboard at hand, one wouldn’t have known from his visage if he was 14-over and about to miss the cut, or, as was really the case, 14-under and about to win a Major for the first time in 11 long and tumultuous years.

To become inscrutable is almost second nature to him. As the story goes, when he was a kid, his father Earl Woods, a United States Armyman, would take him for golf practice. There he would make him stand on the putting green and as ‘cub’ Tiger would prepare to take the shot, a barrage of abuse from his father would wash over him. Woods Senior’s rationale was that it would toughen his son up. 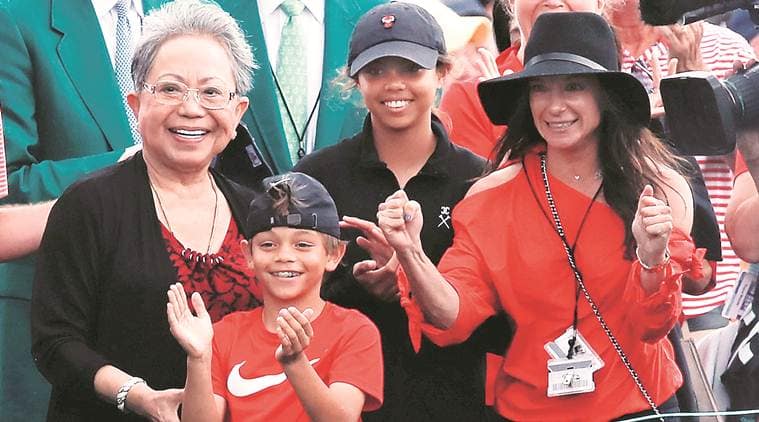 Oblivious, then, to the claps from a fawning crowd, Woods holed the short final putt with steady hands and pumped his fist, nonchalantly at first, as if the Woods of old had completed a routine victory that everyone expected him to.

It was anything but a routine victory. And it wasn’t the same Tiger Woods.

It took about a moment for it to sink in. As the patrons and fans at Augusta National brought the proverbial house down, Woods turned towards them, raised both arms with a jerk, as if freeing himself from his own shackles. Cracks appeared in his cold exterior in the form of a warm, genuine smile. Woods took off his cap as he hugged fellow competitor Tony Finau and shook Francesco Molinari’s hand. The bald patches on his scalp showed how much those years in the wilderness had chipped away at Woods. He looked older than his 43 years. The soundtrack of claps ebbed and flowed, but never subsided till he disappeared into the scorer’s room. Woods has won this for all of us, the competitors, the sponsors, the fans. The ratings at Augusta were up five per cent from last year because HE was participating. At his peak, Woods not only made money for himself, he minted it for everyone in the sport. Golf, till date, hasn’t fully recovered from the twin blows of Woods’ misfortunes that began with a knee injury in 2008 followed by the sex scandal, and the financial downturn the same year. So Major no.15 at Augusta comes as a huge boost.

For the casual fan, too, this win reinforces the faith in sport, and in life, given the way Woods came back from the brink. A couple of years ago, because of multiple back surgeries, Woods thought he would never be able to walk again, let alone play golf at a competitive level. And here he was, triumphant on the biggest stage that the sport has to offer. And at an age when retirement from active golf begins to loom large. The biggest winner is not you, me or the game. Or even Woods himself. Father of all comebacks: Tiger Woods

On his way to the scorer’s room, he wrapped his son Charlie, wearing – what else – red and black, in a tight, emotional embrace and then hugged his daughter Sam and mother Kultida. Woods now looked as cuddly as a stuffed-toy tiger. This past decade has taken the biggest toll on his family. 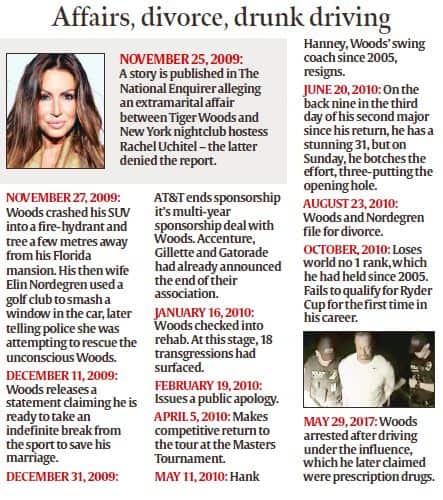 Later on Sunday, Woods would remember another father-son embrace at Augusta National — after his maiden win in 1997.

“My dad shouldn’t have come in ’97. I mean, he had heart complications, and wasn’t supposed to fly, but he flew and came. Gave me a putting lesson on Wednesday night, and the rest is history. My dad’s no longer here, but my mom’s here, 22 years later, and I happen to win the tournament; and then to have both Sam and Charlie here, they were there at the British Open last year when I had the lead on that back nine, and I made a few mistakes, cost myself a chance to win The Open title.”

It’s a small, though very significant, payback to his kids who will – if they haven’t until now – learn everything we have known about Woods. For Sam and Charlie, their father has never been the champion golfer that he has been for the rest of us. Until Sunday, that is. Sam was one-year-old when Woods won his last Major; Charlie, 10, wasn’t even born then. But they have seen him living separately from their mother, Elin Nordegren, with whom Woods shares their custody after their 2010 divorce. Sooner or later, they would come to know the cause of it: Woods’ indiscretions. Woods once said he intended to tell them himself about all that before they found out from others, or from the internet. Sam and Charlie have also seen their father crawling on the floor because of his back issues. They have seen a Woods more vulnerable than we will ever see. Sunday was the first time they really saw in the flesh Woods morphing into a superman that the world once took for granted.

“I wasn’t going to let that happen to them twice (smiling), and so for them to see what it’s like to have their dad win a Major championship, I hope that’s something they will never forget,” Woods said.

Sam and Charlie are the biggest winners, then.

MI vs RCB, IPL 2019: RCB shoot themselves in the foot at the death at Wankhede