Shubhankar Sharma ready to live dream at The Open

21-year-old Subhankar Sharma clinched a sensational breakthrough on the Asian Tour by winning the Joburg Open last December to earn a coveted spot for the year's third Major championship. 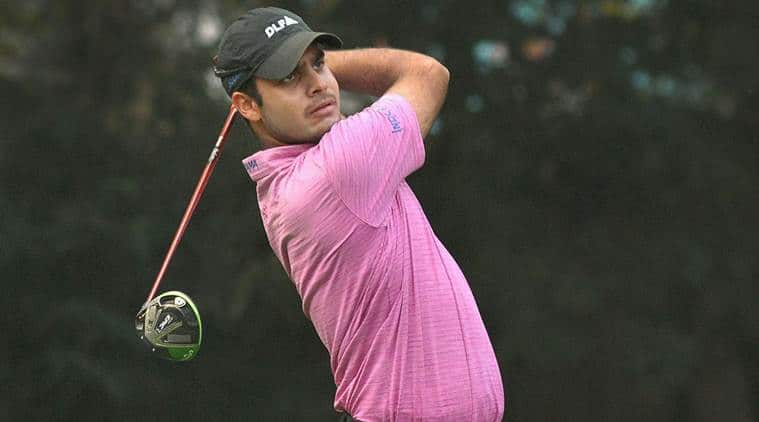 Despite not making the cuts in his last two attempts at a Major championship, Sharma remains positive as he relishes his third Major appearance and also his first attempt on laying his hands on the Claret Jug this week. (Source: File Photo)

India’s rising star Shubhankar Sharma will realise a long-time dream when he makes his debut appearance at The 147th Open at Carnoustie, which gets underway on Thursday.

The 21-year-old Sharma clinched a sensational breakthrough on the Asian Tour by winning the Joburg Open last December to earn a coveted spot for the year’s third Major championship.

“That victory will stay with me for the rest of my life. It was my first win and I was literally playing ‘alone’ in South Africa. I will always remember the love and warmth I got from the local fans that week and, of course, the avenues it has opened up for me in life.

“Teeing it up for The Open is the best spin off. I am really excited to be here,” said Sharma who was the only Indian in the 240-man field at the tri-sanctioned event in Joburg.

“Playing in The Open has been my ‘only’ dream, at one point of time, when I started playing golf. I have watched all the past editions on television and I would keep replaying the videos until I feel as if I have been played in The Open before,” added Sharma.

After his maiden win in South Africa, the young Indian went on to secure a second Asian Tour title at the lucrative Maybank Championship in Malaysia two months later.

He continued to take the golfing world by storm when he claimed a top-10 finish in his World Golf Championships debut in Mexico in March. That finish earned him an invitation to The Masters where he made his Major debut.

Sharma, who leads the Asian Tour Habitat for Humanity standings with a current haul of USD 589,575, added another feather to his cap by earning his second Major appearance at the US Open after making the mark in the Qualifier.

“Playing in the Masters has been an out-of-the-world experience and the circumstances under which I got there, getting a sponsors’ invite, made it all the more beautiful. My whole family and friends were there with me too. Qualifying for the US Open was also great, as I earned that by getting through the qualifier,” he said.

“Both these experiences have been unique and enriching. I am extremely lucky that I am getting all these opportunities early in life,” added Sharma, the world’s highest-ranked Indian in 87th place on the Official World Golf Ranking (OWGR).

Despite not making the cuts in his last two attempts at a Major championship, Sharma remains positive as he relishes his third Major appearance and also his first attempt on laying his hands on the Claret Jug this week.

“My game is alright at the moment. There are always small issues here and there in golf. Apart from that, I am good for the week and I am hoping to give a good account of myself out there. The Scottish Open last week was the first ever event I played on links course,” he said.

“The Open is going to be the second. I felt comfortable on the course last week. I assume Carnoustie is also going to be similar and I should come good. I am quite positive on my chances.

“Playing in Europe is different for the simple reason that the conditions are different from Asia. You have to play here to get the feel of everything. I am learning and I have done well so far,” added Sharma.

Sharma will be flying the Indian flag alongside 2015 Asian Tour Order of Merit champion Anirban Lahiri at golf’s oldest Major championship. He will also have his father Mohan Lal and his coach Jesse Grewal watching him from outside the ropes this week.