Pulisic - and team US will hope the knock he suffered against Iran won't render him out of the Round of 16 match against the Netherlands. Without their superhero, an already daunting fixture for the US will only get tougher. 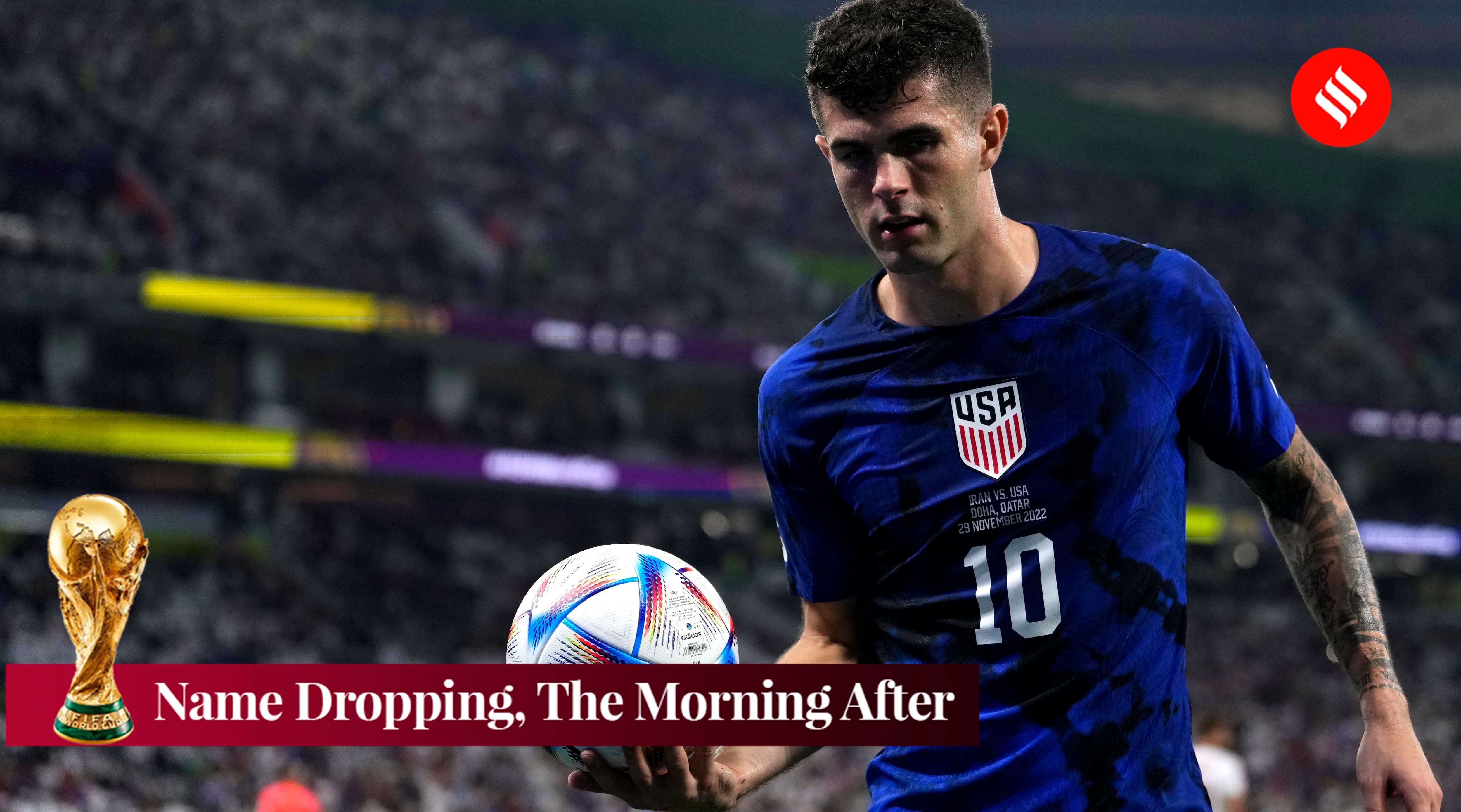 He’s not called ‘Captain America’ without a reason.

The ‘Great Satan vs Axis of Evil’ rematch was always going to be a grinding affair. A superhero effort by Christian Pulisic was eventually the difference between the USA and Iran, with the former clinching a 1-0 win to oust their geopolitical rivals and qualify for the Round of 16.

The moment came deven minutes before half time. Weston McKennie floated a ball inside the Iranian box on the right towards Sergiño Dest, who cushioned a header across the face of the goal. Pulisic came bursting through a wall of Iranian defence to score the goal that eventually proved to be the winner. But in doing so, he clattered into Iranian goalkeeper Alireza Beiranvand and as the spectators in the stands celebrated the strike, Pulisic lay flat on the ground for almost four minutes.

When the Chelsea star managed to get back on his feet, he tried to continue but had to be immediately taken off. At half time, he was taken to a hospital with dizziness and to undergo scans. It has been reported that he suffered pelvic contusion but coach Gregg Berhalter expressed hope that he’ll be fit for the Round of 16 clash against the Netherlands on Saturday.

“Christian makes those runs. That’s what he does. That’s the special quality he has,” Berhalter said in a post-match press conference. after the game. “As soon as the ball is wide, he goes in with intensity into the penalty box and good things happen and you score goals. We’ve seen at Chelsea he’s scored a number of goals on the same types of runs. He crashes the box and makes it really difficult for defenders with his change of pace.”

It’s these qualities that’s made Pulisic the golden boy of America’s golden generation. More than half of the players in the US squad in Qatar ply their trade in one of the five top American leagues – Pulisic is with Chelsea; the man who provided him the assist, Dest, is with Milan; the player who crossed the ball into the box, McKennie, plays for Juventus. With an average age of 25, the starting 11 against Iran on Tuesday was the youngest yet at this World Cup. Berhalter said he has one eye on the 2026 World Cup, which will be co-hosted by the US. Christian Pulisic of the United States is helped off the pitch after suffering an injury during the World Cup group B match. (AP)

And most of their plans will be centred around Pulisic, who moved to Dortmund as a teenager, played for their youth teams and made his senior debut at the age of 17. Since then, he hasn’t looked back. His exploits with Dortmund made him one of hottest commodities in European football, which was underlined when Chelsea signed him for close to $60 million three years ago.

His much-hyped move to England didn’t go as planned initially, as Pulisic found it hard to replicate his form and was down with injuries. In his autobiography published last month, he revealed that he suffered with depression after moving to Chelsea, when he didn’t get enough playing time and was nursing injuries.

Pulisic – and team US will hope the knock he suffered against Iran won’t render him out of the Round of 16 match against the Netherlands. Without their superhero, an already daunting fixture for the US will only get tougher.