While You Were Asleep: Messi has a special message for fans, Hansi Flick remains as Germany coach; Croatia and Serbia fined for Balkan statements

The German soccer federation maintained its trust in Hansi Flick. FIFA fined the Croatians and the Serbians. 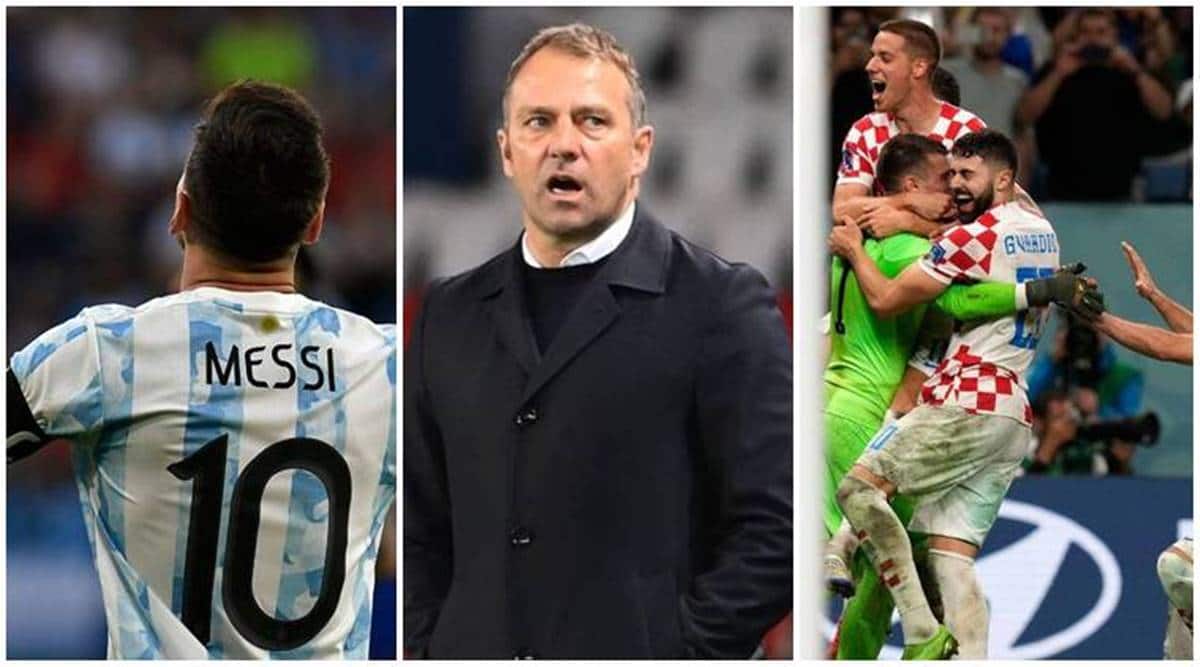 Lionel Messi, Hansi Flick and team Croatia. (AP/File)
Listen to this article
While You Were Asleep: Messi has a special message for fans, Hansi Flick remains as Germany coach; Croatia and Serbia fined for Balkan statements
x
00:00
1x 1.5x 1.8x

Lionel Messi, captain of the Argentina football team, said that he always experienced the same illusion as he felt the first time when he played as a professional footballer.

Messi, who reached his 1,000th career game as a professional footballer, achieved the feat when Argentina beat Australia in the round of 16 of FIFA World Cup 2022.

In a post via his Instagram account, Messi wrote: “1k games already smh And always with the same illusion I felt the first time I played as a professional.

“Thank you very much to everyone who accompanies me on this beautiful journey.”

Germany to stick with Flick

“We are all convinced that Euro 2024 in our own country represents a great opportunity for football in Germany. Our goal is to make this tournament a sporting success. We have full confidence in Hansi Flick,” said DFB President Bernd Neuendorf in a statement.

“With regard to Oliver Bierhoff’s successor, we have agreed that we will first discuss the future structure of this position within the DFB and then make a personnel decision.”

Germany crashed out of the tournament in Qatar after losing to Japan, drawing with Spain and beating Costa Rica in the last Group E match.

However, German soccer league chief executive Donata Hopfen will leave her position at the end of the month.

The Croatian and Serbian soccer federations were fined by FIFA for making Balkan political statements at the World Cup.

The Serbian soccer federation was fined 20,000 Swiss francs ($21,300) for a political banner about neighboring Kosovo displayed in the locker room before playing Brazil in the team’s opening game.