Walker: “We are not playing tennis”; Konaté: “Football isn’t played by one or two players”

French defender Ibrahima Konaté also stressed that Mbappe, who has five goals already, wasn't the only threat from France. "Football isn’t played by one or two players, it is played by the whole team." 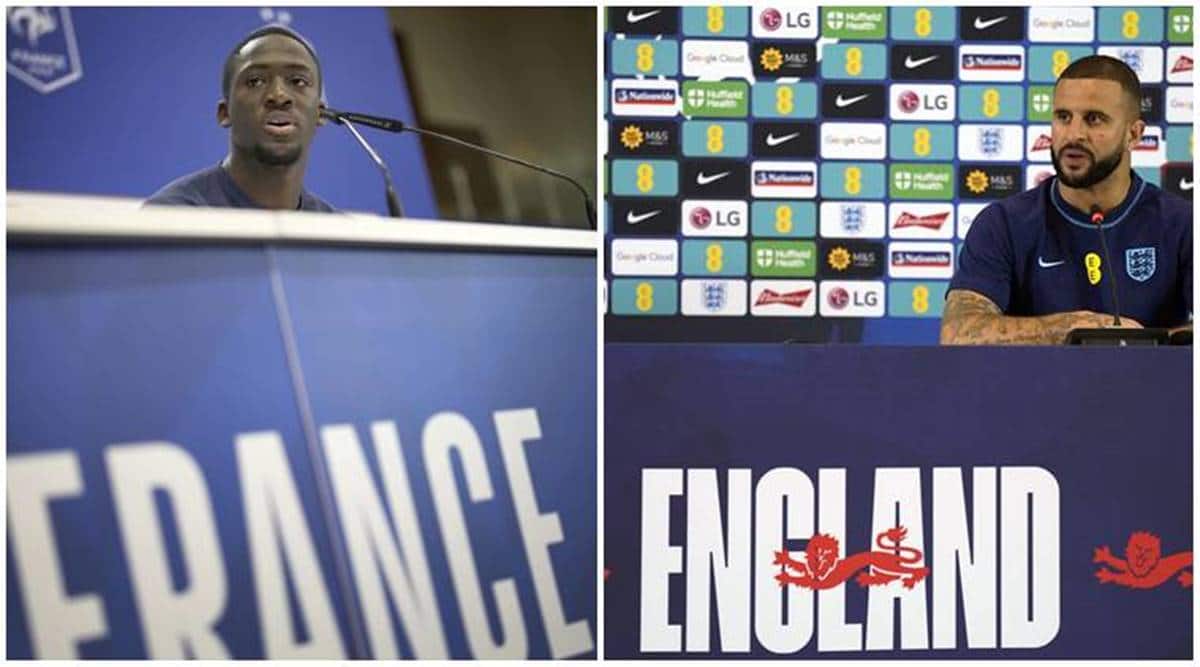 While the attention at the World Cup has understandably centred around big name personalities – Messi, Ronaldo and Mbappe, English defender Kyle Walker and Frenchman Ibrahima Konaté stressed football is a team sport, and could do without fixations on individuals.

“We are not playing tennis,” Walker told the press on Wednesday. “It’s not a solo sport. It takes a team to win a game of football. They have to worry about us. It’s not just us worrying about them. We have great players, and great players who can come off the bench and affect games.”

England have been repeatedly quizzed on how they will stop the stomping threat of Mbappe. Walker said he will not “roll out the red carpet” for Mbappe in the quarter-final against France on Saturday while acknowledging he was respected for the threat he was.

“He’s one of the best, if not the best, in the world,” England’s right-back who will be entrusted to stop him, added. “I understand what I need to do and that’s to stop him. It’s probably easier said than done but I don’t underestimate myself,” Walker said backing his chances.

The burly Man City strongman, insisted this wasn’t England Vs Mbappe but England Vs France, and the pressure was spread across the whole team, both teams even.

“I have to take extra care and give him the respect he deserves, but not too much respect because he’s playing England and we can cause them problems. The game is not England v Mbappé. The game is England v France.

He’s a good player and in good form but I’m not going to roll out the red carpet for him and tell him to go and score. I’m representing my country at a quarter-final of a World Cup. It’s do or die. If we lose we go home. He’s not going to stand in my way and hopefully winning a World Cup for my country.”

French defender Ibrahima Konaté also stressed that Mbappe, who has five goals already, wasn’t the only threat from France. “Football isn’t played by one or two players, it is played by the whole team.”