Mario Mandzukic is one of the reasons why Juventus have such a good defensive record. 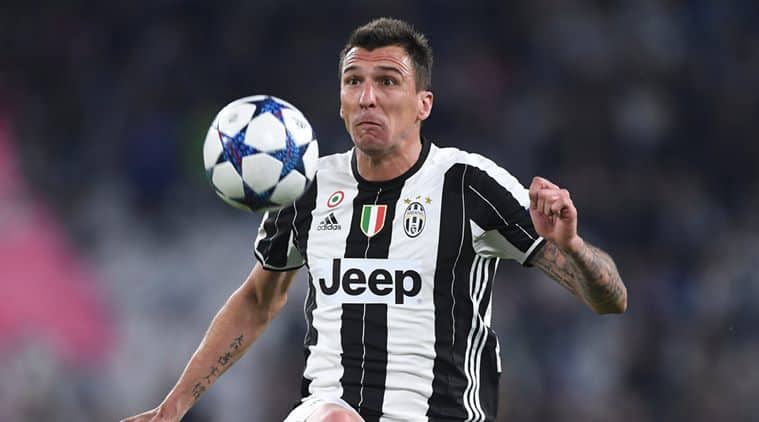 Mario Mandzukic opened the scoring on the way to Juventus’ 2-1 win. (Source: Reuters)

Mario Mandzukic looks like an old-fashioned centre forward, plays on the left wing and often transforms himself into one of Juventus’ key defenders.

Versatility personified, the wild-eyed Croatian began the season contemplating a long spell on the bench after Juventus splashed out 90 million euros to make Gonzalo Higuain the world’s third most expensive striker.

Instead, coach Massimiliano Allegri has found a new role for him on the left flank and he has become one of the team’s most important players as they chase a Serie A, Coppa Italia and Champions League treble.

The unsung hero opened the scoring on the way to Juve’s 2-1 win over AS Monaco as they completed a 4-1 aggregate win in their Champions League semi-final on Tuesday. But goals are not the most important part of his game.

Tall and imposing with good technique, Mandzukic has become a target man, left winger and full back, all rolled into one.

The 30-year-old is capable of holding up play or charging down the touchline himself and has a phenomenal work rate off the ball, pressing opponents when they try to play the ball out of defence and dropping back to make key tackles deep in his own half.

He is one of the reasons why Juventus have such a good defensive record.

On Tuesday, he won 10 aerial duels, made five interceptions, had five shots and created two chances.

“He is so fit that I think he could play two back-to-back games without stopping even for a minute,” said his former coach at VfL Wolfsburg Felix Magath, a notoriously hard task master.

“Mario is player who has a different motor to the others,” he said. “He does an amazing amount of running, he is great tactically and he has really good technique. He is an important third attacker.”

Well travelled, Mandzukic spent three seasons at NK Zagreb, four each at Dinamo Zagreb and Bundesliga side VfL Wolfsburg four, two at Bayern Munich and one at Atletico Madrid, before joining Juventus for the 2015/16 season.

“His track record speaks for itself and he has demonstrated his quality all over Europe with Bayern, Atletico and now Juventus. He is a top-class player,” said Allegri.

Although his combative style means that he often tangles with opponents, he has been sent off only once in his club career, back in his Dinamo Zagreb days.

Typically, Mandzukic celebrated his goal on Tuesday by going to the Curva Sud where he was mobbed by fans.

“I try to play for Juve with the same passion that fans show in their support for the club – and that makes moments such as these so special to me,” he said recently.

In all, he has scored a modest 22 goals in all competitions since joining Juventus at the start of last season. But, as Juventus fans are well aware, they have won every single one of the games in which he has hit the target.