A giant replica of the European Cup at the Rossio square is the only clear sign of the big game that will take place in Lisbon at the Estadio da Luz, between Bayern Munich and Paris Saint-Germain. 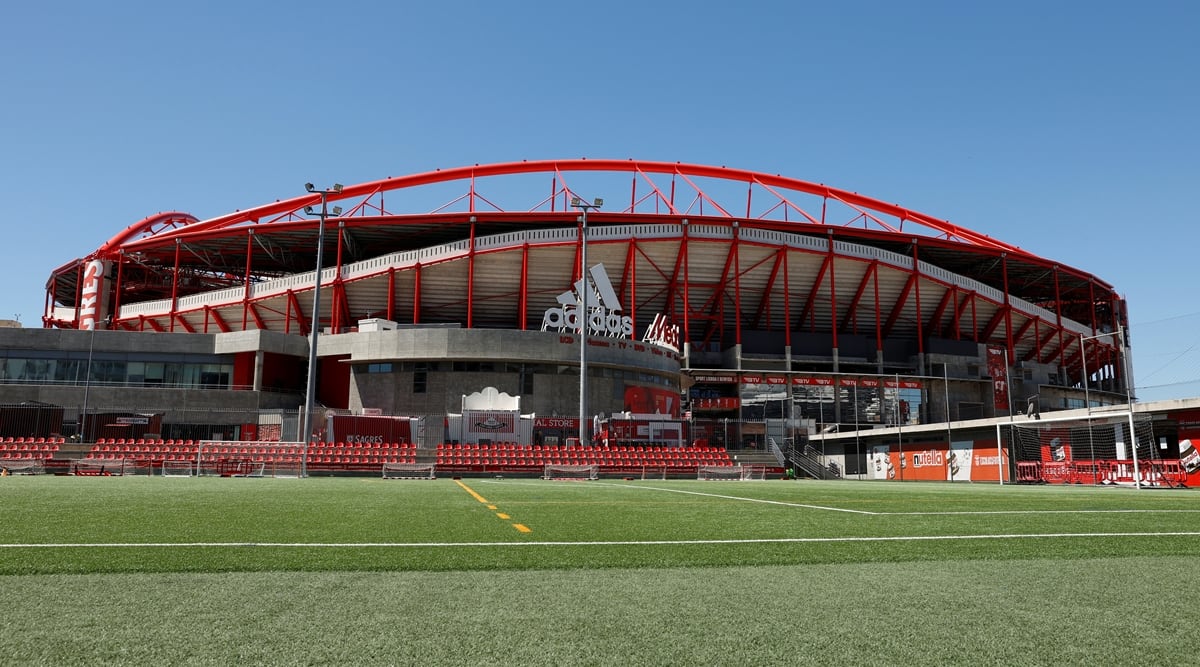 A general view outside the Estadio da Luz before the UEFA Champions League final. (Source: Reuters)

The biggest game in club football takes place in the Portuguese capital on Sunday but walking around the cobbled streets of the city you could be forgiven for being oblivious to the impending Champions League final.

A giant replica of the European Cup at the Rossio square is the only clear sign of the big game that will take place across the city at the Estadio da Luz, between Bayern Munich and Paris St Germain.

Normally, the squares of host cities are packed with fans in the build-up to Champions League finals with beer flowing, songs being sung and business booming for bars and restaurants.

But with COVID-19 forcing organisers UEFA to keep fans out of the stadium, as they have done throughout the other six games held in the city over the past 10 days, there is a strange lack of atmosphere.

Indeed, the slump in travel to Portugal, caused by the pandemic, means the city centre is even quieter than it would normally be, even without a huge international game taking place.

One local woman decided to test her luck selling unofficial souvenir scarves in the Rossio but was ready to pack up and get a late lunch.

“Business has been terrible,” she said, “I’ve sold one scarf, it’s pointless being here”.

Around the corner in Figuiera Square, a shop sells official football merchandise, focused on the Portugal national team and their star player Cristiano Ronaldo.

They too have seen no impact from the presence of eight top teams playing in the capital in recent days.

“The people didn’t visit us to see the game. Maybe next year the world will be much better,” said shop assistant Jose Martino.

Portugal’s Prime Minister Antonio Costa had encouraged fans and tourists to visit the country but his appeal appears to have fallen on deaf ears.

The buzz of a Champions League final will certainly be felt in Munich and the French capital, however.

In Paris, the Champs Elysee avenue will be pedestrianised on Sunday evening although wearing face masks will be compulsory, officials said on Saturday.

Bayern’s players, like their opponents locked in a secure ‘bubble’ of hotel and training facilities, wrote an open letter to their supporters in an attempt to keep the connection with the fans.

“We know you’ll be supporting us at home with all your heart during this final — no matter where you are. Whether in Lisbon, Munich or elsewhere in the world, we see our club as a family, and so we’re going into this huge game with you by our side,” the players wrote on the club’s website.

Despite the absence of fans in the stadium, the mini-tournament to finish off the delayed season has produced exciting football throughout and PSG’s French forward Kylian Mbappe said there was still a special feeling to the game.

“Of course, it feels strange to play behind closed doors but it’s still the Champions League. You can feel it the intensity of the matches, the tension that reigns,” he said.

A thriller is expected between the German and French champions — such a pity that no fans will be able to witness it.