Sunil Chhetri has been in tremendous form for the country and for his club Bengaluru FC in the last few years. He has played 118 international matches, scoring 74 goals, both national team records. 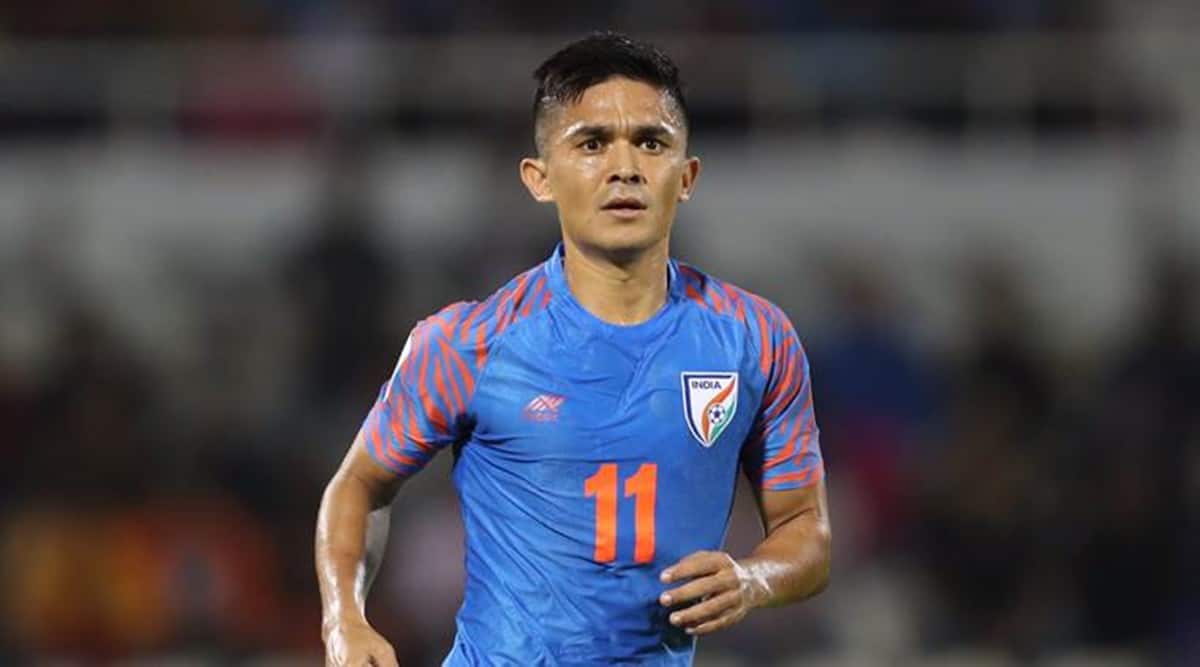 Talismanic India captain Sunil Chhetri has been recommended for this year’s Rajiv Gandhi Khel Ratna, the country’s highest sporting honour, by the All India Football Federation.

National women’s football team striker Bala Devi, who is currently playing for Rangers in the Scottish Women’s Premier League, has been recommended for the coveted Arjuna Award.

“We have recommended Sunil Chhetri for the Khel Ratna and Bala Devi for Arjuna Award,” an official source told PTI on condition of anonymity.

“We have also recommended Gabriel Joseph for Dronacharya Award,” the source added.

The 36-year-old Chhetri has been in tremendous form for the country and for his club Bengaluru FC in the last few years. He has played 118 international matches, scoring 74 goals, both Indian records.

He scored twice against Bangladesh in the recent World Cup Qualifiers in Qatar to become the second highest international goal scorer among active footballers, ahead of Argentine maestro Lionel Messi.

He is, however, currently in the fourth spot with United Arab Emirates’ Ali Mabkhout (76) and Messi (75) having overtaken him.

Chhetri is a recipient of Padma Shri (2019), the country’s fourth highest civilian honour, and the Arjuna Award (2011).

The 31-year-old Devi, on the other hand, became the first Indian woman footballer to play for a top-flight professional league in Europe when she joined Rangers of Glasgow in January last year.

She has played more than 50 matches for the country since 2010 and will play an important role in the national team during the AFC Women’s Asian Cup to be hosted by the country next year.