The Germans suffered a shock 2-1 opening loss to Japan before snatching a 1-1 draw against Spain thanks to forward Niclas Fuellkrug's late equalizer to stay alive. 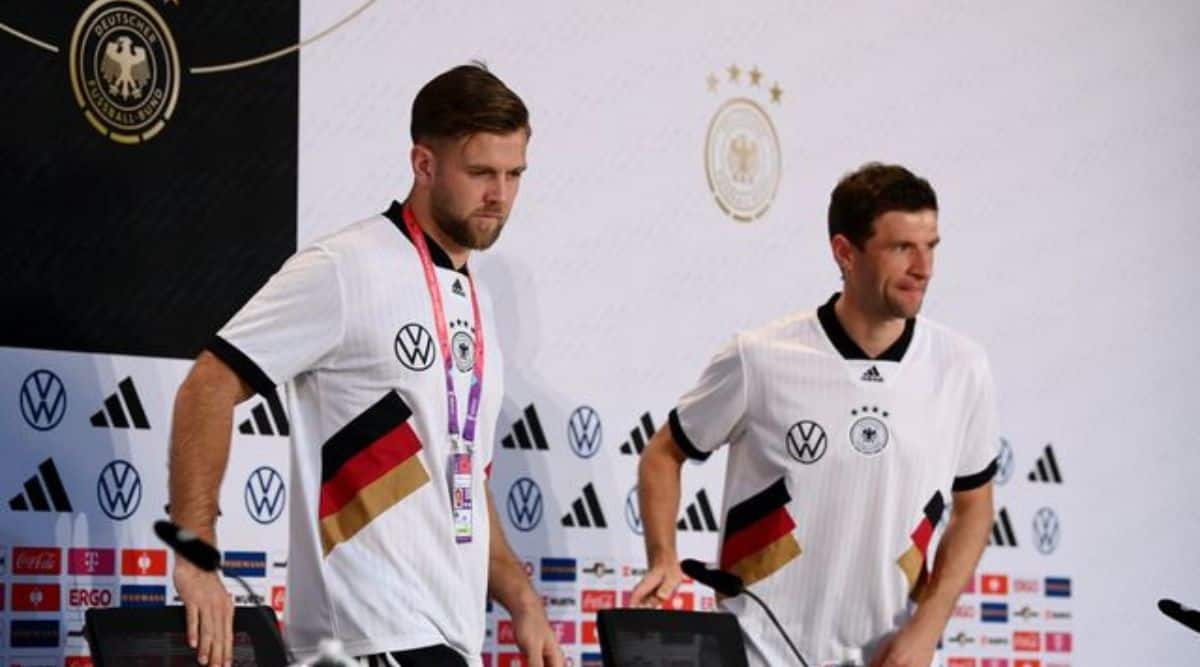 Germany's Niclas Fullkrug and Thomas Muller ahead of the press conference . (REUTERS)

Germany are not eyeing any high score in their final World Cup Group E match against Costa Rica on Thursday but are just hoping a simple win will be enough to carry them into the next round.

The four-time champions must bag the three points if they are to have any chance of advancing, and will simultaneously be getting updates on the other match between Spain and Japan that will decide the final standings.

Victory over Costa Rica, who lost 7-0 in their opener to Spain, coupled with a win for Spain against Japan, would see the Germans progress to the round of 16 along with the Spaniards. A draw between Spain and Japan however, or even a win for the Asians, would take the equation to goal difference.

“I think against Costa Rica we will be a lot of the time in the opponents’ box compared to our game against Spain and there it will come down to how we play in the box,” attacking midfielder Thomas Mueller told a news conference on Tuesday.

“We have a lot humility. We have one point and minus one goal difference so there is no reason to be really euphoric.”

The Germans suffered a shock 2-1 opening loss to Japan before snatching a 1-1 draw against Spain thanks to forward Niclas Fuellkrug’s late equalizer to stay alive.

“But we still have the chance to advance and show the football world what we have,” he said.

With simultaneous kickoffs for the final matches, the Germans will have one eye on Spain, hoping qualification will not come down to goal difference.

“It is important to simultaneously monitor the other game because you can adapt your strategy a bit accordingly,” said Mueller.

“We want to play the best game we can and win it but I do not think you can say that an 8-0 is a realistic concept at a World Cup.”

Asked whether Fuellkrug’s goal against the Spaniards was a turning-point for their tournament, Mueller, playing in his fourth World Cup, said: “We will need more golden moments that are required for such a tournament process.”

As for World Cup novice Fuellkrug, who at 29 made his debut days before the World Cup, that goal was not going to derail his focus.

“It was still only a 1-1 but it gives us energy,” Fuellkrug said. “The work continues. We have to be realistic. We are in a situation that we can advance but it is not all in our hands.”