In the summit clash of the 124th IFA Shield on Wednesday, the Real Kashmir FC will face Sreenidi Deccan FC. 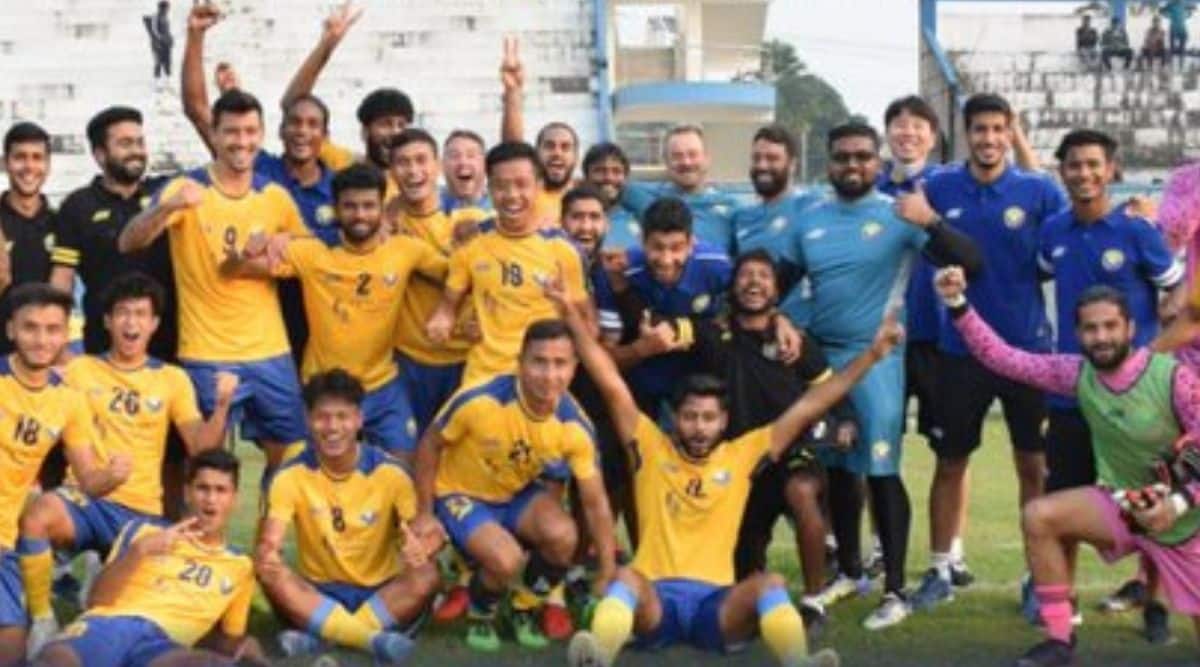 The Malabarians dominated possession but the David Robertson-coached RKFC put up a cohesive display and converted their chances to storm into their second final on the trot.

In the summit clash of the 124th IFA Shield on Wednesday, the Snow Leopards will face Sreenidi Deccan FC who scored a hard-fought 2-1 win over Railway FC in extra-time.

Mason Lee Robertson scored the opening goal with his 23rd minute header, while Thoi Singh doubled the lead from a Surchandra Chandam Singh corner in a space of eight minutes.

Shahnawaz Bashir was brilliant in the role of the playmaker and was instrumental in setting it up from the corner as he was adjudged man-of-the-match.

The Kerala outfit pulled one back through Robin Singh in the 45+3rd minute, capitalising on a momentary lapse from the goalkeeper Bilal Husain Khan.

Advertisement
READ |We must create a new Barcelona: Xavi

“Hard work does pay off and so have the boys of RKFC done today. Kudos to them especially today’s man of the match Shahnawaz Bashir who was exceptionally brilliant.

“The RKFC led by its coach David will surely repeat their performance in the final.” Mason Lee Robertson looked threatening up front and almost scored in the 21st minute but his shot came off the crosspiece.

Two minutes later, he finally gave the lead after Pratesh Shirodkar set it up with a clinical centre as the GKFC defenders were nowhere to be seen.

An unmarked Mason just had to head the ball into the far corner with goalkeeper Rakshit Dagar in no position to collect it to give them the lead.

Shahnawaz got to a perfect position and set it up for Thoi from a goalmouth melee as the Manipur midfielder showed fine reflexes to turn it around and score from the rebound to give them a 2-0 cushion.
RKFC almost scored a third in the 42nd minute but Mason’s header missed the target this time.

Against the run of play, GKFC pulled one back after RKFC goalkeeper Bilal Husain Khan failed to collect the ball.

But that was the lone moment of joy for the Kerala outfit who failed to make further inroads with RKFC putting up a resolute defensive display after the changeover.

“We look forward to playing in our second consecutive IFA shield final which alone is a fantastic achievement for the club but we want to give it our all to retain the Shield,” he added.