The heart-warming story of I-League club Real Kashmir’s manager David Robertson, subject of a BAFTA winning documentary, has now been recognised by the British government. The 52-year-old has made it to the Queen’s Birthday Honours List as a British Empire Medal awardee. 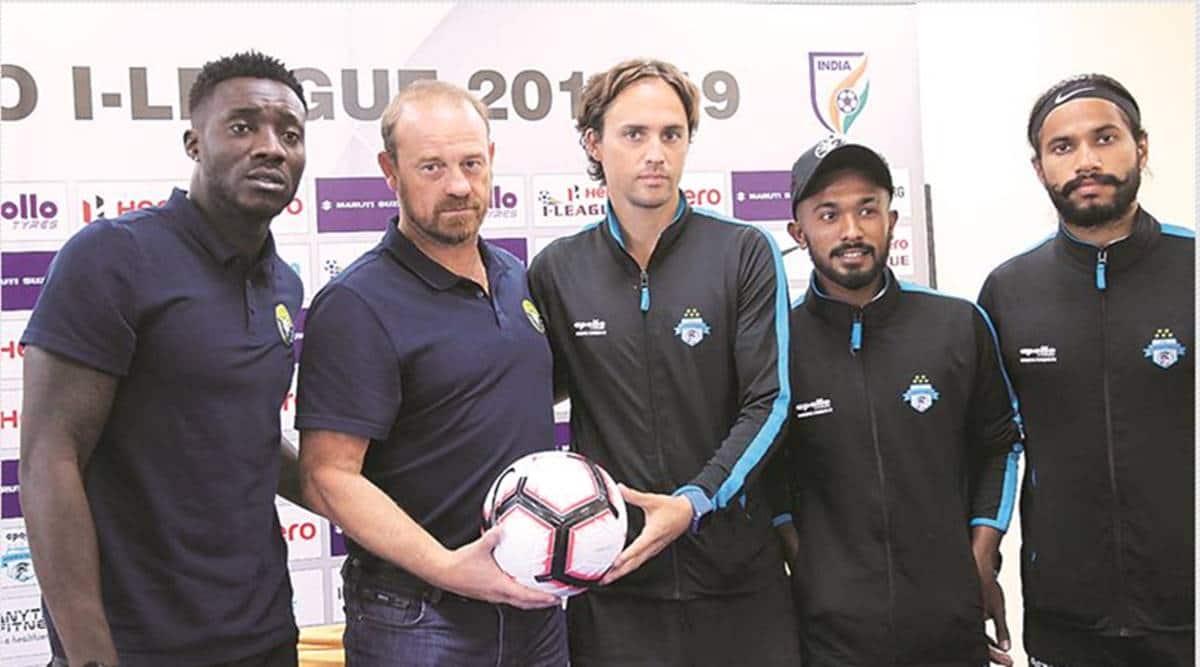 A former Scottish footballer dumps his millionaire lifestyle, refuses lucrative coaching assignments to catapult a bunch of nobodies from the lower echelons of Indian football to the top division in a span of three years.

The success of his team would revive football in a region with a history of strife and instability.

The heart-warming story of I-League club Real Kashmir’s manager David Robertson, subject of a BAFTA winning documentary, has now been recognised by the British government.

On Friday, the 52-year-old made it to the Queen’s Birthday Honours List as a British Empire Medal awardee. “It’s recognition for Real Kashmir. It’s been a fight against all odds and we have tried to give some hope to the people of Kashmir,” says the coach widely credited with reviving football in the Valley.

In 2018, Real Kashmir became the first team from the Valley to qualify for the I-League, which was the country’s top division back then. In the three seasons since, they have finished third (2018-19), fourth (2019-20) and fifth (2020-21) while enjoying brief spells at the top of the table.

For a team that had started as a community club in the aftermath of the devastating Srinagar floods in 2014, this was a giant leap. The success of Robertson’s boys had a big role to play in fans, and young footballers, thronging fields that had been deserted for years.

Owner Sandeep Chatoo says the strong performances against the country’s top teams increased the club’s fan base. “When there was nothing to look forward to for people here, David as the manager did everything possible to make the club more and more popular by making our team perform well at the national level,” he says.

Robertson refers to a photograph he has at home to underline the claim of growing popularity. “It’s from a game against Mohun Bagan in our debut season. There were 20,000 people in the stands… men, women, children, grandparents, teachers. That picture brings a smile on my face,” Robertson, whose son Mason, too, plays for the club, says. “When we were in the second division, nobody knew us. Hardly 200 people came to watch us and those were all men.”

More academies have sprung up across the region and, according to Chatoo, ‘there are two dozen clubs now in Kashmir’, all aspiring to be like Robertson’s Real. Top clubs from the Indian Super League, too, have started scouting in the region. Former ISL champions Bengaluru FC are reportedly close to signing Real Kashmir’s star player Danish Farooq, which could pave the way for other players from the region. “People some ambition now. Everybody looks up and wants to play at a national level,” Robertson says.

Recognised for his ‘outstanding contribution to the sport and the community…since January 2017’, Roberston calls the honour unique. “It’s nice because these are different from the medals and trophies you win in football. This shows the wider impact we have had,” he says. “Kashmir was a forgotten football centre of India and the emergence of Real Kashmir has changed that. No matter what happens, our journey will carry on.”