An announcement was made to supporters to confirm that play would resume following a short warm-up and the first half, with seven minutes stoppage time added, was played to a conclusion. 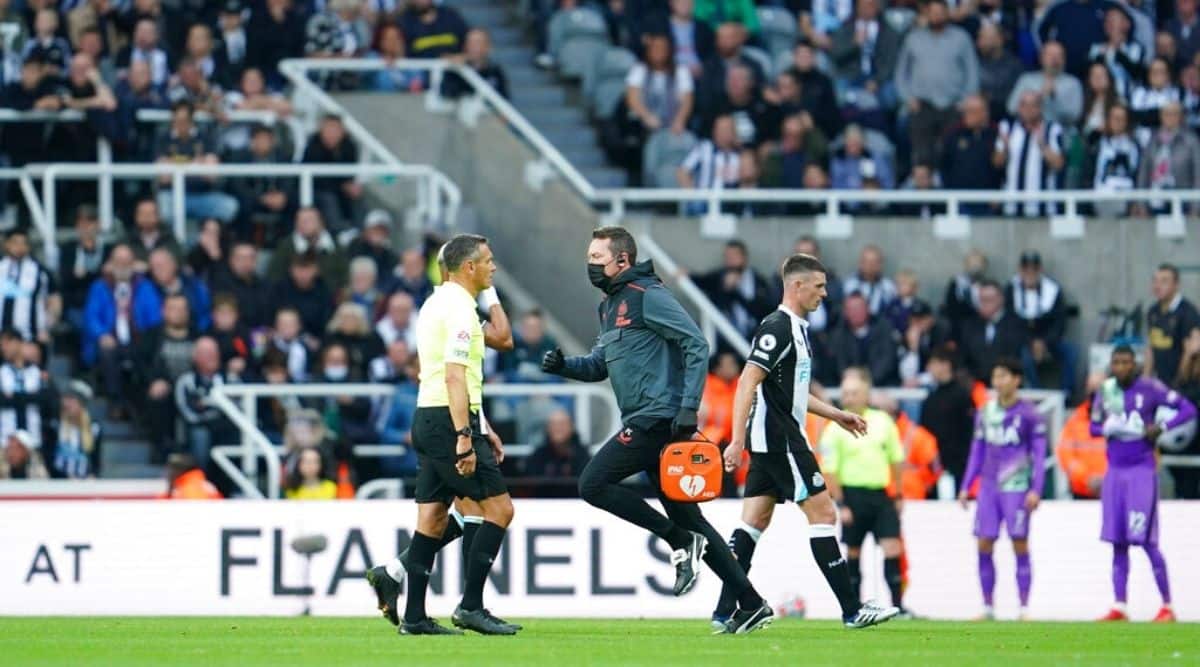 A medic runs with a defibrillator to treat someone in the crowd during an English Premier League soccer match between Newcastle and Tottenham Hotspur at St. James' Park (AP Photo/Jon Super)

Spurs were leading 2-1 in the 41st minute when referee Andre Marriner halted the match after players brought the medical emergency in the crowd to his attention.

After a brief wait, Marriner took the players off the pitch.

An announcement was made to supporters to confirm that play would resume following a short warm-up and that the first half, with seven minutes stoppage time added, was played to a conclusion. Spurs scored their third goal courtesy of Heung-min Son before the players headed to their respective dressing room for half time talks.

ESPN reported that Tottenham were due to take a corner before fans in the Gallowgate Stand behind the goal signalled for play to be stopped due to an incident in the adjoining East Stand.

Players from both sides, aware of fans waving their arms and shirts in the East Stand, informed referee Andre Marriner, who consulted stewards and assistants before calling for both teams to enter the dressing room early.

The supporter who was in need of urgent medical assistance has been stabilised and is on their way to hospital.

Our thoughts are with them. 🖤🤍

While the situation was developing, Tottenham defender Eric Dier ran to the side of the pitch and called for a defibrillator to be taken to the East Stand, where a supporter was receiving treatment from medical staff, according to the ESPN report.

A statement on Newcastle’s official Twitter account read: “The supporter who was in need of urgent medical assistance has been stabilised and is on their way to hospital.

“Our thoughts are with them.”

Newcastle, spurred on by a buoyant atmosphere in their first game since being taken over by a Saudi Arabia-led consortium, flew out of the traps and went ahead after just 108 seconds when Callum Wilson headed in from a Javi Manquillo cross.

But the bright start soon fizzled out as Spurs hit back in the 17th minute through Tanguy Ndombele, who lashed home from the edge of the box after being played in by Sergio Reguilon. Kane gave Spurs the lead five minutes later, scoring with a smart dink following an excellent ball from Pierre-Emile Hojbjerg.

Son Heung-min added a third from close range in first-half stoppage time before Newcastle were reduced to 10 men in the 83rd minute when Jonjo Shelvey saw red for a second booking. An own-goal from Eric Dier set up a tense finish but Spurs held on.

Spurs moved up to fifth in the standings with 15 points from eight games. Newcastle are second from bottom with three points.