PK Banerjee: The one who wore greatness without vanity

Pradip Kumar Banerjee was a trailblazer — someone who brought the modern game to the Kolkata maidan. He introduced power and speed to the existing Oriental style, when he joined Aryan in 1954. 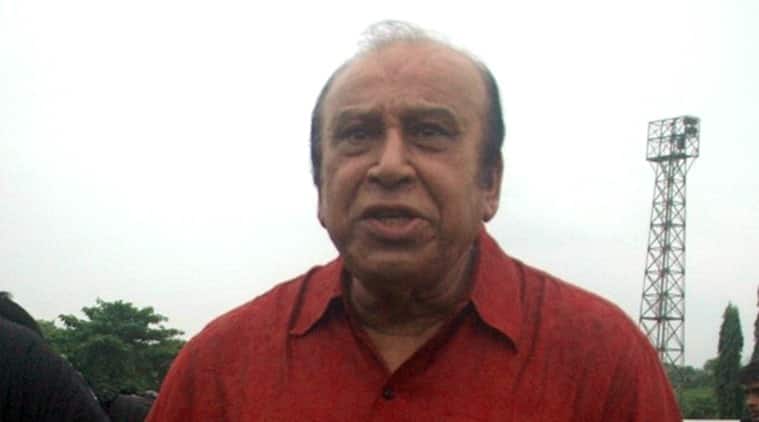 PK Banerjee passed away at the age of 83 on Friday. (File Photo)

“The Rome Olympics organisers told us we must have a team theme song. We barely had a clue. I took the stage and started singing Dhitang, Dhitang Bole (a Salil Chowdhury composition). Within two minutes the entire Olympic stadium joined the chorus.”

PK Banerjee, Pradip da, as we called him was a great recounter. His stories always had a few coats of varnish — how do you justify 80,000 Romans humming to a Bengali song of the IPTA vintage! But that was the legend of the man. He was respected for his football and coaching. Fans and reporters adored him.

PK Banerjee, 83, breathed his last at Kolkata hospital on Friday after suffering a massive heart attack. He is survived by his two daughters, and countless pupils and admirers who hero-worshipped him. He was admitted to the hospital on February 7. Gradually, sepsis and multi-organ failure due to pneumonia set in on the background of Parkinson’s disease, dementia and heart problems.

As a footballer, PK was a trailblazer, someone who brought the modern game to the Kolkata maidan. Till mid-1950s, Kolkata football was in throes of the Pancha Pandavas — Ahmed Khan, Apparao, P Venkatesh, PB Saleh and Dhanraj. They played for East Bengal and had been very Oriental in their styles. PK brought in power and speed, when he joined Aryan in 1954. “They (defenders) always chased shadow. My Achilles tendon was the worst sufferer,” Pradip da’s face used to light up every time he recalled his halcyon days.

PK liked to boast his on-field exploits but he did that with dignity. There was never a hint of arrogance. It was the mastery of a master storyteller who revelled in holding court.

Born in Jalpaiguri, in north Bengal, PK did his schooling in Jamshedpur and broke into the national reckoning when he played for Bihar in the Santosh Trophy.

Soon he was included in the national team for the 1955 Quadrangular Tournament in Dhaka. India won the tournament, defeating Pakistan 2-1 in the final and PK, along with goalkeeper Peter Thangaraj, shone the brightest.

The 1956 Melbourne Olympics was where the Indian football found its ‘holy trinity’ — PK, Chuni Goswami and Tulsidas Balaram. Till date, they remain unmatched.

FROM THE ARCHIVES | Second homecoming for Class of 1956

PK played an important role in India’s 4-2 win over Australia in the quarterfinals, providing two assists. Although India crashed out of the competition after losing to Yugoslavia in the semifinal and Bulgaria in the third-place tie, the 1956 Olympics performance remains the benchmark for any Indian football team.

The 1960 Olympics saw PK’s stardom grow, as he scored a goal against France in a 1-1 draw. The 1962 Asian Games in Jakarta followed, which was the highest point in PK’s career as a player. India went on to win the football gold under Goswami’s leadership.

#Tribute to the Legendary Hero of Indian Football #PK Banerjee.His Cobtribution in football will be remebered for ever. Our sincerest condolences. pic.twitter.com/4Oo5slEwty

PK was one of a kind, for he never played for a big club. After starting at Aryan, he had a 12-year career for Eastern Railway, from 1955-1967. In 1958, Eastern Railway won the Calcutta League, trumping Mohun Bagan, East Bengal and Mohammedan Sporting. In 45 international appearances, PK scored 14 goals. At the club level, he scored 190 goals. It was his dead run down the right flank, powerful shooting and top-class heading that wowed the fans.

After hanging up his boots, PK took to coaching and became the country’s most successful coach. Under his charge, East Bengal won four of their six consecutive Calcutta Football League titles during 1970-75. As Mohun Bagan coach, he presided over the club’s treble — IFA Shield, Durand Cup and Rovers Cup — in 1977 apart from earning a 2-2 draw against Pele’s New York Cosmos.

In between, Banerjee and GM Basha coached Syed Nayeemuddin-led Indian team to the 1970 Asian Games bronze in Bangkok, the country’s last podium finish at the continental stage. PK’s coaching USP was his “vocal tonic”. Those who played under him fell for his man-management skills.

Tunku Abdul Rahman, Malaysia’s founding father, was a big fan of PK’s football, so much so that he had once offered Malaysian citizenship to the Indian star during the half-time of a Merdeka fixture. PK was one of the first recipients of the Arjuna Award in 1961. Padma Shri had been conferred in 1990. The International Federation of Football History & Statistics (IFFHS) nominated him as the Indian footballer of the 20th century. The FIFA Order of Merit came in 2004.

PK Banerjee was the ‘Prince Charming’ of Indian football. He was a great human being.