The law firm of a FIFA ethics watchdog had business relationships with three men who have been indicted in the corruption scandal. 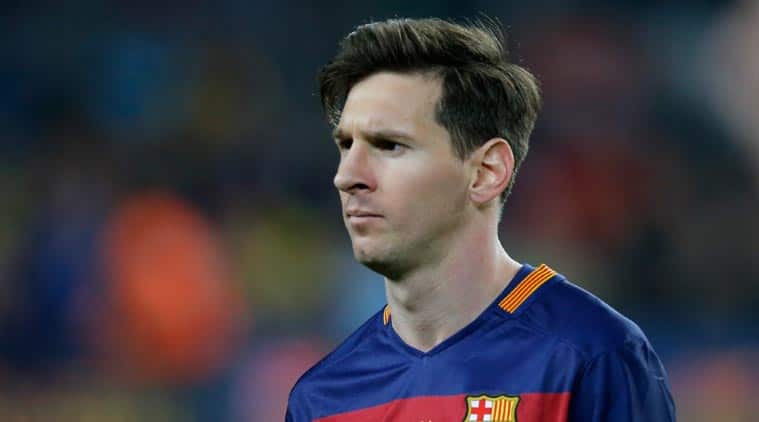 Lionel Messi and his father are slated to stand trial on tax fraud charges starting May 31. (Source: AP)

The soccer players whose names appear in the Mossack Fonseca files hail from Brazil, Uruguay, the United Kingdom, Turkey, Serbia, The Netherlands and Sweden, among other countries. Most seemed to have used the law firm’s services to create offshore companies to hold the money they earned selling their image rights to athletic shoe companies and other advertisers.

Lionel Messi and his father, who served as his son’s agent, are slated to stand trial on tax fraud charges starting May 31. Accused of shortchanging the government out of nearly $6.5 million in taxes by shielding his image rights in an offshore network, Messi has paid the back taxes the government said he owed for the years 2007-2009. Messi denies that he deliberately tried to deceive anyone.

Mega Star Enterprises , the offshore company owned by Messi and his father at least as far back as 2013 , is not mentioned in the Spanish government’s 2014 and 2015 indictments against the pair. The leaked records show Messi signed at least one document reflecting his ownership of Mega Star, but that his father, Jorge Messi, took over sole ownership of the company in December 2015. The company remains active in Panama’s company register.

Messi isn’t alone when it comes to using offshore havens.

One of the biggest soccer figures named in the documents is Michel Platini, a former French soccer great and a key figure in the 2015 FIFA scandal. Platini relied on Mossack Fonseca to help him administer an offshore company created in Panama in 2007, the same year he was named president of UEFA, the European soccer association. Platini was given an unlimited power of attorney for Balney Enterprises, which was still an active business as of March 2016, according to Panama’s commercial register.

Platini, a longtime member of FIFA’s executive committee, has already been banned from the sport for six years because of a questionable $2 million payment he received from FIFA in 2011.

Leaked documents reveal that the law firm of a FIFA ethics watchdog had business relationships with three men who have been indicted in the world soccer association’s corruption scandal.

The confidential files disclose previously unknown dealings between the three men and Juan Pedro Damiani, a member of FIFA’s Independent Ethics Committee, which has handed down a series of bans against high-level executives at the organisation. The records show that Damiani and his law firm did work for at least seven offshore companies linked to Eugenio Figueredo, a former FIFA vice president who has been charged by US authorities with wire fraud and money laundering.

Among the others named:

Leonardo Ulloa, a top scorer for Leicester City, the surprise team of the season for fans of the Premier League. In early 2008, when he was playing for San Lorenzo de Almagro in Argentina, Leo Ulloa signed over his economic and image rights to Jump Drive Sport Rights LLC, a company registered in New York. On paper, Jump Drive’s director and shareholder weren’t people but instead two companies based in the South Pacific nation of Samoa. “I don’t have a good relationship with him now, but I don’t want to talk about it,” Ulloa said.