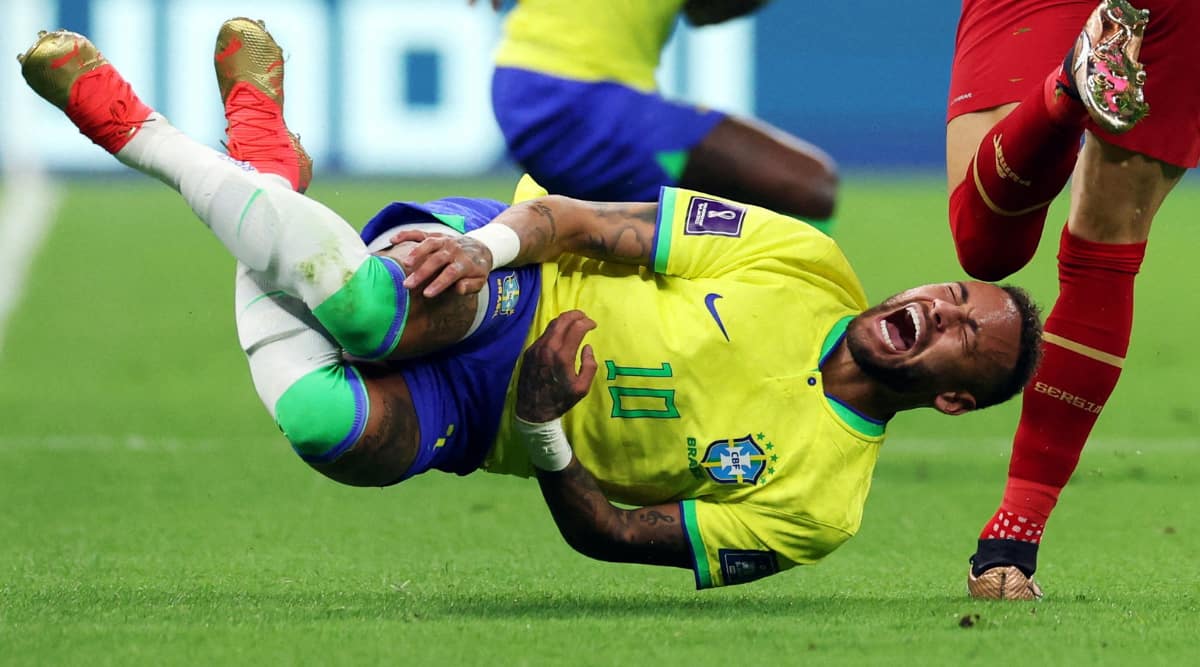 Brazil will reevaluate Neymar’s condition and decide about his chances of playing again at this year’s World Cup after Friday’s game against Cameroon.

However, his father Neymar Santos Sr believes that his son will be back for the final to help his country win the World Cup.

“The most important thing is he can come back to the field and be at his best. When he was injured before and he came back again he was at his best. He will do his best,” Neymar Sr told talkSPORT.

Read |Can Brazil win the World Cup without Neymar?

“As the father it’s not common to talk and suspect as he loves his son, it’s complicated to talk about Neymar.

“But everyone knows Neymar is very important, a great influence on the field and all his colleagues, when Neymar is on the field it’s totally different because he’s No.1.

“We know Neymar’s importance to the group.”

“I believe Neymar will be in the field again in the final match and he’ll do the best to win the World Cup together with his colleagues in the Brazilian team.

“He’ll do the best to help them and together win the competition,” he added.

Neymar hurt his right ankle in the team’s opener against Serbia and was ruled out for the rest of group stage. Also not playing against Cameroon because of injury were right back Danilo and left back Alex Sandro.

“They are progressing,” Brazil assistant coach Cléber Xavier said Thursday. “We are focused on the game against Cameroon, and then we will start the decision-making process about these players. We already have a plan prepared for their return.”

Xavier did not elaborate on the plan. Brazil team doctors have not yet given a timetable on Neymar’s return, or said if he would be back at all.

Brazil reached the round of 16 after two matches and needs only a draw against Cameroon to secure first place in Group G.

Neymar injured his back in the quarterfinals against Colombia during the 2014 World Cup in Brazil and missed the rest of the tournament. He also missed the 2019 Copa América because of another right ankle injury.