Neymar wrote on Instagram he was enduring "one of the most difficult moments" of his career. 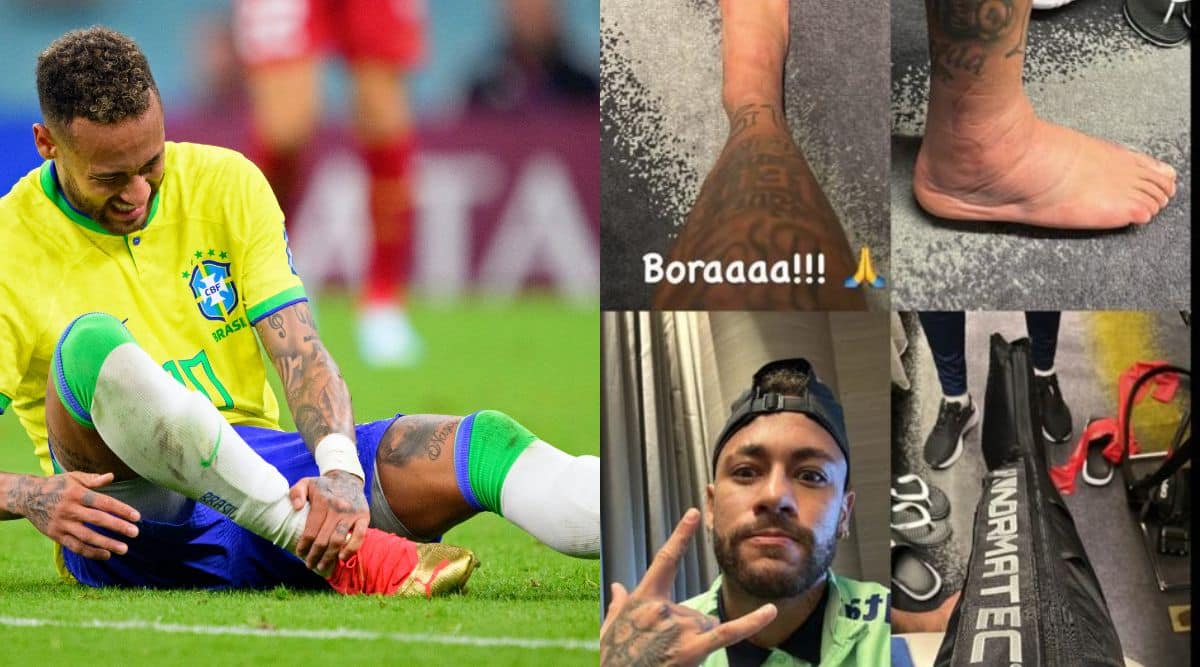 Neymar is planning a World Cup comeback despite posting a photo of his ankle still looking very swollen.

Neymar is undergoing treatment for damaged ligaments in his right ankle after getting hurt in Brazil’s 2-0 opening win over Serbia on Thursday.

Team doctors said Neymar will miss Monday’s match against Switzerland but did not elaborate on a timetable for his return — or say whether he will be able to return at all.

Neymar wrote on Instagram he was enduring “one of the most difficult moments” of his career, but seemed optimistic about his chances of returning. He showed two photos of his swollen ankle in an Instagram story.

“But I’m sure that I’ll have the chance to return, because I’ll do anything possible to help my country, my teammates and myself.” He said he’s been waiting too long for this World Cup to go out like this.

“Nothing in my life was easy or given to me,” Neymar said.

“I’ve had always had to go after my dreams and my objectives.” Neymar also got hurt at the 2014 World Cup, when a back injury sustained in the quarterfinals against Colombia took him out of the tournament his country hosted. Brazil ended up losing to Germany 7-1 in the semifinals.

The Paris Saint-Germain forward has been undergoing physiotherapy treatment since getting injured. He also had a small bone trauma in the same foot after being roughed up by the Serbia defense from the start. He was fouled nine times, the most by any player at the World Cup in the first set of matches in the group stage.

The 30-year-old Neymar is second on Brazil’s scoring list with 75 goals, two behind Pelé’s record with the national team. He helped the “Seleção” win the 2013 Confederations Cup and its first Olympic gold medal at the 2016 Rio de Janeiro Games, but has yet to win a major title with Brazil.

Brazil coach Tite has yet to announce who will replace Neymar while he is unavailable. Tite also will miss right back Danilo, who hurt his ankle against Serbia.

Brazil, seeking its first World Cup title in two decades, faces Cameroon in its last group match. It can reach the round of 16 with a win on Monday if Cameroon doesn’t defeat Serbia in the other group match.