The Netherlands squad didn’t do any 11-v-11 drills in the build-up to the USA game. 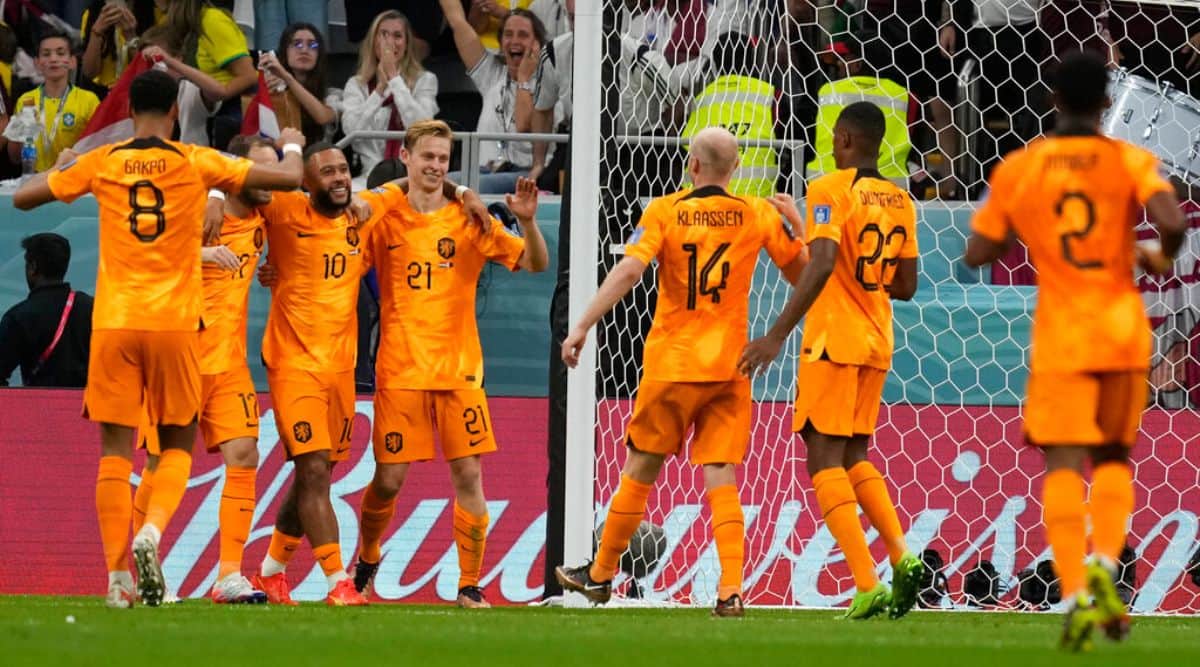 Frankie de Jong of the Netherlands, is feeling under the weather. (AP Photo)

Three-time World Cup runner-ups Netherlands take on the United States in the last 16 at the World Cup in Doha on Saturday. Going into the knockouts, the Dutch are unbeaten in their last 18 games since their elimination at Euro 2020.

However, before their crucial fixture, head coach Louis van Gaal acknowledged that several of the players in his squad are suffering from ‘flu symptoms’.

“If it goes around in the group, it is worrying,” Van Gaal told NOS, adding, “there are not fifteen or so. In principle, everyone is fit and available.”

However, the Netherlands team skipped the training session on Friday and missed their usual 11-v-11 drills.

According to a report in AD, Frenkie de Jong and Marten de Roon are among those feeling under the weather.

“I gave them a day of rest. With this group, they communicate that to me. I listen to my players,” added Van Gaal.

Speaking of the task ahead, the Dutch manager also added that his team will not underestimate the United States, who qualified for the Round of 16 without losing a game in Group B.

“The USA has demonstrated that it has an excellent team, I would even say one of the best teams, a team that is fine-tuned (but) it’s nothing we can’t overcome,” Van Gaal said. “The USA that is a very energetic squad, they have physically strong players and that is tough for any opponent, and you can tell from their results, but we will do everything we can to win and to beat USA, that’s it.”