Lionel Messi has announced his retirement from international football following a loss in Copa Amercia final against Chile. 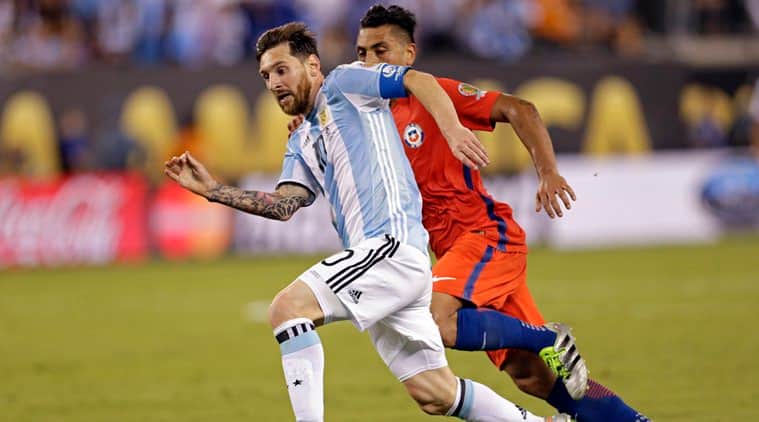 Messi said, “This is a difficult moment. Tough to make analysis. I thought about it in the locker room and think national team career is over for me. This is not for me.”

READ | Lionel Messi retires: Have we seen the last of him?

The two teams remained goalless in extra time which led the match into penalty shootout.

Both the teams missed out on their first attempt.

It was Messi for Argentina who missed the first chance.

Chile later netted their remaining four shots while Argentina had to settle with just two and lose the final for the second consecutive time in a penalty shootout at the hands of Chile.

PHOTOS: Lionel Messi retires from international football, says it was a difficult moment

Lionel Messi didn’t win any major tournaments with Argentina. He made his debut for the senior side in a friendly against Hungary in August 2005 but was sent off less than a minute after coming on as a substitute for elbowing an opponent who had pulled his shirt.

He captained Argentina to the final of the 2014 World Cup in Brazil, where they lost 1-0 to Germany.

Messi then played his second Copa America final for Argentina in Chile in 2015, losing the final on penalties to the host nation.

The 2016 final loss in Copa America was Argentina’s second consecutive.