Konami has ended their sponsorship of Barcelona forward Griezmann after videos emerged from 2019 appearing to show him and team-mate Dembele mocking Asian people. 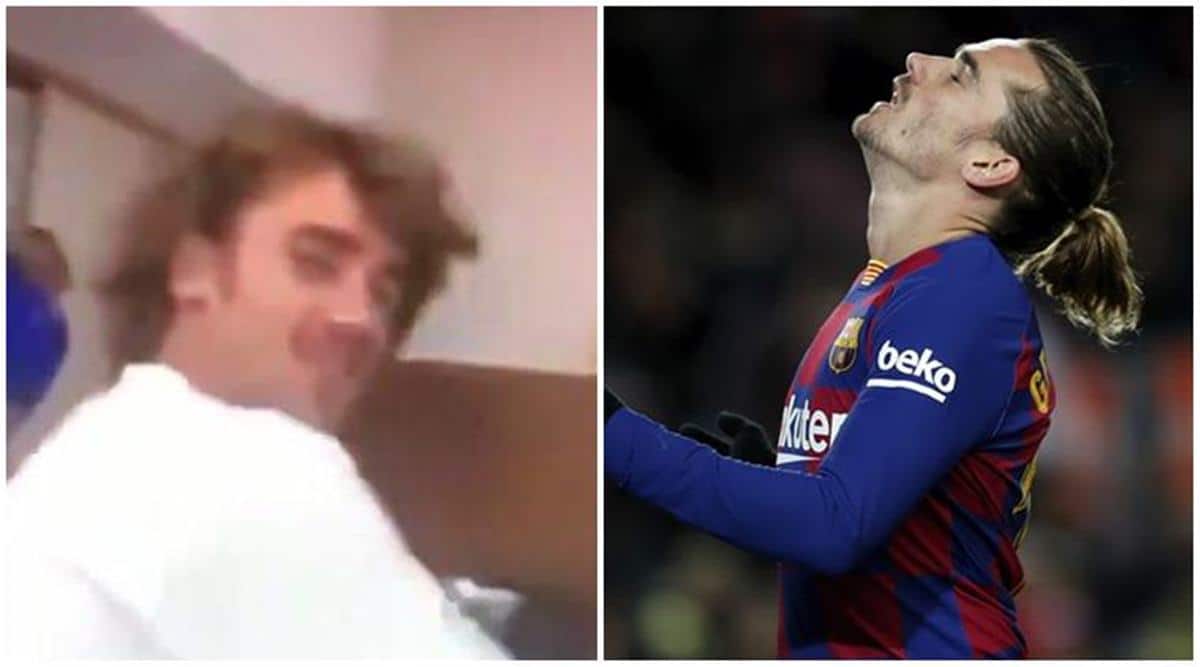 Barcelona star Antoine Griezmann was dropped by Japanese company Konami after a leaked video of him and Ousmane Dembele ‘taunting’ Asian workers emerged online on Tuesday.

French player Griezmann, who was announced as a partner of the Japanese entertainment company on June 10, appeared in a video that has been shared on social media, with some using the #StopAsianHate hashtag.

❰𝗔𝗻𝘁𝗼𝗶𝗻𝗲 𝗚𝗿𝗶𝗲𝘇𝗺𝗮𝗻𝗻 𝗜𝘀 𝗢𝘂𝘁!❱
In light of recent events KONAMI have decided to cancel the contract with Antoine Griezmann as their Yu-Gi-Oh! contents ambassador.

Konami are also calling on Barcelona to “explain the details” of the incident. The video game makers, who created the Pro Evolution Soccer franchise, have been club partners with Barcelona since 2016.

In a statement released on Wednesday, Konami said: “Konami Digital Entertainment believes, as is the philosophy of sports, that discrimination of any kind is unacceptable.

“Previously we had announced Antoine Griezmann as our Yu-Gi-Oh! contents ambassador, however in light of recent events we have decided to cancel the contract.

“With regard to our eFootball PES franchise, we will be requesting FC Barcelona as a club partner to explain the details of this case and its future actions.”

Konami has decided to end their contract with Griezmann following the leaked video with Dembélé. pic.twitter.com/1LMRN1PeIr

“All these ugly faces, just so you can play PES (Pro Evolution Soccer), aren’t you ashamed?” Dembele tells Griezmann.

“What kind of backward language is that?” and “Are you technologically advanced in your country or not?” he later adds.

Griezmann’s words are inaudible but the Barcelona forward can be heard laughing throughout.

❗️Antoine Griezmann and Ousmane Dembélé, in leaked video, appear to be mocking asian technicians in their hotel room who came to fix a technological issue, proceed to mock their looks, language and country’s supposed “technological advance”. pic.twitter.com/9fiBtyZxej

Dembele: “Recently, a private video from 2019 has been circulating on social networks. The scene happens to be in Japan. It could have taken place anywhere on the planet, I would have used the same expressions.”

“So I wasn’t targeting any community. I sometimes use these kinds of expressions in private, with friends, regardless of their origin.”

“This video is now public. I can therefore imagine that it could have offended the people present in these images. Therefore, I offer them my most sincere apologies.”

Griezmann: “I have always engaged against all forms of discrimination. For a couple of days now some people want to pass me for a man that I am not.

“I completely refute the accusations against me and I am sorry if I have offended my Japanese friends,” he added.