Beckham was invited by Gareth Southgate to drop in at the England base, where Harry Kane would meet him while Saka shyly asked for pictures. 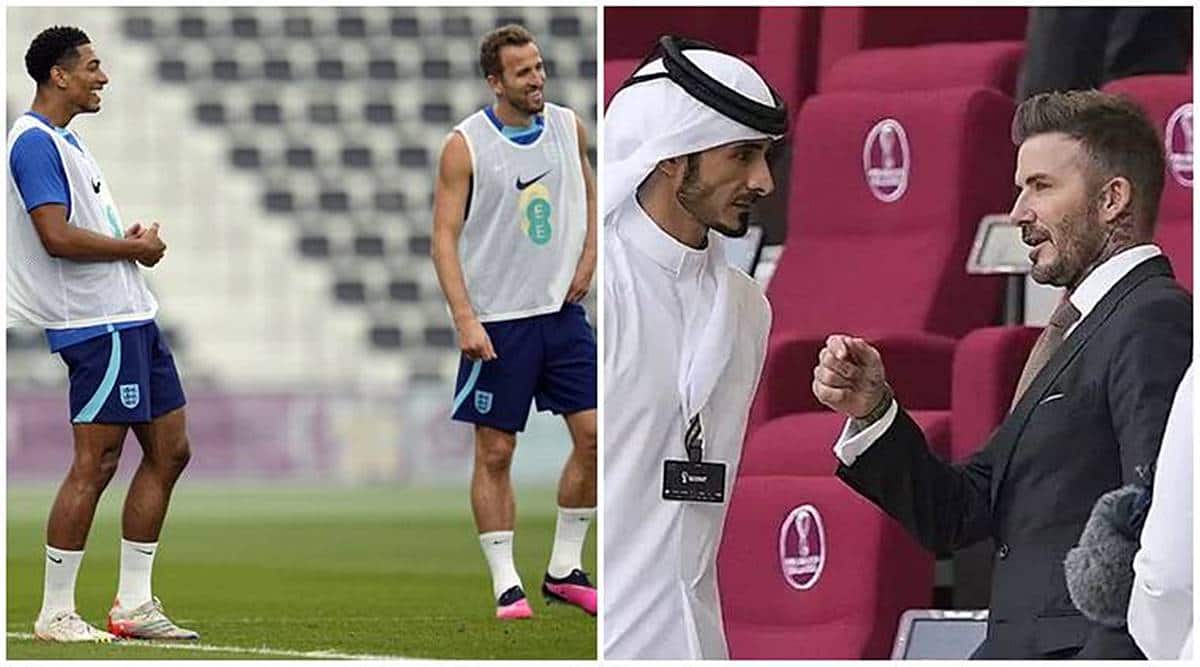 Harry Kane told England’s YouTube channel how he had grown up idolising David Beckham who went to the same secondary school as him – Chingford Foundation and Sunday league club Ridgeway Rovers.

Beckham was invited by Gareth Southgate to drop in at the England base, where Harry Kane would meet him while Saka shyly asked for pictures. Kane told England’s YouTube channel: “Becks went to my secondary school, Chingford Foundation. We both played for Ridgeway Rovers, our Sunday league team. He was my biggest idol when I was growing up. He was here the other day. We had a good chat. He was one of the best captains we ever had.”

Kane added he was drawing inspiration from Beckham after England legend turned up to show his support for the squad in Qatar.

The Tottenham striker and Three Lions captain first met Beckham, now 47, in 2005, and sought the midfielder’s thoughts on the current crop of England stars.

One of my favorite- football -photos! David Beckham says hello to the 11 – year old Harry Kane. The girl next to him, is Katie. Now his wife pic.twitter.com/yq8PzhxLbu

“I didn’t just ask questions about games or how he felt, it was more just getting to know his experiences, how he feels about our team, what he sees in our team. We had a chat about loads of things. He’s really excited for the national side. He loves watching us play.

“It’s great to have support from ex-players. They know how much it means to represent your country. They’re all part of the team,” Kane added.

Meanwhile, Bukayo Saka would request Beckham for a picture, while he was in conversation with ex-teammate Gareth Southgate and Jack Grealish, approaching the six-time Premier League winner shyly. “Saka, who barely a month old when Beckham scored that free-kick against Greece in 2001, said: “Sorry to interrupt, but can I have a picture with you?” He duly obliged, with the Inter Miami co-owner proudly posing for pictures with Jack Grealish, James Maddison and Trent Alexander-Arnold, ” talkSport wrote.

Kane would add of his next opponents France: “We’re facing a really good team on Saturday. But the boys are feeling really good and we want to carry that on. To win a World Cup, you’re going to have to play the best sides and France are definitely one of those. We have belief.”

Himachal Pradesh election results: 5 rebels to look out for – who are they, where will they go?